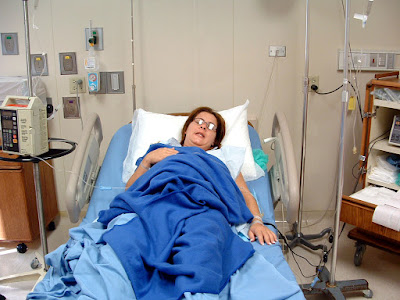 Disease and healing from a biblical viewpoint

“But why me?” She gasped between sobs.The tone was one of despair and disbelief. When the doctor told Susan that she had coronavirus, she was shattered. Like others, she questioned God’s love and justice: “Haven’t I been serving God faithfully?”

Man has always been baffled over disease. When the bubonic plague swept over medieval Europe, doctors and quacks were at their wits’ end, trying to determine its cause and find a cure. Some viewed it as a sign of God’s judgment against sin. Millions died as a result of the pandemic. Today, modern science attributes it to bacteria transmitted to human beings by the infected rat flea.

How does the Bible view sickness? Why does a loving God allow sickness? Does God send disease to punish those who sin? What is the place of faith in healing? Is seeking doctors for healing compatible with faith?

The original sin
When God created Man in the Garden of Eden, it was a perfect world--no disease,pain or suffering. But when Adam sinned, everything fell apart.

Man’s body became subject to degeneration, disease and death. Three score and ten were the years allotted to him. Thus sin caused Man’s body to be corruptible.

After Adam, Man plunged deeper into sin. He began to selfishly exploit the earth’s resources. The dream of sustainable development evaporated. In Silent Spring, Rachel Carson, warns that we are headed for an environmental disaster: birds might no longer herald springtime. People too will go to an early grave. She describes how DDT enters the food chain and accumulates in the fatty tissues of animals, including human beings, causing genetic damage and cancer.

The Israelites were promised blessings when they obeyed: prosperity, fertility and health. Conversely, if they disobeyed God, they were warned of punishment -- “boils, tumours, madness and blindness” (Deuteronomy 28: 27,28).

As they wandered in the wilderness, God instructed them to go outside the camp whenever they needed to defecate, dig a hole and bury the excrement (Deuteronomy 23:12-13). This simple form of sanitation helped to check the spread of disease. As these rules predate our understanding that microbes cause disease, we can only marvel at God’s wisdom in the Bible.

In general, God desires health and wellness for man. After all, one of his names is Jehovah-Rapha –“God our healer”.

But he allowed Satan to afflict Job with loathsome sores in order to test his faith. Sometimes he used sickness to punish, as in the case of Miriam, who turned leprous for rebelling against Moses.

He also used sickness to wake the backslidden up from their ‘spiritual slumber’. God’s messenger Isaiah warned ailing King Hezekiah to ‘set his house in order.’

Healing was as much a part of Jesus’ ministry as preaching. Those who were healed included lepers, the woman with the issue of blood, the paralytic and the blind man.

When Jesus was asked whether it was the man born blind or his parents that sinned, Jesus answered, “Neither did this man sin, nor his parents; but, that the works of God might be revealed in him.”

To the philosophical inquirer, this reply is unsatisfactory. We, too, should not expect God to answer all our whys, this side of eternity, whenever sickness strikes us.
God, who sends the sun and rain on the just and unjust, does not heal in every instance. Many sick people were lying beside the pool of Bethesda but Jesus singled out a paralytic and healed him.

When Jesus perceived the people lacked faith, he did not do many miracles (Matthew 13:58).

Whether he chooses to heal or not, God’s sovereign will is at work. We are told to pray in faith for healing and leave the results to God. Perhaps, those with healing gifts should bear this in mind rather than ascribe non-healing to a recipient’s unbelief. Acknowledging God’s sovereignty reflects a healer’s humility; it does not detract from his reputation or anointing.

“Those who are well have no need of a physician but those who are sick”(Luke 5:31). Obviously, Jesus does not discount the doctor’s role in treating diseases.
Often, the physician works alongside the Great Physician in healing. The apostle Luke, who wrote Luke’s Gospel and Acts, was a doctor who followed Jesus in the latter’s healing ministry.

Having faith does not necessarily mean we shun medical care. Isaiah ordered a poultice to be applied to King Hezekiah’s boil. Timothy was told to drink some wine for stomach ailments.

What if a healer claims to have received a rhema word from God that a patient will be miraculously cured without medical intervention ? Is there a place for such a stand? Yes, I believe God can heal in so many different ways, with or without medical means; we should not attempt to limit an infinite God. But the healer has to hear clearly from God, or run the risk of litigation when intravenous drips and life-support are all withdrawn and the patient succumbs to the illness.

Usually, disease results when our in-built defense mechanism loses its battle against a host of agents (germs, toxins and stress ). To a certain extent, we can take personal responsibility for our health (less so in rarer genetic and degenerative disorders).

As our body is the ‘temple of the Holy Spirit’( 1 Corinthians 6:19), we should treat it with respect . We need to abstain from smoking and adopt a healthy diet and lifestyle, including regular exercise, adequate sleep and stress management. An annual medical check-up aids in early intervention.

As we guard against the ‘root of bitterness’ and ‘not allow the sun to go down on our anger’, we are laying the foundations for mental health (Hebrews 12:15, Ephesians 4:26).

A monogamous, heterosexual marital relationship, where sex is exclusive, is one way to protect our ‘temple.’ Promiscuous sex promises transient thrills. But it’s a path tainted by guilt, regret and the risk of STD (sexually-transmitted diseases).

It’s only in the new heavens and new earth that man will be free from disease and suffering-- that’s when God wipes away every tear.

Meanwhile, as our aging bodies degenerate, we long to put on new bodies. Nothing can stop the relentless march of time. Not even the best antioxidants or plastic surgery can halt the graying, wrinkling and sagging.

AN  APPROACH TO SICKNESS:

When we are sick or minister to those who are sick, how do we approach the problem?

2. Seek medical care and pray for healing. They are not mutually exclusive.

4.  Acknowledge his sovereignty--he may heal/not heal. Commit the results to God.

5.  When healing does not happen, we need not condemn the one being prayed for.

6.  Be open to the possibility of miraculous healing without medical intervention.

7.  Do not try to get it all figured out--God’s ways are beyond us.

8.  His peace and presence will comfort us when all else fails.

A former church elder, Dr. Lim is a medical doctor. He continues to grapple with the meaning of sickness. He believes Man treats but God heals. Ultimately, God is sovereign.