A vibrant and living faith has to be lived out not only on Sundays but the rest of the week–in the marketplace. 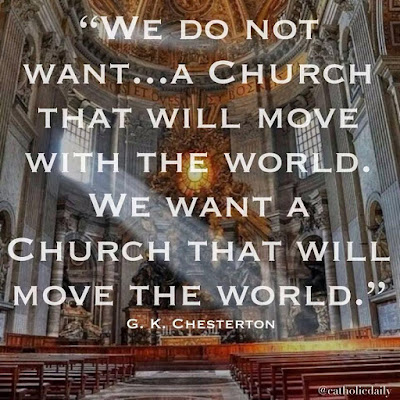 It is without doubt easier to appreciate God’s presence amidst rousing worship in church than in the marketplace. We tend to ask, “What has God to do with matters related to increasing sales, outdoing the competition and getting the best deals? Worse still, is He interested at all in hostile takeovers, wheeling and dealing?”

Indeed, for many, the marketplace – the world of commercial activity where goods and services are bought and sold – has gained such a “reputation” that it has made them question, “Is God in the marketplace?”

However, such a question becomes increasingly relevant when we realise most believers are lay people who spend only a few hours in a week in church; for the most part of the week, they are out there making a living. If their faith bears no relevance to the workplace, then their beliefs will amount to “churchianity”.

Spiritual-secular divide?
Imagine a teacher’s role in the classroom. In the Malaysian context, a teacher is usually a lady, and she gets to meet more than 100 students a day. Here is where she can shape and influence young lives. There is no necessity for her to resign and become a church pastor (unless God calls her specifically) before she can impact lives. She is already serving God in the marketplace.

Martin Luther said, "If a person was justified by faith in Christ, then . . . any work was God's work, whether it was ploughing the field, milling the corn, sweeping the house, or bringing up children." This, in effect, debunks the notion that the clergy are “first-tier”  while those in the marketplace are “second-tier”, spiritually-speaking.

Paul, the greatest apostle, sets us an example. He was a self-supported tentmaker who delivered the Gospel without cost to the hearers. We can find no trace of a secular-spiritual divide in his life.

Indeed, there shouldn’t be an artificial divide between the laity and clergy as both are actually “full-time” for God, not just the latter. Honest work, be it secular or spiritual, is held in high esteem in God’s eyes.

Go to where the people are

When Paul ministered, he went to the synagogue, the public square (where the common people gathered) and Mars Hill (where the wise men would meet for discussion). He met the people on their own turf and tried to connect with them. He did not appear condescending or “super-spiritual”. In fact, he praised them for being religious in that they built altars to their gods. He tried to find common ground before he shared the Good News. Paul seems to be saying to us: “Go to where the people are” (Acts 17:16-31).

Ed Silvoso, best-selling author of Anointed for Business, defines marketplace as a combination of various entities: business, education and government.  He believes that the church is not just an organisation but “an organism created by God that needs to permeate the marketplace.”

The increasing presence of fellowships in the workplace during lunch hour testifies to an emerging trend – that God’s presence can be felt even on weekdays. In fact people can often reach out to their colleagues better than the clergy as many are averse to stepping foot into the local church.

What does Jesus mean when He says the “kingdom of God is within you or in the midst of you?” (Luke 17:21). This kingdom is a spiritual reality which exists in the heart of believers, provided they yield to God’s rule and authority; it is not confined to a particular place (read church building) or a select group (read clergy). So let His kingdom advance; let it influence and impact the marketplace.

But before the church can impact the marketplace, our mindset has to be transformed in the following areas:

First, the sanctity of work needs to be rediscovered. Adam was given the task of tending the garden and subduing the earth even before he fell into sin. Work was not a curse in the beginning. It became a curse only after Adam sinned – “out of the sweat of your brow” you shall earn a living.

Embracing a positive work culture includes working heartily “as unto God” and not out of eye-service when the boss is around, going the second mile, demonstrating calmness amidst distress, pursuing excellence, always finding ways to improve the system and living a life of integrity. When we shine like lights in the workplace, our colleagues and superiors will be wondering what it is that makes us tick. This might then be an occasion for verbal witness.
Believers need to understand and reclaim the theology of the priesthood of believers. The apostle Peter affirms that we are a royal priesthood (1 Peter 2:9). We are all “priests” and “kings”. We are able to minister to others because our competence is from God (2 Corinthians 3:5, 6). The Holy Spirit empowers us to perform the task God has called us to do as well as guides us with wisdom and knowledge. However, we still need to submit to the spiritual authority of church leaders and recognise the special offices appointed by God (Ephesians 4:11, 12).

Some believers have entrepreneurial flair. These are the captains of the industry, the movers and shakers. Bold, creative and decisive, they can easily set up a deal through their wide connections with key people in business and politics. Some call this gifting the “kingly anointing” and those who have it “rule and reign”.

Imagine what can be achieved when the clergy work hand-in-hand with Christian entrepreneurs to impact the community. The latter provides the financial resources for outreach and social transformation. While church leaders have the spiritual elements-- the passion and direction -- businessmen are the ones with the resources to do God’s work in a big way. In return, the clergy can encourage, affirm and pray for the entrepreneurs. These business people need special covering in prayer and accountability partners, being more vulnerable to the lure of money, pleasure and power.

Outreach: Church ministries can be supported by tithing and special offerings. However, the mission of reaching cities and nations needs the resources from entrepreneurs. Furthermore, businessmen are the best people to reach out to their own kind as is evident in the ministry of organisations such as the Full Gospel Business Men’s Fellowship (FGBMF).

Social transformation will need plenty of financial resources if it is to impact the nation in a big way. Here is where wealthy businessmen can play an important role, helping to build affordable housing, schools, colleges, orphanages and retirement homes.

If the church wants to make a significant dent in society, it has to discard the notion that poverty is piety. “There have been three factors that have changed society far more than anything else, namely violence, knowledge and wealth. And the greatest of these is wealth,” emphasises C. Peter Wagner in his book, The Church in the Workplace. Indeed, wealth is the indispensable “fuel” for social transformation.

Many would immediately react and say, “Tut-tut … another proponent of the prosperity Gospel.” But Wagner offers no apology. He believes that for the kingdom of God to advance in the 21st century, two things have to be in place: productive workplace ministers and transfer of wealth. “A poverty mindset is not just a psychological problem,” stresses Wagner. It “hinders the people of God from stepping up and taking their rightful dominance over God’s creation.” Citing Deuteronomy 28:11 and 3 John 2, he affirms that it is God’s will for His people to prosper (To him, prosperity has four facets: material, spiritual, physical, and social). However, this teaching in no way undermines the need for spiritual insight, prayer and spiritual warfare before society is transformed.

Whether we’re holding a humble position, like Nehemiah, or in a leadership role, like Joseph, we can make a difference in the marketplace. Both of them served kings who professed alien religious beliefs and customs. But they remained pure in a foreign land, found favour in the kings’ eyes and did great exploits for God. Nehemiah rebuilt the walls of Jerusalem while Joseph averted a famine, thus saving his people and the Egyptians.

The call to be “separate from the world” (2 Corinthians 6:17) does not require us to withdraw ourselves physically from the marketplace to be in the company of believers. Otherwise how can we function as “salt” to slow down the process of decay in the world? Rather, it is a call to see ourselves as a chosen people who have been changed from within. We are in the world, but not of the world (1 Peter 2:9).

God is certainly alive and kicking in the marketplace … that is true if we, as agents of change, allow Him to work in and through us.