Sometimes we think that being led by the Spirit means our mind is either passive or plays only a minor role. Nothing could be further from the truth.

Thoughts determine our character, destiny and worldview. That’s why it’s important to renew our minds with the unchanging Word of God. 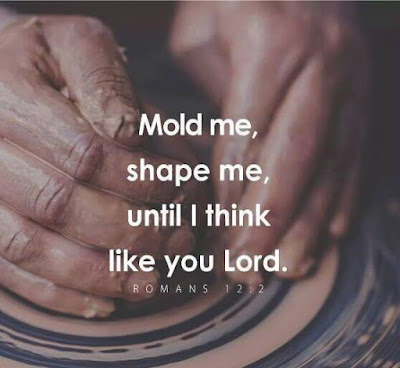 We seem to be bombarded by the world’s ideology at almost every turn, whether at work or play. We may even succumb to its influence. That’s why Romans 12:2 warns us: "Do not conform to the pattern of this world, but be transformed by the renewing of your mind. Then you will be able to test and approve what God’s will is—his good, pleasing and perfect will."  Another way of rendering non-conformity to the world is: "Do not let the world squeeze you into its mould." 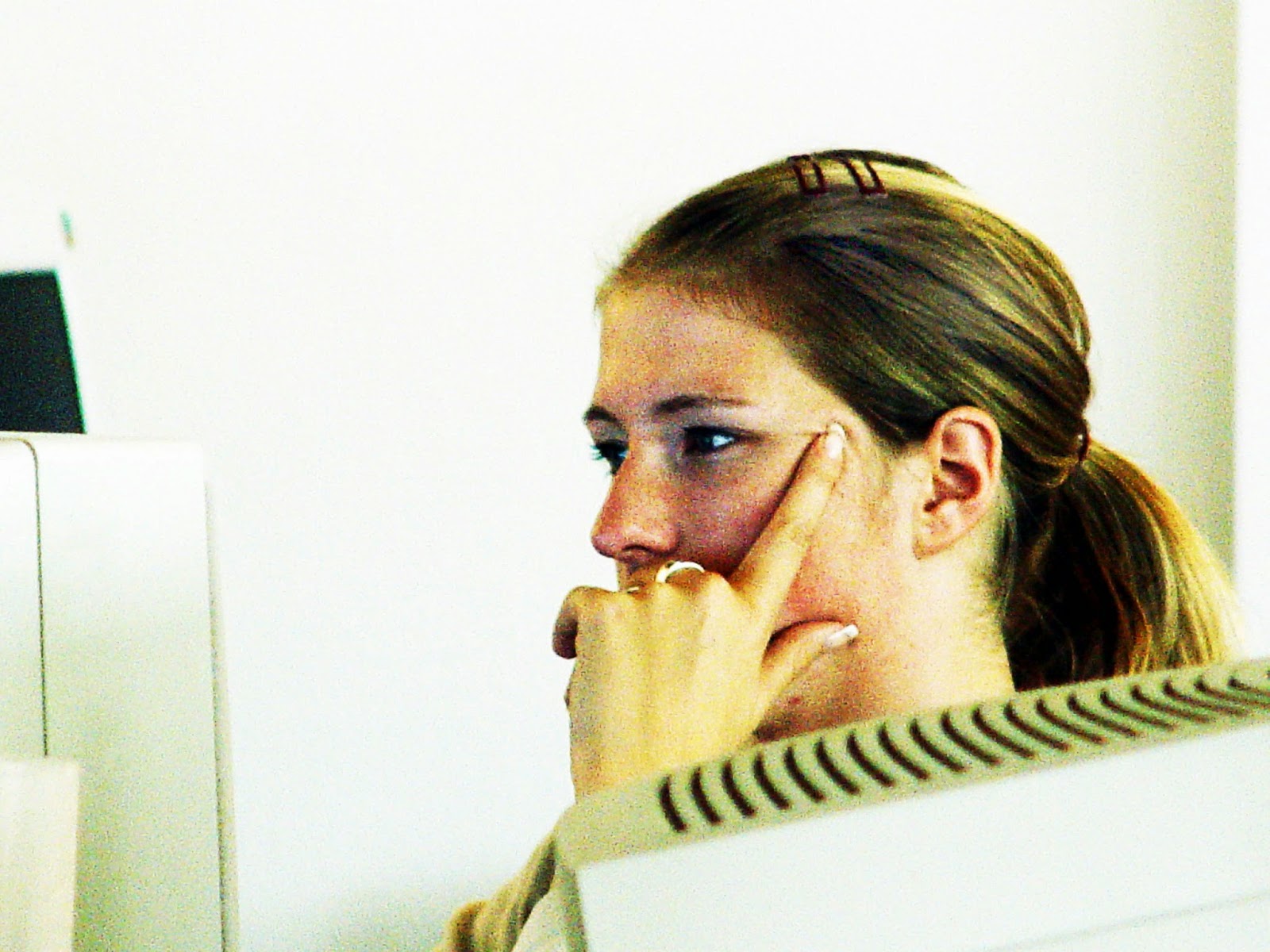 But how do we renew our minds to face this onslaught of lies?

For many, it’s a staple diet of five-minute devotional time amid the weekday morning rush with the pulpit message on Sunday as a “supplement”. An annual church camp and a mission exposure trip help to boost flagging spirits.

But we need more than that. We need to study God’s Word in its depth and breadth, meditate on it, and pray for the strength to obey. Scripture memory really helps when the Word is needed during temptations and challenging times.

Renewal of the mind starts with hunger. The problem is not a lack of time to engage in serious Bible study but one of attitude. The stock excuse is “I don’t have time”. But if we really search deep within, the real reason is more like “I have not really sorted out my priorities”.

A man is literally the product of his thinking. Based upon this important truth, author James Allen wrote his acclaimed self-help book, “As A Man Thinketh”.

“Men imagine that thought can be kept secret but it cannot. It rapidly crystallises into habit, and habit solidifies into circumstances,” writes Allen. For example, evil thoughts give rise to sensuality and drunkenness and later result in poverty and disease.

If we sincerely desire to see change in our inner man, this can only come through continual sipping at the springs of Living Water, God’s Word. Only then can we embrace the mind of Christ — one of humility and humble service (Philippians 2: 5-8). And be filled with heavenly wisdom, which is characterised by purity, peace, gentleness and good fruits (James 3:17).

Apart from shaping our character, a renewed mind empowers us to fulfil our destiny — that we may come into the fullness of what God has in store for us and enter the Promised Land.
God’s plan for our lives dates back to the time we’re in our mother’s womb (Jeremiah 1:5) but all remains dormant until God gives us a revelation of who we are in Him — not just the logos but the rhema word.

Gideon saw himself as defeated, bereft of hope, as the Midianites invaded his homeland. Offering no resistance to the enemy, he was threshing wheat when God spoke to him through the angel, “The LORD is with you, you mighty man of valour … Go in this might of yours, and you shall save Israel from the hand of the Midianites. Have I not sent you?” (Judges 6:12, 14).
Earlier he had thought he was incapable of leading Israel against their enemies — coming from the weakest clan and being the most insignificant in his family. All that changed when God called him and gave his self-image a boost.

One can see a cup as half-empty or half-full and, in both instances, one is right. Gideon saw himself as “empty” when he was threshing wheat. But when God called him, his mind was renewed. He then saw himself anew, and was filled with courage and boldness. And, as they say, the rest is history.

Whilst renewing the mind is an important key to spiritual transformation, we must not put intellectual pursuit on a pedestal and neglect other key areas like love, obedience and the role of the Holy Spirit.

George Verwer of Operation Mobilisation recalled the time when he went with someone to the office of Billy Graham. None of the office staff noticed them except the receptionist. They were too pre-occupied with an evangelistic campaign to pay attention to outsiders. Then Graham walked in and started shaking hands with everybody. He went over to greet both Verwer and his friend. Though much busier than the office staff, he had time to spare for others. He was full of warmth and love. Similarly, ministers and theologians must remain down-to-earth and be able to connect with ordinary folks.

For all his scholarship (he wrote most of the books in the New Testament), Paul was neither cold nor aloof. He demonstrated unconditional love for the believers at Corinth: “I will gladly spend myself and all I have for you, even though it seems that the more I love you, the less you love me” (2 Corinthians 12:15).

Jesus was equally at home whether he was preaching, attending a wedding, dining with sinners or blessing the children — equally spiritual and human.

Recognising the role of the Holy Spirit and being able to sense His leading are just as important as renewing our minds with the Word. Someone rightly puts it: “Too much Word and you dry up, too much Spirit and you blow up, the Word and the Spirit and you grow up”.
We need to check ourselves if we have been long on doctrine and short on practice. At the end of the day, head knowledge must grow in tandem with loving acts and practical ministry.

Once our minds have been renewed by the Word, we realise how important it is to live in light of eternity, not just for the “here and now”. And in these tumultuous end times — when biblical prophecies are being fulfilled with startling accuracy — a focus on the eternal is all the more cogent and relevant.

The political upheavals in North Africa and the Arab states, earthquakes in Haiti and Christchurch and the recent catastrophe which hit Japan (earthquake, tsunami and nuclear fallout) clearly reinforce what Jesus predicted as signs of the beginning of the end: “wars and rumours of wars … earthquakes in various places … all these are the beginning of birth pains” (Matthew 24:6-8).

The earth is like a spaceship hurtling into outer space at breakneck speed towards the day when Christ returns. The difference from Star Trek is that all the Captain Spocks (world leaders) cannot seem to fix a rocking craft that is out of control.

Clearly, God is shaking the earth as never before (Hebrews 12:26). How then shall we live?
Peter exhorts us to be alert and sober that we may pray, to love one another and utilise whatever gifts or resources God has given us to glorify Him (1 Peter 4:7-11).

Paul instructs us to live circumspectly, make the most of every opportunity, seek to understand God’s will for our lives and be filled with the Holy Spirit (Ephesians 5:15-18).

And in order that the Gospel may reach every nation (Matthew 24:14), we have to play our part in the Great Commission, whether it’s to go, pray or give financial support to those who go (Matthew 28:18-20).

The parable of the ten virgins warns us to be numbered among the wise virgins who, ever watchful of the bridegroom’s return, had oil for their lamps.

Being watchful is not quite easy to figure out. You might say, “Bills have to be paid, food has to be laid on the table, children have to be educated. How can I just watch?” But we’re told not only to watch but to occupy ourselves productively until He returns, whether it is serving Him or engaging in whatever trade we’re called to. Won’t there be two men working in the field when Christ returns and one is taken, one is left (Matthew 24:40)?

Watching does not imply twiddling our thumbs as we gaze towards the heavens. It implies a God-consciousness in our lives, not just doing our own thing. The ones who were eating and drinking, and marrying and giving in marriage in the days of Noah (before the flood) had clearly excluded God in their lives. They were swept away when the great deluge came. And Jesus warns us not to have that same spirit of reckless abandon so that we won’t be caught off guard when He returns.

Everyone has to seek God as to what He wants him or her to do. As we continually renew our minds, the Holy Spirit will guide us and even show us the things which are to come (John 16:13).

The above article was first published in Asian Beacon magazine, April 2011, issue 43.2.