WHAT IS THE DIFFERENCE BETWEEN SELF-ESTEEM AND PRIDE?

Many fail to recognise the difference between self-esteem which is positive and pride which is negative. 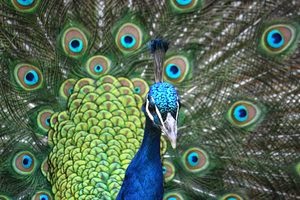 “I am not good at it, just so so.” We often depreciate ourselves instead of learning to acknowledge a compliment. Instead we ought to have said, “Thank God, He has given me this gift or talent.”

Having the right estimate of ourselves is so important – too high an estimate smacks of pride whereas too low an estimate is detrimental to our self-image.

Undoubtedly, believers are to emulate Christ as an example of humility (Philippians 2: 8). We are told not to be proud. But this is not to be equated to "low self-esteem". Many make the tragic mistake in not recognising the difference between self-esteem which is positive and pride which is negative.

Gideon had a poor self-image. He saw himself as coming from the weakest clan and as the least among his family members (Judges 6: 15). But the angel of God gave him a boost for his morale when he said, “The LORD is with you, you mighty man of valour" (Judges 6:12). He then went on to lead an army to defeat his enemies.

If believers embrace a healthy self-image, the church will have no lack of people serving in various ministries, be it worship, teaching or administration. The caveat is that they remain humble and have a servant’s heart.

RELATED POST
IS SELF-CONFIDENCE DESIRABLE?
http://bit.ly/1da2Zxf
Posted by P A Lim at 20:47