OF CELIBACY AND CHASTITY

And chastity is not “no sex” but “no unlawful sex outside marriage”.

The crux of the matter is sexual purity—whether one attains sexual fulfillment through marriage or abstains from sexual relationships by virtue of one's gift of celibacy. 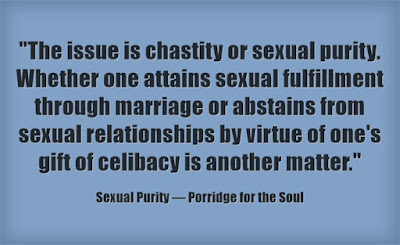 Not everyone has the gift of celibacy, like the apostle Paul. For most, marriage is the norm as we are wired that way.

In 1 Corinthians 7:7, Paul writes: “But I wish everyone were single, just as I am. Yet each person has a special gift from God.”

In citing his own unique situation, Paul does not condemn those who seek to be married. In fact, he says those who cannot control themselves should “marry rather than burn with passion”.

Addressing the issue of moral purity, Paul affirms in 1 Thessalonians 4:3-5:
God’s will is for you to be holy, so stay away from all sexual sin. Then each of you will control his own body *and live in holiness and honor— not in lustful passion like the pagans who do not know God and his ways.

Notice from this passage in 1 Thessalonians, it is implied that self-control is, in a sense, made easier when a man has a wife. At least, he will not be so easily tempted (hopefully) when his wife is sexually available to him. (The reverse is also true: when a lady has her husband to meet her sexual needs).

Elsewhere, in Hebrews 13:4, we read:
Marriage is honorable among all, and the bed undefiled; but fornicators and adulterers God will judge.

So the contention that moral purity can be attained only through sexual abstinence (as in celibacy) is untenable since, in God’s eyes, what goes on between the sheets on the marriage bed is above reproach.

Paul, though he was single, asserts that apostles have privileges too, including the right to get married (1 Corinthians 9:5). So celibacy is certainly not an invariable requirement for serving God, even if it is service of the highest order.

After all, God created us male and female, each with distinctive features and having a natural affinity and desire for the opposite sex.

We shouldn’t be ashamed of sex because it is God’s fantastic idea – and not a creation of Hollywood or Playboy. He meant it for intimacy, recreation and procreation.

It’s only when sex is outside marriage – be it fornication or extramarital sex – that it becomes impure. 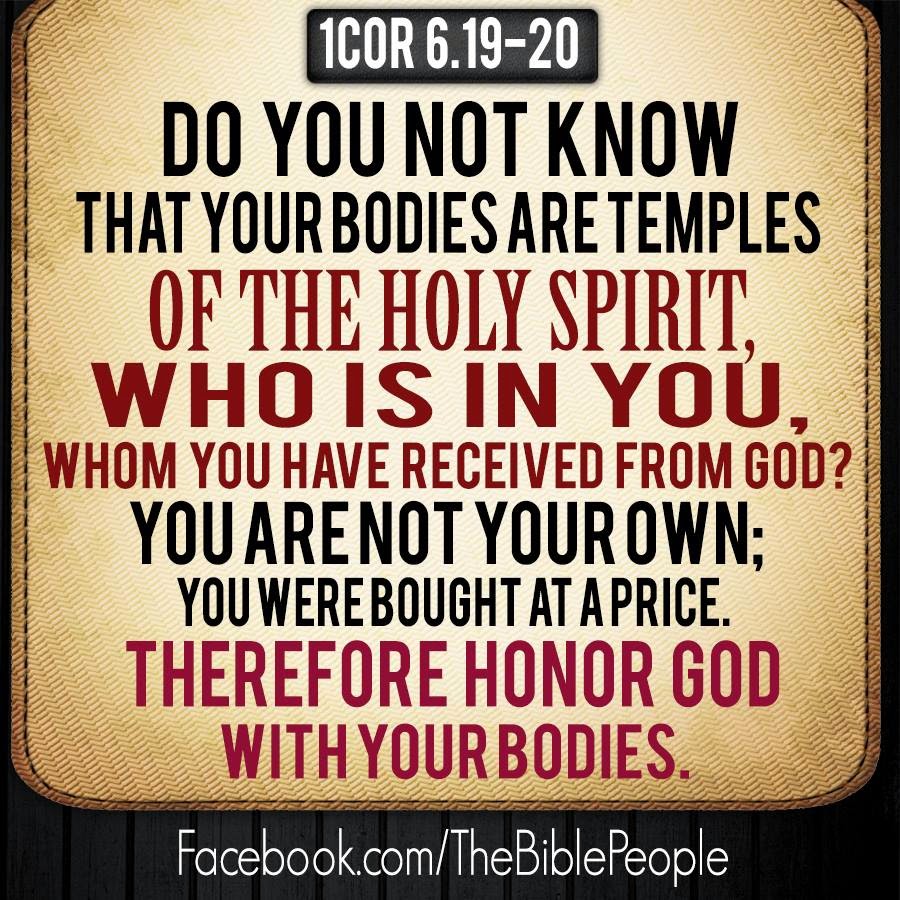 'Safe sex' is not just about putting on a protective sheath. To be safe from God's judgment, we have to follow His laws.

THE SPLENDOUR OF LOVE
http://limpohann.blogspot.com/2012/05/thesplendour-of-love-whatmakes-love.html