Understanding the underlying dynamics of these two factors is often the first step towards conflict resolution.

There are many reasons why conflict is likely among married couples. 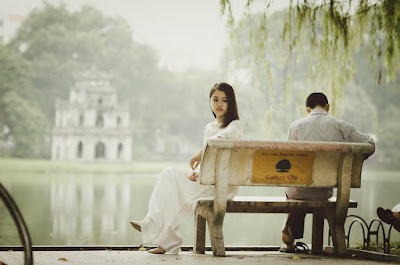 Firstly, the sexes are wired differently. We may not fully agree with John Gray (author of Men Are from Mars, Women Are from Venus) that men and women are as different as beings from different planets. But understanding the gender difference in communication styles and emotional needs is often the first step towards building a happy marriage.

Basically, women tend to be more emotional. Their talk aims at intimacy. Men, however, are usually more practical and task-oriented. They focus objectively on the solution to the problem.

Secondly, differences in personality, values, socio-economic background and family upbringing can drive a wedge between married couples. Tensions can arise for Chinese couples of different dialects as each dialect has its own traditions and attitude towards money, which may set the stage for conflict (say, for example, one is Hokkien and the other is Cantonese).

Thirdly, we are all imperfect individuals and, as such, are likely to falter and sin. We will never be able to meet one another’s expectations. We all have our follies and foibles. We will have to look to Christ, the perfect One.

The key is to acknowledge that differences will always be there, learn to accept what cannot be changed and then celebrate our diversity.

Apart from personal differences, the stress of earning a living and raising a family aggravate an already tense relationship.

Workplace stress—such as tight deadlines, unrealistically high goals or sales targets, being chided by the boss—can result in an explosive situation at the end of a working day.

How children are raised is another potential flashpoint. One parent may be lenient while the other may be strict. So a clash of values, whether love should be soft or tough, results.

Often both parents have to work if the couple chooses to stay in the city where amenities are easily accessible. As inflation drives the prices of houses, education, healthcare, food and transport upwards, this dual income trend has become increasingly prevalent.

It is wise for a young couple to stay away from their parents when they are starting a family of their own to minimise the potential of in-law problems. But not all couples are able to leave and cleave. Some have to stay with either of their parents for economic reasons or otherwise. For example, a grown-up son may be a ‘mummy’s boy’, still tied to her apron strings.

When the child (or the couples’ parent) falls sick or gets hospitalised, then the stress level is raised further. The couple then becomes the “sandwich generation”, responsible for looking into the needs of those before and after them, besides earning a living.

One spouse may have to take leave (or even stop work) to handle the problems at the home front. The family income may drop and thus the couple's bone of contention may shift to one of finance.

When the stress of daily living compounds personal differences, even a mature couple, who were once lovey-dovey, can be tested to near breaking point. Can love, romance and fidelity—values they cherished so much before getting hitched—sustain their marriage?

Young couples must be cognizant of the fact that conflicts in marriage are likely to arise. As such, they must be well-prepared to adapt to each other and commit everything in prayer to God—their strengths, weaknesses and idiosyncrasies.

When external forces threaten to add fuel to the conflict, they need to solve the problem together rather than treat one another as enemies.

God’s plan is for a man and woman to leave their parents and be joined together intimately in a permanent relationship. They are to be “one flesh” for as long as they live on this earth (Genesis 2:24). A firm belief in this God-ordained institution of marriage is the basis for a lasting relationship.  http://bit.ly/2x1B1kj 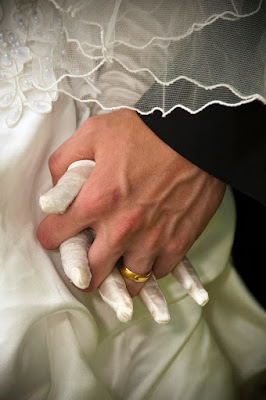 The apostle Paul held a high view of marriage, comparing it to the relationship between Christ and the church: “Submit to one another out of reverence for Christ. As the church submits to Christ, so you wives must submit to your husbands in everything. And you husbands must love your wives with the same love Christ showed the church” (Ephesians 5: 21,24,25).

If married couples embrace the principles of mutual respect, submission and love, the likelihood of marriages ending up on the rocks is lessened. 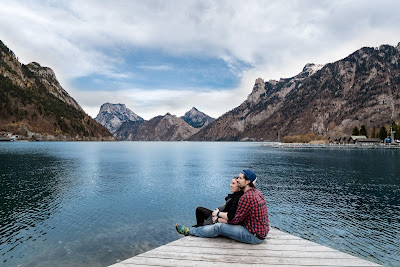 “USE AND THROW” MENTALITY
In these days when we're accustomed to a "use and throw" mentality—what with the advent of styrofoam boxes for food takeaways—commitment in marriage is becoming increasingly rare.
http://bit.ly/2k79L2U

RESOLVING MARITAL CONFLICT
Singles and married couples alike will learn valuable lessons as they witness the reconciliation of two broken people in the movie, "FIREPROOF". God can heal a broken relationship—even if it seems irreconcilable—if we follow His ways.
http://bit.ly/2ycMKlc

HAPPILY EVER AFTER
Marital bliss, like trouble-free motoring, depends on one thing: Follow the prescribed manual.
http://bit.ly/2x1B1kj

LOVE AFFAIR GONE AWRY
Anna Karenina, a romantic drama set in Imperial Russia, depicts a love affair with a tragic ending. Sin has a price. You may be sure of that. “Sin will take you further than you want to go, keep you longer than you want to stay and cost you more than what you are willing to pay.”
http://bit.ly/2yLOoqZ

MARRIAGE COMPARED TO RELATIONSHIP BETWEEN CHRIST AND THE CHURCH

Husbands, love your wives, as Christ loved the church and gave himself up for her, that he might sanctify her, having cleansed her by the washing of water with the word, so that he might present the church to himself in splendor, without spot or wrinkle or any such thing, that she might be holy and without blemish. In the same way husbands should love their wives as their own bodies. He who loves his wife loves himself.

For no one ever hated his own flesh, but nourishes and cherishes it, just as Christ does the church, because we are members of his body. “Therefore a man shall leave his father and mother and hold fast to his wife, and the two shall become one flesh.” This mystery is profound, and I am saying that it refers to Christ and the church. However, let each one of you love his wife as himself, and let the wife see that she respects her husband.