Preparing our children to be independent is one of the important goals of parenting. Often this means teaching them things which schools are not able to provide. 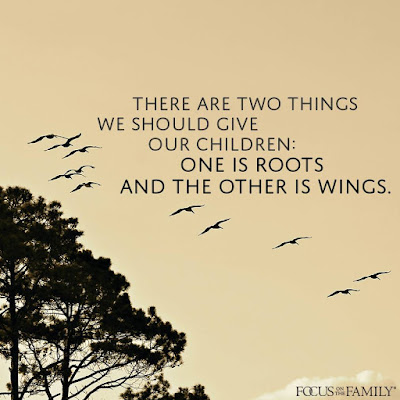 The ultimate goal of parenthood is to produce responsible and upright adults who are able to raise families of their own and assume a productive role in society. As such, parents have an onerous task on their hands, preparing their kids* towards autonomy.

This goal of autonomy gels with God’s original injunction to man: “Be fruitful and multiply, fill and subdue the earth” (Genesis 1:28).

God desires that man rule over the rest of His creation, optimise the use of all the resources given to him and bequeath it to future generations — in keeping with sustainable development.

By autonomy, we mean physical maturity, moral rectitude, ability to raise a family, capacity for making rational decisions, playing a productive role in society … the list goes on.

It’s like how the boy Jesus grew in stature and wisdom and found favour in the eyes of God and man (Luke 2:52). It is not about being rebellious, stiff-necked adults who cut themselves off from their parents once they become independent.

This will involve teaching and training their children in the things of God (Deuteronomy 6:6-7; Proverbs 22:6), not just providing for their physical needs or helping them to excel academically.

Raising intelligent and materialistic kids who are spiritually bankrupt is a pitfall to be avoided in today’s fast-paced, go-getter world.

Parents are to nurture their children’s gifts and talents so that the latter can shine for God’s glory in the best possible way.

This implies that parents should not object if their children should choose vocations on the basis of their talents and inclinations; for example, in fields such as music or teaching.

When it comes to career choice, parents’ radar should extend beyond traditional bastions of security and respectability — medicine, law, accountancy or engineering.

It would be cruel if parents were to use force on their children to live out their own (parents’) unfulfilled dreams.

Teaching:
“These commandments that I give you today are to be upon your hearts. Impress them on your children. Talk about them when you sit at home and when you walk along the road, when you lie down and when you get up” (Deuteronomy 6:6-7).

Training:
“Train a child in the way he should go, and when he is old he will not turn from it” (Proverbs 22:6).

In fact, parents should also teach their children many things which formal education often fails to impart:
http://limpohann.blogspot.com/2012/05/what-education-does-not-teach-us-we.html

RELATED POSTS
WHAT WISE PARENTS DO FOR THEIR KIDS
How can parents provide for their children, financially speaking?
http://limpohann.blogspot.com/2013/07/what-wise-parents-do-for-their-kids.html

NO FREE LUNCH
Parents need to instill a sense of autonomy and personal responsibility in their kids. Being firm to our kids is necessary if we want to be kind to them in the long run.
http://limpohann.blogspot.com/2012/12/no-free-lunch.html

CULTIVATING SELF-SUFFICIENCY
No doubt those in need deserve help for a season. But they should not continually lean on others for support as this perpetuates a “dependency syndrome”.
http://limpohann.blogspot.com/2013/03/cultivating-self-sufficiency.html

* Why didn’t God create ‘ready-made’ adults as in the case of Adam and Eve? Why are humans born helpless as babes, having to be fed and nurtured for many years before they become independent?