If you know it’s the last time you are going to see someone, you make sure you leave behind the most significant and precious words.

What can we learn from Paul’s farewell message to the church at Ephesus as well as his last words from prison to young Timothy?

“So guard yourselves and God’s people. Feed and shepherd God’s flock—his church, purchased with his own blood—over which the Holy Spirit has appointed you as elders.  I know that false teachers, like vicious wolves, will come in among you after I leave, not sparing the flock. Even some men from your own group will rise up and distort the truth in order to draw a following.”
“And now I entrust you to God and the message of his grace that is able to build you up and give you an inheritance with all those he has set apart for himself.”
(Acts 20: 28-30, 32). 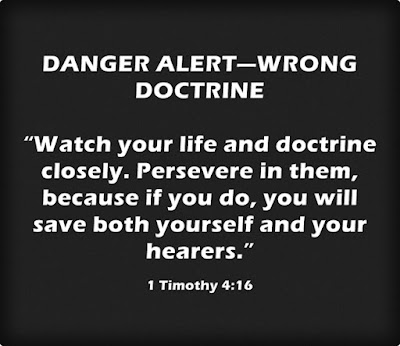 Paul’s last words to Timothy have a strikingly similar tone. The former, who was then holed up in a damp and chilly dungeon, charged the young disciple to preach sound doctrine and defend the truth amid false teaching.
“I solemnly urge you in the presence of God and Christ Jesus, who will someday judge the living and the dead when he appears to set up his Kingdom: Preach the word of God. Be prepared, whether the time is favorable or not. Patiently correct, rebuke, and encourage your people with good teaching.
For a time is coming when people will no longer listen to sound and wholesome teaching. They will follow their own desires and will look for teachers who will tell them whatever their itching ears want to hear. They will reject the truth and chase after myths.
But you should keep a clear mind in every situation. Don’t be afraid of suffering for the Lord. Work at telling others the Good News, and fully carry out the ministry God has given you.”
(2 Timothy 4:1-5). 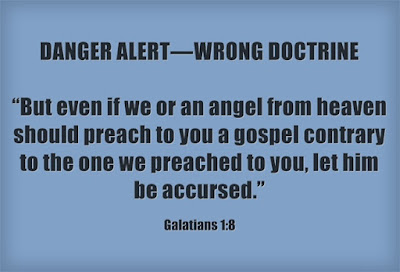 We can glean precious lessons from these two passages which record for us Paul’s parting words.

First, the paramount importance of preaching the truth, the Word of God, irrespective of the season. The flock needs to be fed the solid Word, especially when there is false teaching (heresy) that it is so enticing; it tickles and soothes “itching ears”. People are naturally drawn away from truth to distorted versions of truth because the latter give them the “feel good” sensation.  There is a great need not only to teach and encourage (positive) but also to correct and rebuke (negative).

Paul was also apprehensive that both the church he founded at Ephesus and the church he was about to leave under young Timothy’s care will not be able to persevere under unfavourable conditions when he (Paul) is no longer around.

That is why he had to entrust the church at Ephesus to God and the Word (Acts 20:32) so that their faith might endure, that finally they will be able to receive their heavenly reward.

It is imperative for leaders to confront false teaching during these perilous end times. If they can identify with Paul the seriousness of the task they have been entrusted with – to feed the flock with solid teaching from the whole Word of God (Acts 20:27) as well as to correct and rebuke heresy (2 Timothy 4:2) – then people will not be so easily led astray from the faith.

SEEKER SENSITIVE OR MARKET FRIENDLY APPROACH
Does not the philosophy of the apostle Paul — as outlined in the following passage — sound as being accommodating to those who are seeking the truth?

While it is good to be accommodating to pre-believers, we should not do it in a way that will compromise the truth.

WHY PERSEVERANCE IS NEEDED
http://limpohann.blogspot.com/2012/08/pulling-up-our-spiritual-socks.html

We should be wise up by preparing ourselves against deception. Jesus warns that deception will be a prominent feature during the end times (The Olivet Discourse, Matthew 24).

Believers have to be wise – in fact, extremely vigilant and discerning – if they want to stand up against deception in these last days. Satan is like a roaring lion who seeks to devour the weak and unwary (1 Peter 5:8).

“Dear friends, do not believe every spirit, but test the spirits to see whether they are from God, because many false prophets have gone out into the world” (1 John 4:1).
Posted by P A Lim at 01:40