Hyper-grace tells us that believers only need to change their mind (correct their past erroneous thinking) when they repent. Is this what the Bible teaches?  **

This argument that repentance merely involves “changing one’s mind” does not hold water in light of various scriptural references. While it is true that repentance and the believer’s ongoing spiritual journey involve renewing of the mind (Romans 12:1-2), it does not stop there (at the level of the mind).

Repentance must involve a change in thought and behaviour – and goals, aspirations and lifestyle as well. 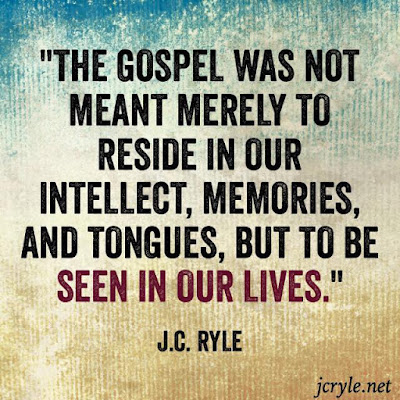 Most of us are familiar with the account of the woman caught in the act of adultery (John 8:3-11). The crowd nearly wanted to stone her but Jesus forgave her. Jesus told her, “Neither do I condemn you; go and sin no more.”

What Jesus meant was that this adulterous lady had to stop living in sin and seek restoration with her husband.

It would be ridiculous for Jesus to tell her: “Now you have been forgiven; go back to your lover. It’s OK. God continues to forgive you even if you decide to keep your lover. My dear lady, it’s erroneous for you to think otherwise. From now on, start thinking aright. Get your thinking straightened out. Don’t think that God has not forgiven you.” 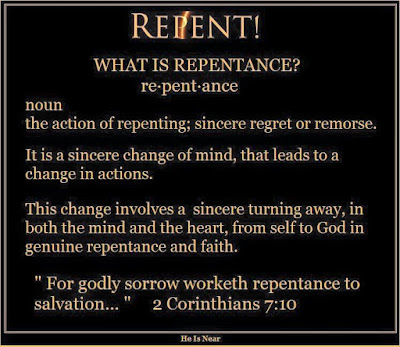 The thief should stop stealing and find honest work (Ephesians 4:28). Those who love to lie and gossip must stop their negative behaviour. Those who make idols should start looking for alternative jobs or businesses.

Sometimes, repentance involves a drastic change at great personal cost:
“Many who became believers confessed their sinful practices. A number of them who had been practicing sorcery brought their incantation books and burned them at a public bonfire. The value of the books was several million dollars” (Acts 19:18-19).

Mr. Practical, the apostle James, underscores for us the fact that genuine faith has to be evidenced by good works:
“Thus also faith by itself, if it does not have works, is dead” (James 2:17)

“For as the body without the spirit is dead, so faith without works is dead also” (James 2:26).

We need to be reminded of the words of John the Baptist: “Prove by the way you live that you have repented of your sins and turned to God” (Matthew 3:8).

Finally, what can be clearer than what comes direct from the apostle Paul in Acts 26:20: “First to those in Damascus, then to those in Jerusalem and in all Judea, and then to the Gentiles, I preached that they should repent and turn to God and demonstrate their repentance by their deeds.”

Do we really need to go any further into lengthy theological discussion as to what constitutes true repentance? I rest my case.

Tozer warns: "Heresy is not so much rejecting as selecting. Faith is good only when it engages truth; when it is made to rest upon falsehood it can and often does lead to eternal tragedy."

Review is by Grant Norman.

A false definition of repentance:     **
Prince defines repentance as simply a change of mind. It is not to feel conviction, confess our sins and turn from them. If a believer has no sin, he reasons, how can he repent?
By the way, for all of you who feel that there should be more preaching on repentance, do you know what the word “repent” means in the first place? The word “repent” is the Greek word metanoeo, which according to Thayer’s Greek Lexicon, simply means “to change one’s mind”. But because we have been influenced by our denominational background as well as our own religious upbringing, many of us have the impression that repentance is something that involves mourning and sorrow. However, that is not what the Word of God says. Repentance just means changing your mind. (Destined to Reign p.234)
Prince’s idea of repentance is simply a ‘change of mind’, without any sorrow for sin. Compare that with Paul’s words to the Corinthians:
I now rejoice, not that you were made sorrowful, but that you were made sorrowful to the point of repentance; for you were made sorrowful according to the will of God, so that you might not suffer loss in anything through us.
For the sorrow that is according to the will of God produces a repentance without regret, leading to salvation, but the sorrow of the world produces death.
2 Cor 7:9,10
Repentance comes as a result of sorrow for our sins. Godly sorrow, only possible after we have identified and acknowledged our sins, leads to a changed life.
For behold what earnestness this very thing, this godly sorrow, has produced in you: what vindication of yourselves, what indignation, what fear, what longing, what zeal, what avenging of wrong! In everything you demonstrated yourselves to be innocent in the matter. 2 Cor 7:11
F.F. Bruce defined repentance as;
“Repentance (metanoia, ‘change of mind’) involves a turning with contrition from sin to God; the repentant sinner is in the proper condition to accept the divine forgiveness.” (F. F. Bruce. The Acts of the Apostles [Greek Text Commentary], London: Tyndale, 1952, p. 97.)
The New Testament idea of repentance follows the Hebrew idea of repentance ‘shuv’, and includes a turning away from sin towards God.
Jesus pointed out what repentance looks like when He categorized repentance as what the men of Nineveh did in response to the preaching of Jonah.
“The men of Nineveh will stand up with this generation at the judgment, and will condemn it because they repented at the preaching of Jonah; and behold, something greater than Jonah is here. Mat 12:41
The book of Jonah tell us:
When God saw their deeds, that they turned (Hebrew- ‘shuv’) from their wicked way, then God relented concerning the calamity which He had declared He would bring upon them. And He did not do it. Jonah 3:10
What exactly did God see?
Then the people of Nineveh believed in God; and they called a fast and put on sackcloth from the greatest to the least of them. When the word reached the king of Nineveh, he arose from his throne, laid aside his robe from him, covered himself with sackcloth and sat on the ashes. He issued a proclamation and it said, “In Nineveh by the decree of the king and his nobles: Do not let man, beast, herd, or flock taste a thing. Do not let them eat or drink water. But both man and beast must be covered with sackcloth; and let men call on God earnestly that each may turn from his wicked way and from the violence which is in his hands. Who knows, God may turn and relent and withdraw His burning anger so that we will not perish. Jon 3:5-9
What did God see? Fasting, Sackcloth and ashes –that is, humility. Calling on God earnestly that their sin might be forgiven -that is, confession and repentance.
This is the backdrop of how the New Testament handles the Old concerning repentance. The threat of judgment led to sorrow, humility and repentance- leading to salvation.
Joseph Prince completely disregards this by saying:
“Nevertheless, there are still people who insist that we have to preach on repentance. Well, I disagree! I think that we should do it God’s way – preach the goodness of God and allow the goodness of God to lead people to repentance.” (Destined to Reign p. 232)
We shouldn’t preach repentance? Not according to the book of Acts:
“Therefore repent and return, so that your sins may be wiped away, in order that times of refreshing may come from the presence of the Lord; Acts 3:19
Moreover Jesus explained what type of Gospel must go forth into all the earth:
Now He said to them, “These are My words which I spoke to you while I was still with you, that all things which are written about Me in the Law of Moses and the Prophets and the Psalms must be fulfilled.” Then He opened their minds to understand the Scriptures, and He said to them, “Thus it is written, that the Christ would suffer and rise again from the dead the third day, and that repentance for forgiveness of sins would be proclaimed in His name to all the nations, beginning from Jerusalem.
Luke 24:44-47
That’s God’s way. And that’s the way He said to do it. Mr. Prince is free to disagree with that, but by doing so he disagrees with how Jesus Himself said the Gospel was meant to be preached to the nations.
Joseph Prince misunderstands repentance, not a turning from sins towards God, but simply changing your mind about who Jesus is. Put simply, if you simply believe in Jesus, you’re in. Such ‘belief’ does not save. Again Paul wrote :
For the sorrow that is according to the will of God produces a repentance without regret, leading to salvation… 2 Cor 7:10 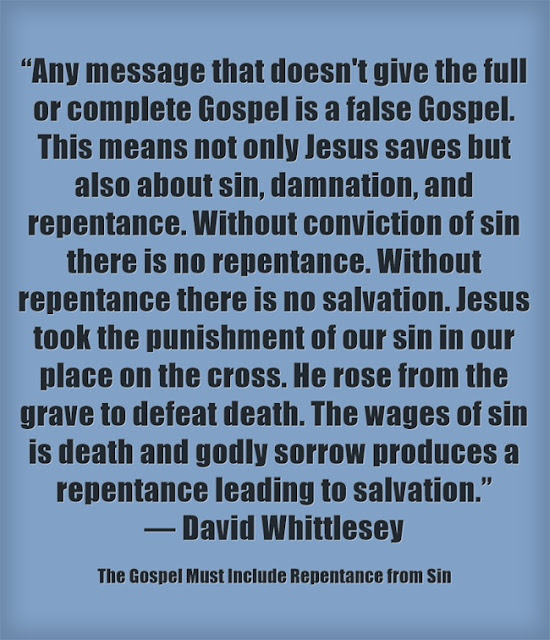 Please watch this video and see who is telling the truth or half-truth about the subject of repentance:
http://www.youtube.com/watch?v=U4uQjND-rFg