THE FIVE FACES OF GRACE

Grace is much more than God’s unmerited favour towards sinners. There is grace that sustains, grace that empowers, grace that denies self and grace that reflects wisdom in speech and thought. 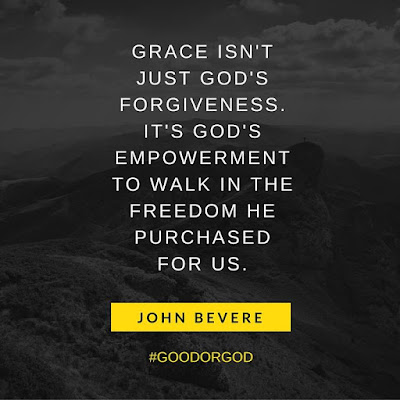 We are all familiar with the story of the woman caught in the act of adultery. The crowd was about to stone her when Jesus stepped in (John 8:3-11). The Master told her, “I do not condemn you. Go and sin no more.”

That was truly a classic example of God’s grace – His undeserved mercy.

But there is a grace that sustains us in times of trials and tribulations. The apostle Paul was afflicted with a thorn in the flesh. When he sought God for its removal, he was told, “My grace is sufficient for you, for My strength is made perfect in weakness” (2 Corinthians12:9).

This thorn, a messenger of Satan, was God’s way of keeping him from being too elated over the abundance of revelations he received while he was being transported to heaven. However, the exact nature of the thorn, whether it was an ailment or persecution, is unclear.

While others would have wallowed in self-pity, Paul remained level-headed and victorious even amid such adverse circumstances – truly a testimony to God’s sustaining grace.

Secondly, God’s grace also empowers us to serve Him and bless the body of believers and even beyond:


Thirdly, the self-effacing aspect of grace is best epitomised in the life of Jesus. It’s a grace that puts the interests of others before self: “For you know the grace of our Lord Jesus Christ, that though He was rich, yet for your sakes He became poor, that you through His poverty might become rich” (2 Corinthians 8:9).

This grace is reflected in Jesus’ humility. Though He was God, He gave up all his glory and power to become man. Born in a manger to humble parents, he was obedient to the point of death at the cross (Philippians 2:6-8).

Fourthly, grace is a quality reflected in our speech: “Let your speech always be with grace, seasoned with salt, that you may know how you ought to answer each one” (Colossians 4:6).

Now gracious speech is likely to come from a mind that has been filled with wisdom from above: “The wisdom that is from above is first pure, then peaceable, gentle, willing to yield, full of mercy and good fruits, without partiality and without hypocrisy” (James 3:17).

If we say we believe in grace, then our speech must be gentle and show respect to all, even those who have different viewpoints.

Believing in a gracious God who forgives us of our sins is fine. But we also need to discover the reality of grace that sustains and empowers. We need grace to deny ourselves – that which Christ so beautifully epitomised. And, finally, we need to learn how to be gracious in speech, which is indicative of godly wisdom.

As we revisit the meaning of grace, we need to ask: “Are we exhibiting all these various facets of grace in our lives?”