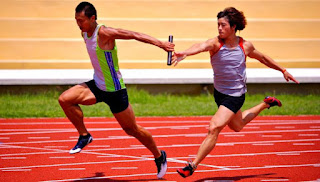 Leadership succession is one of the crucial issues facing any organisation, be it a church or NGO. Who will replace the senior leader when he steps down, whether by choice or circumstances?

Leadership succession planning is vital when we realise that most senior leaders are in their 50’s or 60’s. That means, at best, they only have 20 or 30 years more to serve God.

To attempt to “clone” a leader who has built up a ministry over the years based on knowledge, skill, experience and intimacy with God is difficult. Often the successor will find it hard to fill the shoes of the leader. Thus, it takes time and energy to invest in and raise potential successors who will carry the baton for the subsequent laps.

For example, Elisha followed the older prophet Elijah when the latter ministered, learnt from him and had a spiritual hunger for a double portion of his master’s anointing. So when the mantle fell on Elisha, his ministry was a success.

How then shall a leader choose a successor? First, he needs to identify potential “eagles” among the flock — those who have spiritual hunger, are keen to serve and be groomed to leadership positions but are not eyeing for glamour or prestige. Those who chicken out, like some of the men in Gideon’s troop, are bypassed (Judges 7:3). “Chickens” who stay in coops (comfort zone) far too long are likely to cop out when challenges arise. He looks for the likes of Timothy and groom such people to take over him. He encourages Timothy not to be timid, stirs up his giftings and sets an example for him to follow. 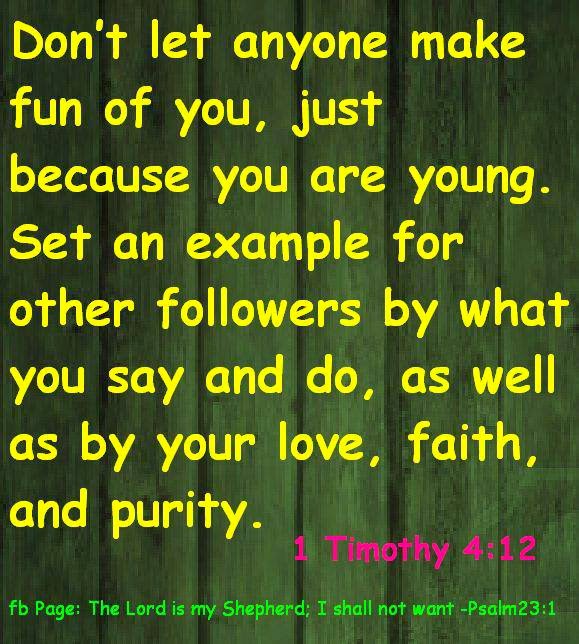 Second, through close association with the disciples, the leader needs to teach, train and show by example. He needs to identify their strengths and give them the opportunity to flap their wings. Hopefully, when the time comes, they will brave the plunge from the cliff and soar upwards. He also needs to give them the chance to fail. To “fail forward” means to learn positive lessons from failure and to move ahead.

Albert Schweitzer, the famed medical missionary, once said, “Example is not the main thing in influencing others … it is the only thing.” Certainly, walking the talk has a greater impact than just empty talk.

In Transforming Leadership, author Leighton Ford notes that “Long before modern managers, Jesus was busy preparing people for the future. He wasn’t aiming to pick a crown prince, but to create a successor generation. When the time came for Him to leave, He did not put in place a crash programme of leadership development — the curriculum had been taught for three years in a living classroom.”

An ego-driven leader will not invest time and energy preparing others to take over after his season of leadership is over. But a servant leader is willing to impart all that he has and knows to his successors. Unlike the kung fu sifu (master), who keeps certain techniques to himself, a servant leader is humble and secure, not afraid or jealous that he might be upstaged by his disciple.

Ken Blanchard and Phil Hodges writes in The Servant Leader: “Your personal succession planning efforts will speak volumes about your motives as a leader.”

And what better example of humility is there than Jesus who washed the disciples’ feet with a basin of water and a towel; for He came not to be served but to serve (John 13:5, Mark 10:45).

Pastors’ views on how to pass the baton

"Jesus modeled it (Mark 1:14 — “Jesus went into Galilee, proclaiming the good news”) and then mentored his disciples (Mark 1:17 — “Follow me and I will make you fishers of men”). Next he empowered them (Mark 3:14-15 — “He appointed 12 ... that he might send them out to preach and to have authority to drive out demons") and subsequently, He encouraged multiplication (Mark 6:7 — "He sent them out two by two”).

If we consistently follow the pattern of Jesus, I think the task of raising new leaders will be taken care of. Of course, the challenge is to find the "Joshua" among the flock who will be able to fit into the shoes of the lead pastor. That will require much prayer and discernment and is no easy task!


Effective leaders make an impact not only in their own context and time, but also mentor future generations to do so. Paul is keenly aware of this. In 2 Timothy 2: 2, four generations of leaders are mentioned: Paul, Timothy, reliable men and others.

Christian leadership can be found at different levels of society: church, para-church organisations or the marketplace. How do we pass on the baton?  First, we need to prayerfully look out for them. They need to prove themselves as reliable people — in character and service — over a period of time. Second, we need to intentionally bring them into the team as co-workers and leaders. Third, we need to invest in their training and exposure. Finally, let them have a go at greater tasks and responsibilities; allow them to make mistakes; encourage them. That is the way to prepare for effective leadership transition.

By Pastor Ooi Chin Aik, Founder and President of Ministries for Asia-Pacific (MAP).