Having tension headache? Work pressure and too much time spent glued to the screen? Well, there’s nothing to fear.

Just pop two tablets of PANADOL or TYLENOL. But do we know that, in excess, such a popular drug can be toxic to the liver and may even kill?

Recently its maximum daily adult dosage has been reduced from 8 tabs (4000mg) to 6 tabs (3000mg) because of the danger of toxicity. http://www.medicalnewstoday.com/articles/231915.php

Accidental overdose can happen as many flu drugs also contain Paracetamol as an ingredient. So if one takes Paracetamol for pain and fever and also a flu drug (with Paracetamol), overdose may occur.

The dose matters so much when we take medicine. Even something good, like Paracetamol, may be dangerous when taken in excess. 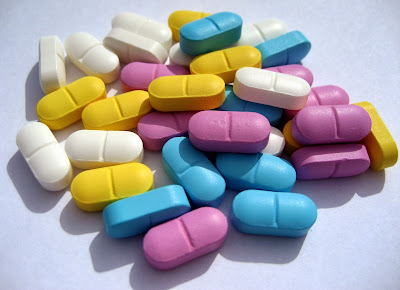 An analogy exists in the spiritual realm. Grace is something good but when it is being overemphasised, it may be dangerous for our spiritual well-being.

Being sinners, we all need grace. In fact, lots of grace. No right thinking believer questions the need for grace—before or after conversion.

And what's positive about a teaching which emphasises grace is that it has welcomed with open arms many sinners into church. These people would often be alienated and judged as “spiritual misfits” by a legalistic church.

But harbouring an image of God that is agreeable and attractive—that He is always gracious, loving, merciful—has its dangers. http://bit.ly/1fN2LyX

A wrong picture of God may have deadly consequences. Thinking erroneously that He is always meek and mild may prove disastrous when we’re confronted by God the judge at the end of our life journey or when Christ returns (Hebrews 9:27, 1 Peter 4:7, 17).

Overemphasis on grace leads to the following assumptions.  Do check out for yourselves whether the following premises in red are valid:

GRACE: CAN WE HAVE TOO MUCH OF A GOOD THING?
http://bit.ly/17qbzqV

EXPOSING THE ERROR OF HYPERGRACE