Charisma and character are important qualities in an outstanding leader. Which is more important? 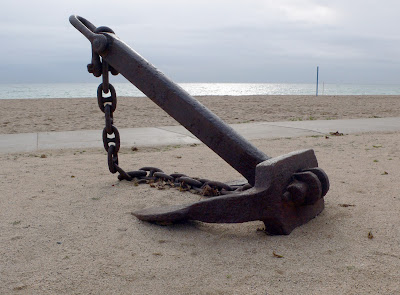 Charisma is a wonderful quality that leaders should have. Those with charisma have what it takes to inspire and influence others.

However, charisma should not be a substitute for character. The danger of charisma—whether it is personal magnetism or the capacity to perform miracles—arises when it is used as a cover-up for truth or character flaws. *

Did Jesus have much charisma? The prophet Isaiah described Jesus as having “no form or majesty that we should look at Him and no beauty that we should desire Him” (Isaiah 53:2b). Whatever charisma Jesus had was his ability to draw great crowds through his miracles rather than external appearance.

Charisma may take us places but it takes character to keep us there or prevent us from falling. When we attain fame, fortune and power, will we be able to hold on to the values we once cherished as dear?

The danger of charisma without character becomes clear when we consider the fact that prominent leaders, miracle workers and TV evangelists have fallen into disrepute due to gold, glory and girls. **

How challenging it is to hold on to our values once we have attained success—whether it’s within or outside the church. Indeed, it is difficult to be modern-day Josephs.

However, it does not mean that charisma is unimportant. Leaders with good character who already wield considerable influence over others will be able to go even further if they had charisma as well. It’s sad that some leaders with impeccable character—and doctrine correct to the dot—are spiritually as dry as the bones in the valley in Ezekiel’s vision.

Finally, what do you think is the true measure of a Christian leader?  Is it based on his eloquence, public image or popularity as judged by the number of followers and ‘likes’ he gets on social media? Does it rest on how much anointing or power he has? Or how many spectacular miraculous feats he can perform? Are there not other important considerations such as character, intimacy with God, obedience, self-denial and faithfulness? The foregoing does not imply that charisma and spiritual gifts are unimportant. The moral of the story is that we must not put the cart before the horse.

Not everyone who says to me, ‘Lord, Lord,’ will enter the kingdom of heaven, but only the one who does the will of my Father who is in heaven. Many will say to me on that day, ‘Lord, Lord, did we not prophesy in your name and in your name drive out demons and in your name perform many miracles?’ Then I will tell them plainly, ‘I never knew you. Away from me, you evildoers!’
(Matthew 7: 21-23).

Those who think that they are perpetually in God’s good books just because they have been used by God to perform extraordinary miracles would need to sit up, pause and reflect.

If you put me in a spot and make me choose one or the other, I would prefer ‘character’ over ‘charisma’.

Disclaimer: This article does not to refer to any particular church denomination. Praise God, there are many church leaders who have both charisma and character, no matter which church they come from. Conversely, anyone—from whichever church—can fall into sin and disrepute (1 Corinthians 10:12, Jeremiah 17:9).

The charisma in the article above is meant to refer to the following:

The term charisma has two senses: (1) compelling attractiveness or charm that can inspire devotion in others, (2) a divinely conferred power or talent (Source: Wikipedia).

According to the Free Online Dictionary, charisma is defined as:
(a) A rare personal quality attributed to leaders who arouse fervent popular devotion and enthusiasm.
(b) Personal magnetism or charm.
(c) An extraordinary power, such as the ability to perform miracles, granted by the Holy Spirit.

*  Definition of cover-up:  a planned effort to hide a dishonest, immoral, or illegal act or situation.

Character, a person’s moral or ethical strength, is undeniably more important than reputation, which is what others think of a person. But does it mean that reputation is unimportant?

As leaders are the key people who make or break an organisation, they certainly deserve our respect and support. But we should not “idolise” them to the extent we think they can do no wrong even in the face of glaring evidence to the contrary. Like all men, they too are weak and fallible.
http://bit.ly/1c80GYJ

The temptations that await those who seemingly have it all
http://bit.ly/1gr4eug