FROM GLOOM TO GLORY

What is the glorious hope that awaits believers who have died?

Long ago, the prophet Daniel predicted that there will come a time when graves will be reopened:

“Many of those whose bodies lie dead and buried will rise up, some to everlasting life and some to shame and everlasting disgrace. Those who are wise will shine as bright as the sky, and those who lead many to righteousness will shine like the stars forever.”
(Daniel 12:2-3).

Though Daniel did not specify when this dramatic event will occur, we know from the Paul’s writings in New Testament that it will coincide with the Second Coming of Christ:

“We who are still living when the Lord returns will not meet him ahead of those who have died. For the Lord will come down from heaven with a commanding shout, with the voice of the archangel, and with the trumpet call of God. First, the Christians who have died will rise from their graves. Then, together with them, we who are still alive and remain on the earth will be caught up in the clouds to meet the Lord in the air. Then we will be with the Lord forever. So encourage each other with these words.”
(1Thessalonians 4:15-18) 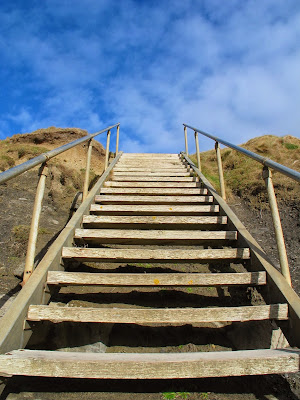 Indeed, these are comforting words to all believers—especially to those who are facing adversity (such as persecution or life-threatening illnesses) and those who have suffered loss of family members in the faith.

No other founder of a major religion has ever dared to make such a declaration. But Jesus, while comforting Martha over the death of his brother Lazarus, said: “I am the resurrection and the life. Anyone who believes in me will live, even after dying” (John 11: 25).

The apostle Paul speaks of the body as an earthly tent: “For we know that if the earthly tent we live in is destroyed, we have a building from God, an eternal house in heaven, not built by human hands” (2 Corinthians 5:1). This body, which has been continuously subjected to degeneration and decay from the day we are born, will one day be redeemed (Romans 8: 21, 23). Paul then ends by saying it is a glorious hope that, one day, we will receive new bodies which will no longer be subject to decay (2 Corinthians 5:3-4, Romans 8:24-25).

After Jesus’ resurrection, he appeared to the disciples in bodily form. He told Thomas to feel Him to convince himself that He was a real person (John 20:24-29). Later, at the beach, Jesus revealed himself again in bodily form when he had breakfast with the disciples (John 21:12).

Since Jesus has gone ahead to pave the way for us, believers too will have physical bodies when they are resurrected. They will not be disembodied spirits—“free-floating” spirits without bodies.

Christ, being the firstfruits of believers who have died, paved the way:
“But now Christ is risen from the dead, and has become the firstfruits of those who have fallen asleep. For since by man came death, by Man also came the resurrection of the dead. For as in Adam all die, even so in Christ all shall be made alive. But each one in his own order: Christ the firstfruits, afterward those who are Christ’s at His coming.”
(1 Corinthians 15:20-23)

“Hi! Good to see you! How are you?” That’s how believers would probably greet one another in heaven—with great joy and excitement—as they’ll be able to recognise one another. They will look younger no doubt, minus the wrinkles and graying.

However, it seems that the marital relationship that they used to enjoy (or endure) once upon a time on earth will no longer be carried over in the hereafter. “For in the resurrection they neither marry nor are given in marriage, but are like angels in heaven” (Matthew 22:30).

Death is not the final event for believers. One day, graves will reopen and they will be resurrected. And what’s more reassuring is the fact they will receive new physical bodies.

A place in heaven is assured for those who believe in Christ. But does it mean that once saved, believers will always be safe and secure?
SAVED AND SECURE?: http://bit.ly/GM5Srz

Want to catch a glimpse of eternity from the perspective of two people who had the privilege of going there and coming back with stories to share?
BACK FROM HEAVEN AND HELL: http://bit.ly/16wwPsK


“For we know that when this earthly tent we live in is taken down (that is, when we die and leave this earthly body), we will have a house in heaven, an eternal body made for us by God himself and not by human hands. We grow weary in our present bodies, and we long to put on our heavenly bodies like new clothing. For we will put on heavenly bodies; we will not be spirits without bodies. While we live in these earthly bodies, we groan and sigh, but it’s not that we want to die and get rid of these bodies that clothe us. Rather, we want to put on our new bodies so that these dying bodies will be swallowed up by life. God himself has prepared us for this, and as a guarantee he has given us his Holy Spirit.”
(2 Corinthians 5: 1-5) NLT
Posted by P A Lim at 21:07