Once we have resolved some important questions about our identity, we are well on our way to enjoy sound psychological health. We are also well-positioned to live out God’s calling for our lives. Otherwise our lives might be stuck in the doldrums.

After reading the following article on the life of Moses by best-selling author Rick Warren, several thoughts began to swirl in my mind. I feel this is an article worthy of serious consideration as it shows us several important life principles related to our identity.

“By faith Moses, when he had grown up, refused to be known as the son of Pharaoh’s daughter. He chose to be mistreated along with the people of God rather than to enjoy the fleeting pleasures of sin.” (Hebrews 11:24-25 NIV)

Moses had to deal with this at the very beginning of his life. In Egypt the baby Jewish boys were condemned to die, so his mother put him in a little boat in the Nile River. It happened that the daughter of Pharaoh was taking a bath, and she took this little boy back into the palace to raise him as her own son.

Moses had an identity crisis. He was born Jewish, but he was raised Egyptian. He had to ask himself at some point in his life, "Who am I?” This was quite an important choice because it would determine the rest of his life. He was in line to be Pharaoh. If he said, "I'm an Egyptian" and faked his heritage, he would live a life of ease. He would have an outstanding career. He would have fame and fortune.

If he said he was born Jewish he would be humiliated, kicked out of the palace, and sent to live with a bunch of slaves for the rest of his life.

Yet Moses saw his people being badly mistreated as slaves, and he could not be silent. He was a man of character and integrity. He could not quell his conscious.* So he made a decision that cost him the next 80 years of his life.

Hebrews 11:24 says, "By faith Moses, when he had grown up, refused to be known as the son of Pharaoh's daughter” (NIV). The word “refused” in the Greek literally means to reject, deny, to totally disown. Moses cut himself off from a promising career as an Egyptian, and he refused to live a lie. Instead, he wanted to do what God had made him to do.

There's something liberating about just being yourself. The quickest way to an ulcer is to try to be somebody you're not. If you want to live an effective life, just relax and be yourself. 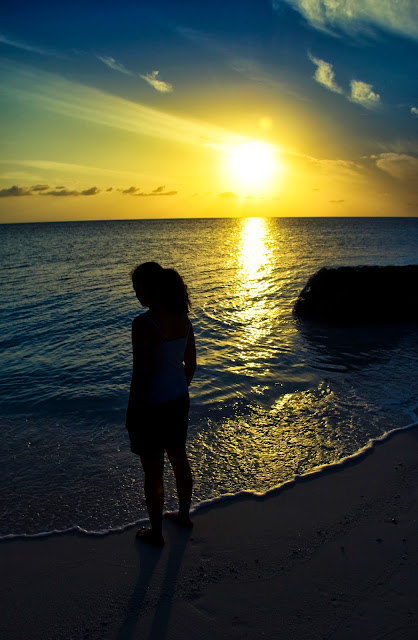 The following are my thoughts on his article:

BE AN ORIGINAL
It’s important to recognise our own distinctive gifts, identity and calling and cease comparing ourselves with others.
http://bit.ly/1dO0kYt

WHO AM I?
This is not only a question asked by the traumatised or spiritually lost. It is also a most significant question we need to pose to ourselves.
http://bit.ly/15NFEQB

Unless we are clear in our minds about our identity in God’s eyes and are committed to living it out, we will not be fulfilled in life.
http://bit.ly/GBhEoe

ROLE OF CONSCIENCE
We should live by this rule: If our hearts (conscience) do not condemn us, we have confidence before God. But a clear conscience is reliable only if the heart is feeding on truth.
http://bit.ly/17DJsCn

*   Note: I think there is a grammatical error here. It should have been this: “He could not quell the voice of his conscience” (not ‘conscious’).