IS FEAR POSITIVE OR NEGATIVE?

Many a time fear has been bandied around as something negative. But fear has its positive side as well.

When my children were toddlers, my wife and I had this fear that they might hurt themselves at home. Knives had to be safely kept away. Furniture with sharp corners and those made of glass were excluded from our shopping list. A gate with latch had to be installed to keep them from falling down the stairs.

We wanted them to discover the world around them. At the same time, we made sure they could explore the home in a safe setting. And because we were proactive, they were preserved unharmed.

Some say we need not fear: “There is no fear in love, but perfect love casts out fear. For fear has to do with punishment, and whoever fears has not been perfected in love” (1 John 4:18).

Well, that is true to a certain extent. But we also have to consider the other side of the coin. We need to have reverential fear of God. 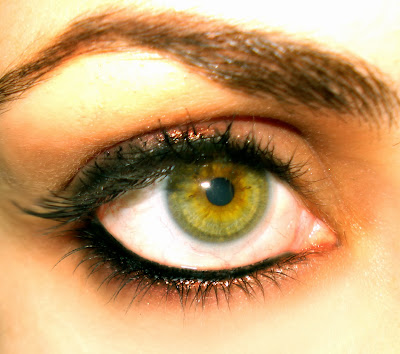 “Fear of the LORD is the foundation of true wisdom. All who obey his commandments will grow in wisdom” (Psalm 111:10).

Scripture is replete with examples showing us the positive aspect of fearing God. Because they feared God, the midwives obeyed Him—rather than the King of Egypt— and spared the lives of the Hebrew babies (Exodus 1:17). Pharaoh brought disaster on his nation because he did not fear God (Exodus 9:29-31). Job was a blameless and upright man who feared God (Job1:1). Cornelius was a devout centurion who feared God, gave alms and prayed constantly (Acts 10: 2). And he was rewarded when God arranged for Peter to preach the Gospel to him.

Jesus says: "Don't be afraid of those who want to kill your body; they cannot touch your soul. Fear only God, who can destroy both soul and body in hell” (Matthew 10:28).

“But I will show you whom you should fear: Fear him who, after your body has been killed, has authority to throw you into hell. Yes, I tell you, fear him” (Luke 12:5).

In other words, Jesus warns us to have a “healthy fear” of hell. And to avoid going to hell, we need to fear God. More on avoiding hell: http://bit.ly/16wwPsK

Yes, we are grateful to God for His mercy and grace and, for that reason, we serve Him with joy. But we also need to have the fear of God in our lives to keep us on our toes, spiritually-speaking.

The apostle Paul exhorts in Philippians 2:12: “Work hard to show the results of your salvation, obeying God with deep reverence and fear.”

We get the hint from the same Paul that he fears that he might be disqualified in the race if he is not disciplined enough: “Do you not know that in a race all the runners run, but only one receives the prize? So run that you may obtain it. Every athlete exercises self-control in all things. They do it to receive a perishable wreath, but we an imperishable. So I do not run aimlessly; I do not box as one beating the air. But I discipline my body and keep it under control, lest after preaching to others I myself should be disqualified”(1Corinthians 9: 24-27). 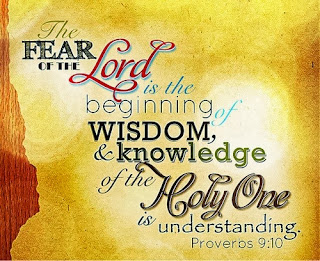 Some say that since “we are under grace” and are no longer living in Old Testament times, we need not give much thought to ‘fear of God’.

If that is so, they have clearly ignored the following references in the New Testament:

“For it is time for judgment to begin with God’s household; and if it begins with us, what will the outcome be for those who do not obey the gospel of God? And if it is hard for the righteous to be saved, what will become of the ungodly and the sinner?” (1 Peter 4:17-18).

“Therefore, since we are receiving a kingdom that cannot be shaken, let us be thankful, and so worship God acceptably with reverence and awe, for our God is a consuming fire” (Hebrews 12:28-29).

“Though you already know all this, I want to remind you that the Lord at one time delivered his people out of Egypt, but later destroyed those who did not believe” (Jude 1:5).

We should not be coming to God cowering in servile fear but with boldness and confidence—as we have been cleansed, forgiven and made righteous through faith in Christ. Nevertheless, we need to have a reverential fear of God.

SNATCH FROM THE FIRE
Feel free to share this post, BACK FROM HEAVEN AND HELL, to help save some by snatching them from the fire. Here is the link: http://bit.ly/16wwPsK
“Be merciful to those who doubt; save others by snatching them from the fire; to others show mercy, mixed with fear—hating even the clothing stained by corrupted flesh” (Jude 1:22-23).

FAITH VS WORKS
Do we have to work out our faith after we have been saved?
http://limpohann.blogspot.com/2013/10/faith-vs-works.html