Sin is like a beast crouching at the door, waiting to pounce upon us. “Taming the beast” involves learning how to control our emotions—such as anger—and impulses—such as unbridled sexual desire. By doing so, we do not give satan any opportunity to destroy us.

In the Genesis account, two brothers brought offerings to God. Abel’s offering which was an animal, a blood sacrifice, was accepted by God. However, Cain’s offering, a fruit from the ground, was rejected by God (Genesis 4: 4-7).

Abel brought an offering—fat portions from some of the firstborn of his flock. The Lord looked with favour on Abel and his offering, but on Cain and his offering he did not look with favour. So Cain was very angry, and his face was downcast.

Then the Lord said to Cain, “Why are you angry? Why is your face downcast? If you do what is right, will you not be accepted? But if you do not do what is right, sin is crouching at your door; it desires to have you, but you must rule over it.” 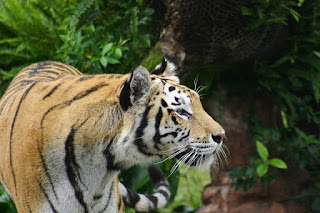 It is not exactly clear why God accepted Abel’s offering and rejected that of Cain's. Perhaps they had been told of the necessity of a blood sacrifice but only Abel took heed.

Cain was not only angry but jealous when his offering was rejected. When God pointed out to Cain his jealous anger, he could have corrected it or given in to it. It was a matter of choice. Cain could have repented and returned with an animal sacrifice but he did not.

Cain was tempted to sin when he was angry his sacrifice was rejected whereas his brother’s offering was accepted. He failed to recognise that sin was crouching at the door, desiring to have him. He failed to rule over his anger.

From jealous anger which was not nipped in the bud, evil continued to fester in Cain. From anger it progressed to a vengeful spirit. And, when he could no longer control himself, he murdered his brother.

Anyone can get angry when provoked. However, we must not allow anger to develop till we become reckless and irresponsible. That is why Paul wrote: “Be angry and do not sin; do not let the sun go down on your anger, and give no opportunity to the devil” (Ephesians 4: 26-27).

“Like a city whose walls are broken through is a person who lacks self-control” (Proverbs 25:28). This verse highlights the need to control not only our emotions—such as anger—but also our impulses—such as unbridled sexual desire. 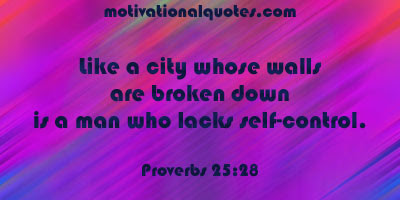 Once we lack self-control, we become defenseless against “foreign invaders” and give Satan a foothold in our lives. We may move from temptation to sin or move from a wrongdoing to a more grievous sin.

Satan is likened to a stalking lion, waiting to devour the naïve: “Be alert and of sober mind. Your enemy the devil prowls around like a roaring lion looking for someone to devour. Resist him, standing firm in the faith” (1 Peter 5:8-9).

“Taming the beast” involves learning how to control our emotions—such as anger—and impulses—such as unbridled sexual desire. By doing so, we resist Satan; we do not give the evil one any opportunity to destroy us.

The Bible uses the highly instructive allegory of a stalking animal waiting to strike, not once but twice—Genesis account of the two brothers making their offerings to God and the warning given by the apostle Peter to be vigilant against the wiles of satan.

How do we become overcomers? For the answers, please check out the following related posts.

The Lord said to Cain: What’s wrong with you? Why do you have such an angry look on your face? If you had done the right thing, you would be smiling. But you did the wrong thing, and now sin is waiting to attack you like a lion. Sin wants to destroy you, but don’t let it! (Genesis 4:6-7, CEV).

"Crouching Tiger, Hidden Dragon" continues to be hailed as one of the greatest and most influential foreign language films in the United States, especially for a film originating from China. 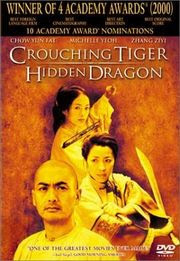 MOTHER OF ALL BATTLES
A clear understanding of the ongoing battle between the flesh and the Spirit is essential before we can walk in victory.
http://limpohann.blogspot.com/2012/08/mother-of-all-battles.html

SWORD DRAWN, READY FOR BATTLE
How to be victorious over temptation by wielding the sword, the Word of God
http://limpohann.blogspot.com/2013/04/sword-drawn-ready-for-battle.html


AN EYE FOR SMUT OR BEAUTY?
It all starts with the eye, the gateway which allows evil to creep surreptitiously into the mind.
http://limpohann.blogspot.com/2012/07/an-eye-for-smut-or-beauty.html