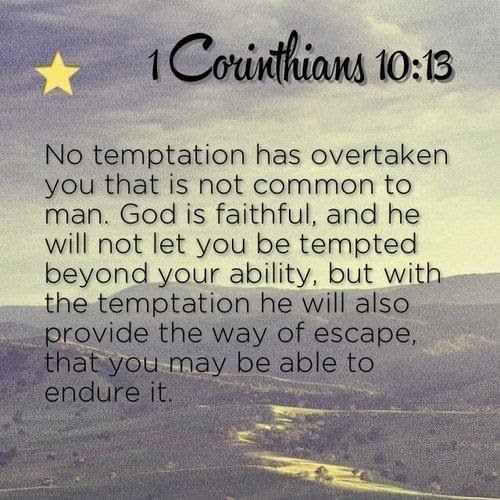 It all began with a  lustful gaze culminating in stolen moments of sensual delight.

At a time when kings were supposed to lead armies into battle, King David was idling. A naked lady bathing at the rooftop caught his eye. And the ‘man after God’s own heart’ fell for the charms of another man’s wife.

Like tumbling dominoes, events unfolded swiftly, moving David from temptation to lust to adultery and to murder. It is unfathomable that bathrooms then were so open. If Bathsheba had bathed in an enclosed area, would David be spared such sorrow?

For sure, we will never know. Suffice to say, this incident warns us of the deadly consequences of yielding to sexual temptation.

Whereas temptation also lurks in areas such as money, fame and power, the sexual variety is especially difficult to resist when we’re caught flat-footed at a vulnerable moment – when we’re lost, lonely, confused and out of communion with God. Or idle, as in David’s case.

Temptation is not necessarily something that swoops down on us like a hawk when we’re vulnerable. Circumstances may conspire to prompt our moral failure but often we ourselves are partly to be blamed. The ability of temptation to exert its power over us is actually decided much earlier – in our hearts.

In the first place, are we dead serious about preserving our moral purity? Do we fear God enough to want to honour Him in all areas, including our bodies?

If so, we would have put in place measures to shore up our defenses even before temptation strikes. So the moment it hits us, we would know how to deal with it – and hopefully escape unscathed.

How then do we build our moral reserves?

King Lemuel was taught by his mother not to spend his strength on women, his vigour on those who ruin kings (Proverbs 31:3).

Elsewhere, the Bible is replete with warnings against yielding to sexual temptation. How can young men stay on the path of purity? By memorising, delighting in and meditating on scriptures so that they can live by it (Psalm 119:9-16).

It’s interesting to note that this injunction to young men correlates with normal physiological functions. Young men have ten times more testosterone (a sex hormone) than women which accounts for the former’s powerful sex drive. After peaking at early 20’s, male testosterone levels dip about 1 percent each year. So by the time men reach 50’s, their libido and performance would have diminished.

But we should not say, “It’s my hormones that made me do it” when we yield to temptation. The biblical stance is clear: There is no provision for any alternative lifestyle* for sexual fulfillment apart from a monogamous, heterosexual relationship between a man and a woman who are committed to one another by marriage.

The next time, when temptation strikes, identify with the truth by confessing aloud:  I am the temple of the Holy Spirit. I have been bought with a price. So I have to glorify God in my body (1 Corinthians 6:19-20). If Jesus confronted satan’s temptations by quoting scriptures, can we do any less?

Not only do we arm ourselves with the Word and affirm it when tempted, we need to flee from the scene of temptation. When Joseph was tempted to sleep with Potiphar’s wife (Genesis 39:7), he fled. Had he lingered on, he wouldn’t have the strength to resist the wiles of this femme fatale. Many lesser men had become her victims whenever she batted her eyelids, flicked her hair and twirled it round her fingers.

There is no point praying for strength if you are walking towards temptation or indirectly acquiescing to it. You must mean serious business. In practice this might mean surfing in an open area or clicking away from a sexually enticing image. Or giving up the habit of frequenting karaoke joints with bad company as this corrupts good character (1 Corinthians 15:33).

While temptation is not sin, the line demarcating the two is so thin that it’s wise to nip it in the bud – while we’re still able to. We cannot stop the birds from flying over our heads but we can prevent them from nesting on our heads. Leave – no, you must run – while you’re still strong enough.

But it’s not only about resisting and fleeing from temptation. We are also told to celebrate the joys of sexual union in marriage. Rather than “embrace the bosom of an adventuress”, we are exhorted to “drink water from our own cistern” (Proverbs 5: 15,20).

If intimacy – sexual and emotional – is lacking in a marriage, the tendency is to look for it outside.

For men, this intimacy is mainly sexual in nature; for women, it is predominantly emotional. If these areas are compromised in a marriage or when familiarity reigns between the sheets of the marriage bed, the propensity is to dispel the humdrum with some excitement from outside.

A sex-starved spouse is more likely to be lecherous though this is not absolutely true. Some are so incurably wayward that they prefer “exotic culinary delights” to “home-cooked food”. They are constantly thinking of spicy tom yam and how to inject some pizzazz into their sex lives.

What if one has a genuine desire to keep God’s moral law but still has difficulty overcoming sexual temptation?

By choosing to “walk by the Spirit”, one will not gratify the desires of the flesh (Galatians 5:16): Draw near to God; be exposed to people and situations where God is glorified; pray in the Spirit; listen to uplifting messages; worship God; fellowship with other believers.

Remember that other believers are also facing similar struggles (1 Corinthians 10:13). Jesus was tempted in every way just like us – and that includes sexual temptations (Hebrews 4:15). Seductive women of ill repute crossed his path as He ministered but He knew how to handle the situation.

Sure, you might say, for He is divine. But we too have the power of the Holy Spirit within us at our disposal. Praise God “the law of the Spirit who gives life has set us free from the law of sin and death” (Romans 8:2). This does not imply we are sinless but sin’s stranglehold in our lives has been broken.

By being accountable to someone of the same sex (preferably one more mature in the faith), our struggles and progress can be shared.

What if we fall? We simply come to God, ask for forgiveness and begin on a “new” slate again. But, truth be told, prevention is better than cure. Though God in His mercy forgives, the consequences of sin often remain.

For David, the aftermath, as spoken by the prophet Nathan, was brutal: Violence constantly pursued him, his son Absalom rebelled against him and the “love child” with Bathsheba died despite the king’s desperate prayer.

Even today, moral failure continues to leave a trail of destruction in its wake. The aggrieved spouse finds it difficult to trust the offender. It may result in divorce, loss of job, position, dignity and honour, financial loss and venereal disease. A moment of indiscretion, a fling, a one-night stand can result in a lifetime of regret. Many are constantly wracked with worry that they might have contracted AIDS.

Repentance does not necessarily erase the temporal effects of sin. In exchange for fleeting delights, there is so much at stake, so much we stand to lose.

The above article was first published in Asian Beacon magazine, Aug 2012, issue 44.4