IS WAITING WORTH IT?

Are there rewards for waiting? What consequences await those who are impatient? 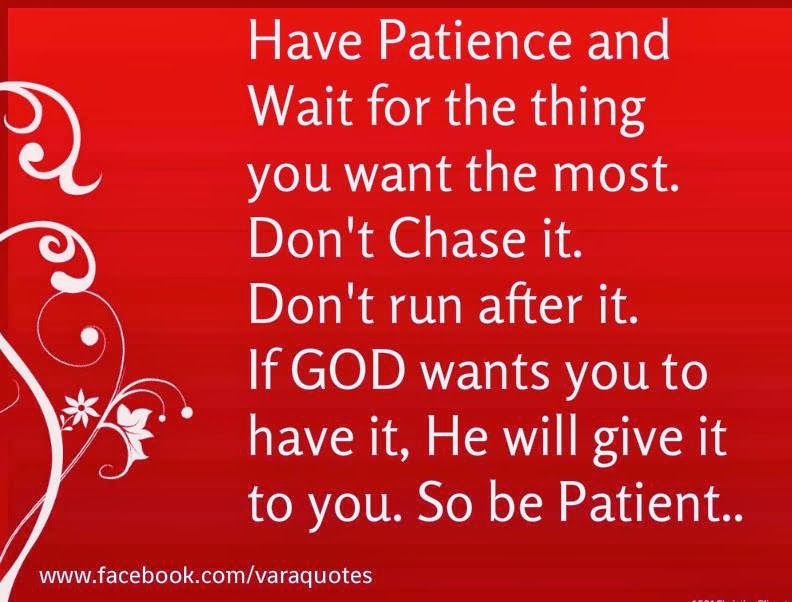 When we are early for an appointment, we often get restless and fidgety. Why can’t the other guy be on time? Or be early like us?

Waiting, in general, is probably one of the more difficult things we have to bear with in life. Few are willing to wait. But waiting for God’s perfect timing yields tremendous benefits. He is never too early or too late.

Moses told God that he will only venture into the Promised Land if God went with him: “If your presence will not go with me, do not bring us up from here” (Exodus 33:15). God is delighted when we, His children, remain humble and dependent upon Him—we dare not move ahead till He gives us the signal.

The blessings that result from waiting upon God are evident. God will vindicate us for having waited.

“Kings shall be your foster fathers, and their queens your nursing mothers.
With their faces to the ground they shall bow down to you, and lick the dust of your feet.
Then you will know that I am the Lord; those who wait for me shall not be put to shame” (Isaiah 49:23).

Now the land may mean real estate; it may also mean our spiritual inheritance. Many have forfeited their right to the latter because they are impatient. Like the Israelites who wandered in the wilderness for 40 years, they fail to enter the Promised Land. Only those with faith and patience are able to inherit the promises of God (Hebrews 6:12).

Waiting not only enables us to possess our rightful inheritance but endues us with strength and power from on high:

“They who wait for the Lord shall renew their strength; they shall mount up with wings like eagles; they shall run and not be weary; they shall walk and not faint” (Isaiah 40:31).
The disciples were told to wait in Jerusalem for the Holy Spirit’s power before they stepped out to be His witnesses (Acts 1:4, 8).

Sometimes we get impatient that the vision God places in our heart seems slow in getting fulfilled. But we have to be patient for God will make it happen!

“The vision will still happen at the appointed time.
It hurries toward its goal.
It won’t be a lie.
If it’s delayed, wait for it.
It will certainly happen.
It won’t be late” (Habakkuk 2:3). 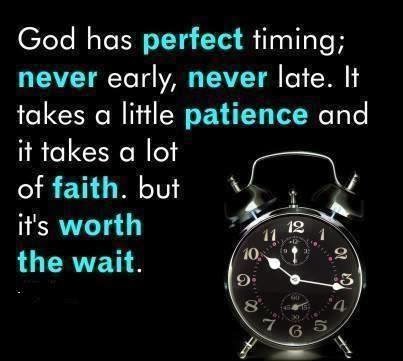 Sometimes we have to persevere a bit longer before deliverance comes. As they say, it is always darkest before the dawn. The children of Israel thought that once their leader Moses met with Pharaoh to convince the latter, they will be allowed to leave Egypt. But instead they were made to suffer even more. The Egyptian taskmasters made them build bricks without straw. Their patience was certainly tested to the limits until God paved the way for their exodus from Egypt. 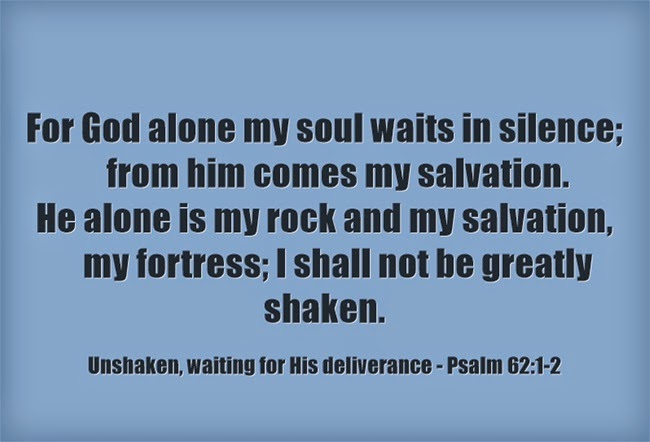 Some believers tarry too long while waiting for God to show them His will – always fearful of making mistakes. Just as nobody learns to drive without taking the wheel, we shouldn’t allow ourselves to be stalled by “paralysis of analysis”. We should step out and act — by faith. If we make a wrong turn, “God’s GPS” will redirect us along the correct path. After some time of prayer, deliberation and seeking counsel, we should move ahead by faith.

“Though the Lord gave you adversity for food
and suffering for drink,
he will still be with you to teach you.
You will see your teacher with your own eyes.
Your own ears will hear him.
Right behind you a voice will say,
‘This is the way you should go,’
whether to the right or to the left” (Isaiah 30:20-21).

Let’s now consider an example of impatience and the heavy price paid for it. The prophet Samuel made it clear to King Saul that the latter was appointed by God to break the bondage the Philistines held over Israel. Saul was instructed by Samuel to wait at Gilgal for seven days until the latter came to offer sacrifices before taking action (1 Samuel 10:8).

When Samuel was slow in appearing, Saul became impatient. Their enemies, the Philistines, mustered around Israel and Saul’s men seemed restless and wanted to disperse. Under such combined pressure, the king took upon himself the role of the priest and offered the sacrifices. Because of his rashness, Samuel pronounced God’s judgment on him:

It may appear that God imposed too harsh a judgment on Saul. But that was the price he had to pay for his impatience and for intruding into the office of the priest. Samuel was just “round the corner”. Had Saul waited just a little longer, his fate would have been so different.

Will the benefits of waiting on God move us to cultivate patience?

Will we change when we realise that impatience can have drastic consequences? 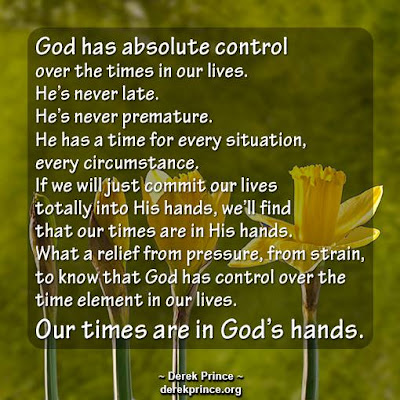 WHEN DREAMS GET DELAYED OR DASHED