RELIGION AS A MEANS OF GAIN

We are told to earnestly covet the spiritual gifts (1 Corinthians 12:31). Strong language indeed. But when it comes to riches, we are warned not be covetous for a man’s life does not consist in the abundance of his possessions (Luke 12:15). 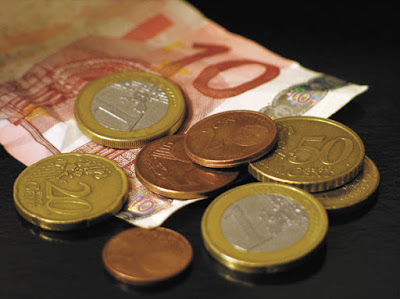 There are some ministers today who have all the trimmings and form of religion but inwardly harbour an ambition for the world’s goods. They may have started out well but, along the way, got bedazzled by riches.

Their ethos is coloured by material comforts and well-being far above spiritual considerations. These are the bad apples among the television evangelists and larger-than-life ministers who manipulate or pressure people to give to “God’s work”. We have to be wise stewards of our money and be wary of supporting their spiritual empire or lavish lifestyle.

The mantra of these proponents of the “prosperity Gospel” goes something like this: “Name it and claim it”; “The more you sow, the more you’ll reap.” All these affirmations are positive. Believers use it frequently. But even good things can be hijacked to serve selfish motives such as  greed and ambition.

Characteristically, they will cherry pick verses to support their stance on the “prosperity Gospel” whilst downplaying the centrality of the cross and its demands (self-denial). Using religion as a means of gain, they manipulate the truth for personal ends.

By making a stand against the prosperity gospel, we are not implying that money is evil, God doesn’t bless believers, poverty is good, laziness is a virtue or that ministries can flourish on sunshine alone. What is seriously wrong with the prosperity gospel is the use of stratagems such as ‘seed faith’, ‘name it, claim it’, ‘the more you sow, the more you’ll reap’ for personal gain and lavish lifestyles, often with little accountability. Paul strongly rebuked those who preach Jesus as a means of financial gain, referring to them as men “depraved in mind and deprived of the truth, imagining that godliness is a means of gain" (1 Timothy 6:5).

When the ‘give that you might prosper’ message is overemphasised—and transparency and accountability lacking—financial scandals may result. This has already happened in some megachurches where massive funds from church coffers have been diverted towards fulfilling questionable goals and personal ambition. These fallen leaders initially start out with good intentions. But, along the way, as power, fame and money increase, their heavenly focus steadily diminishes and they get sidetracked from their noble pursuits. Such leaders, who are often hero-worshipped and surrounded by an elite ‘inner circle’,  are then tempted to dip into the church funds and whitewash their acts through sham bond investments and “round-tripping” transactions.

The covetousness of these leaders mirrors that of the servant of Elisha, Gehazi:
“After Naaman was healed of his leprosy, he offered Elisha
payment for making him clean again. Elisha refused his payment, knowing
that God should receive the glory for this miracle. Naaman went on his way
praising God. However, Gehazi could not understand how Elisha could refuse
Naaman’s generosity, and therefore decided that it would be foolish to allow
this opportunity to slip by. Gehazi chose to use the situation to make a profit
for himself.”
(Source: http://lawofliberty.com/sermons/Resources/gehaziworthlessexchange.pdf).

Believers have to be discerning during these end times – be as wise as serpents and harmless as doves.