SETTING OUR HOUSE IN ORDER

How many of us are well-prepared to meet our Maker, even when death isn’t looming on the horizon? 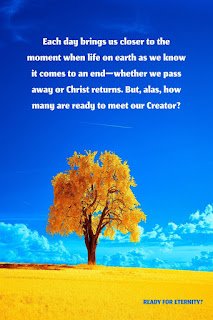 Most of us know how to prepare ourselves for examinations. We spend considerable time and effort to plan our holidays. But do we know how to ‘set our house in order’ if we receive news that we have only a few months to live?

Long ago, King Hezekiah fell ill. The prophet Isaiah, God’s messenger, told him, “Set your house in order because you are going to die; you will not recover."

Shocked, he pleaded with God for mercy because he was then only 39 years. The Assyrians had just invaded his country. As king, he should be the one to lead his nation into battle. He must have thought, This is certainly a bad time to die.

But is there ever a good time to die? Death messes up our lives and derails our plans. This is especially true for the rich and powerful. They would gladly pay almost anything to live a few more years.

It must have been most untimely for Steve Jobs, the founder of Apple, when death came knocking on his door — especially when the company is riding the wave of success.

While addressing Stanford College graduates in 2005, a year after he was diagnosed with incurable pancreatic cancer, he said: “No one wants to die. Even people who want to go to heaven don’t want to die to get there. And yet death is the destination we all share. No one has ever escaped it.” 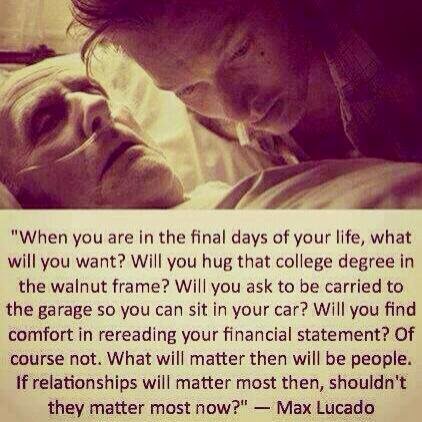 How many of us prepare ourselves to meet our Maker, even when death isn’t looming on the horizon?

One day, we will be lowered in a casket into the ground or cremated. Our relatives and friends will then depart for a meal or some refreshments. Life goes on for our family members but we will no longer know what happens to them on earth.

Though no one fancies being reminded about death, we cannot run away it. So it’s better to be realistic. For it is only when we learn how to face death squarely that we’re able to live a fulfilling and productive life.

It’s so difficult to come to terms with our mortality unless we’re forced to — when death starts knocking on our door as in Hezekiah’s case. The Roman senator, Seneca, was right when he said, "It takes all of life to learn how to die."

Few can confidently proclaim like the apostle Paul: “The time of my death is near. I have fought the good fight, I have finished the race, and I have remained faithful. Now heavenly rewards await me” (2 Timothy 4:6-8).

Though we’ll never be able to match a spiritual giant like Paul, we should still be proactive — plan and live out our lives so that it will be glorifying to God.

Life is uncertain. “How do we know what our life will be like tomorrow? Our life is like the morning fog — it’s here a little while, then it’s gone” (James 4:14). Perhaps this will motivate us to face our mortality and ‘set our house in order’.

The crucial question is this: “Do we know where we will spend eternity after we pass away?” Gripped by the fear of death with advancing years, some senior citizens attempt to set their mind at ease with pleasurable distractions. They travel round the world and splurge on the best cuisine and fashion, evading this critical issue.

The philosopher and scientist, Blaise Pascal, wrote: “The immortality of the soul is a matter which is of so great consequence to us and which touches us so profoundly that we must have lost all feeling to be indifferent about it.” 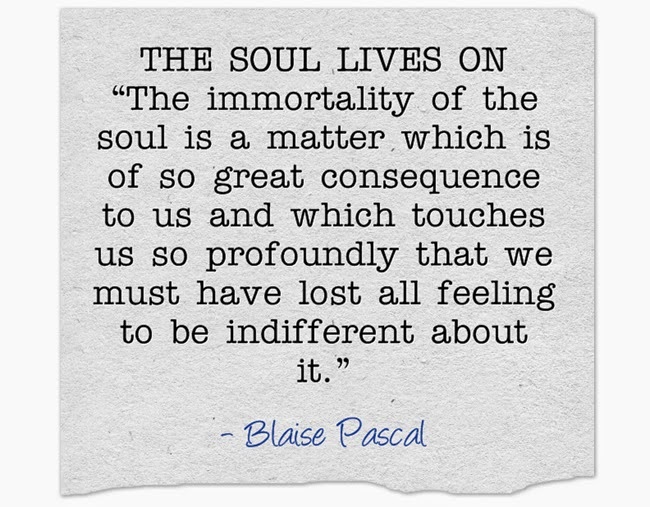 Relatively speaking, life on earth is only a “fraction of a second” compared to the period we will spend in eternity.

Thinking about eternity forces us to reassess our values and goals in life. In the final analysis, are the things that we pursue and cherish in life worth our time and effort?

Or to put in another way: Is our ladder leaning on the right wall? Won’t we be disappointed with a cottage in the hereafter after having lived in a mansion on earth?

Wealth reflects our toil in life as well as God’s blessing. But to be focused on continual accumulation of riches at the expense of eternal goals is foolish. We should not wear ourselves out to get rich but have the wisdom to show restraint (Proverbs 23:4). Have we moved from success to significance?

Jesus told the story of a rich man who pulled down his barns and built bigger ones, thinking that a bigger storehouse will comfortably provide for him the rest of his life. Now I can eat drink and be merry, he told himself. He was sadly mistaken when the Grim Reaper suddenly knocked on his door.

Paul exhorts believers that since they have been raised with Christ, they are to set their mind on things above, not on things on the earth (Colossians 3:1-2). Of course, this does not mean that we flee to the mountains, live a monastic lifestyle and fail to provide for our loved ones.

Have we examined the quality of our vertical and horizontal relationships?

Are there any sins, bondages or bad habits which we need to settle with God? Have we over-emphasised good works that we no longer cherish the intimacy we once had with God? For it is possible to perform well but lose our first love (Revelation 2:2.4).

Conversely, we may reckon that everything rests on God’s mercy and, as such, we need not bear fruit or work out our salvation (John 15:8, Philippians 2:13). We may become complacent and take it easy.

Truth be told, we need both: an abiding relationship with God from which good works spring forth. We need to be like Mary first; and then, spontaneously, we will be like Martha.

Concerning interpersonal relationships, is there someone we should forgive? Do we need to ask for forgiveness from someone? We should resolve any hurts — especially those involving family members — lest we allow bitterness to fester (Hebrews 12:15).

In many areas of life, such as business and management, our skill earns us the right to influence others. But competency is not the only thing. Our character — and that includes humility, meekness and unfeigned love — is what makes lasting impact in people’s lives.

What legacy will we leave behind? Kind words and loving acts? Or is it rash words that continue to sting even when we’re gone? Have we left an indelible impression in people’s lives which continues to inspire them in future? As the tagline from the movie, Gladiator, reminds us: “What We Do in Life Echoes in Eternity”.

The final aspect of preparation involves the legal and financial aspects of bequeathing our assets and resources to our children. “A good man leaves an inheritance for his children’s children” (Proverbs 13:22).

Pitfalls await the unwary in an increasingly complex world. As such, we should be willing to pay for the professional services of financial planners and estate planners. The breadwinner should also teach his children the basics of personal finance. Without financial literacy, the inheritance may not be passed beyond a single generation.

The main tasks involved in estate planning include creating a will, establishing a guardian for living dependents, naming an executor to carry out the terms of the will and setting up of a power of attorney to manage the assets.

Other preparations include funeral arrangements and passing on of digital information (such as user name and password) to enable close family members to access the deceased’s bank or social media accounts. The dying may decide to pray and bless family members just like what Jacob did.

Begin with the End in Mind

When it comes to preparing ourselves to meet our Maker, we would do well to take a leaf from the best-selling book, "The Seven Habits of Highly Effective People".

Though we may not share the religious beliefs of its author, the late Stephen Covey, we can certainly see much wisdom in the first two habits: “Be Proactive” and “Begin with the End in Mind”.

Being proactive means we plan way ahead, not when death is at the doorstep. And when we consider our end, we will live wisely with eternity in mind.

‘Setting our house in order’ enables us to finish life’s journey well. Hopefully, when we reach the final lap, we’ll be able to say calmly and truthfully: “I’ve lived a full and productive life for God’s glory; I’ve lived life the way I envisioned it with few regrets.”

The above article was first published in Asian Beacon magazine, Oct 2012, issue 44.5

RELATED POST
MAN PROPOSES, GOD DISPOSES
John had great plans for his retirement. Having made his pile in the Malaysian real estate business, he dreamed of spending his twilight years with his wife in his own retirement cottage in the Cotswolds.
But before he could fulfill his dreams …
http://bit.ly/1Ss6THR