THE ALLURE OF GREY

If we’re not careful, we might just be sucked into a maelstrom that titillates our senses: Twilight, Sex and the City, Harry Potter and now Fifty Shades of Grey.

When people are lost and directionless in life, they will lap up anything which appeals to their senses. Even if it is grey or black.

Now there is nothing wrong with pleasure if it is untainted and it does not become our all-consuming goal in life. Pleasures are the rewards for our toil and we can only enjoy the good things in life while we have breath.

In fact, Solomon extolled the virtues of enjoying whatever God has blessed us: “Behold, what I have seen to be good and fitting is to eat and drink and find enjoyment in all the toil with which one toils under the sun the few days of his life that God has given him, for this is his lot. Everyone also to whom God has given wealth and possessions and power to enjoy them, and to accept his lot and rejoice in his toil—this is the gift of God” (Ecclesiastes 5:18-19).

But when the pursuit of pleasure becomes our preoccupation—an end in itself—then we have truly lost our bearings in life. 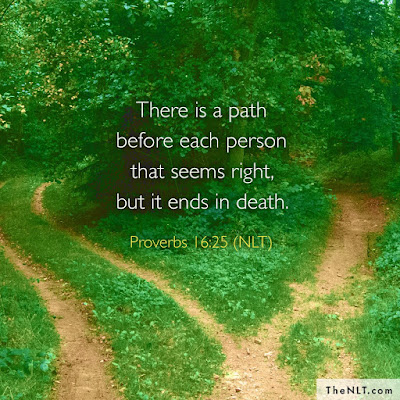 Both the apostles Paul and Peter allude to our end time culture, one that is focused on self-gratification:

“People will love only themselves and money. They will be proud, stuck-up, rude, and disobedient to their parents. They will also be ungrateful, godless, heartless, and hateful. Their words will be cruel, and they will have no self-control or pity. These people will hate everything that is good. They will be sneaky, reckless, and puffed up with pride.

"Instead of loving God, they will love pleasure. Even though they will make a show of being religious, their religion won’t be real. Don’t have anything to do with such people.
Some men fool whole families, just to get power over those women who are slaves of sin and are controlled by all sorts of desires. These women always want to learn something new, but they never can discover the truth” (2 Timothy 3:2-7).

“Their destruction is their reward for the harm they have done. They love to indulge in evil pleasures in broad daylight. They are a disgrace and a stain among you. They delight in deception even as they eat with you in your fellowship meals. They commit adultery with their eyes, and their desire for sin is never satisfied” (2 Peter 2:13-14).

The late Rev Dr John Stott believes that the church has been unable to resist four contemporary trends: pluralism, materialism, ethical relativism and narcissism (self-love). Instead, the church has allowed them to seep into its thinking and practice.

Stott challenges believers to embrace what he calls a “radical discipleship” – non-conformity to the prevailing culture. We need to develop a “Christian counterculture”. Believers must identify themselves with Jesus and be conformed to His image. Christlikeness is the answer!

Undeniably, this is easier said than done. We need to draw near to God, soak ourselves in the Word (study and meditation) and walk by the Spirit so that we will not gratify the desires of the flesh (Jeremiah 29:13, Psalm 119:11, Galatians 5:16).

Otherwise, if we’re not careful, we might just be sucked into a maelstrom that titillates our senses: Twilight, Sex and the City, Harry Potter and now Fifty Shades of Grey.

DON’T LET THE WORLD SQUEEZE YOU INTO ITS MOULD:

“With eyes wide open to the mercies of God, I beg you, my brothers, as an act of intelligent worship, to give him your bodies, as a living sacrifice, consecrated to him and acceptable by him. Don’t let the world around you squeeze you into its own mould, but let God re-mould your minds from within, so that you may prove in practice that the plan of God for you is good, meets all his demands and moves towards the goal of true maturity” (Romans 12:1-2) — J.B. Phillips New Testament (PHILLIPS).