Unless we are clear in our minds about our identity in God’s eyes and are committed to living it out, we will not be fulfilled in life. 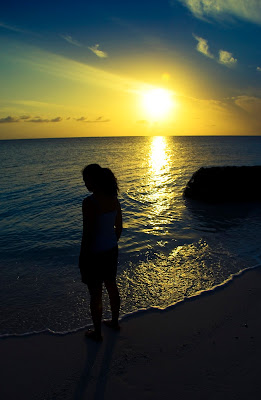 Gideon saw himself as defeated, bereft of hope, as the Midianites invaded his homeland. Offering no resistance to the enemy, he was threshing wheat when God spoke to him through the angel, “The LORD is with you, you mighty man of valour … Go in this might of yours, and you shall save Israel from the hand of the Midianites. Have I not sent you?” (Judges 6:12, 14).

Earlier he had thought he was incapable of leading Israel against their enemies — coming from the weakest clan and being the most insignificant in his family. All that changed when God called him and gave his self-image a boost.

God’s plan for our lives dates back to the time we’re in our mother’s womb (Jeremiah 1:5) but all remains dormant until God gives us a revelation of who we are in Him — not just the logos but the rhema word.

In Gideon’s case, he was to be a warrior and leader. When he heard God aright, he moved from passive acceptance of his fate to victory!

One can see a cup as half-empty or half-full and, in both instances, one is right. Gideon saw himself as “empty” when he was threshing wheat. But when God called him, his mind was renewed. He saw himself anew, and was filled with courage and boldness. And, as they say, the rest is history.

When we receive a revelation from God as to who we are in Him, we are on the threshold of fulfilling our destiny. But knowing our identity is just the first step.

We have to take action and live out our destiny before we are able to enter the Promised Land — come into the fullness of what God has in store for our lives.

ARE YOU HAVING AN IDENTITY CRISIS?
Not only adolescents face identity crisis. Even adults who have worked for many years have to grapple with it (mid-life crisis). This is apparent from this article which appeared in
PSYCHOLOGY TODAY:
http://www.psychologytoday.com/blog/fulfillment-any-age/201203/are-you-having-identity-crisis

This PSYCHOLOGY TODAY article is so wonderful in that it helps us figure out to which category we belong.

To which category do you think you belong?

If you are not in the top category (identity achieved), it’s time to seek God and do some serious soul-searching.

THE POWER OF VISION
By embracing a God-inspired vision, we can live purposefully, by design and not by default.
http://bit.ly/1aAGtZG

SEEKING GOD’S WILL
How can we know God’s will for our lives when we come to a crossroad in life?