EASTER: CELEBRATION OF HOPE AND VICTORY

Easter celebration focuses on the resurrection of Christ. But can this claim that Christ rose from the dead be verified? 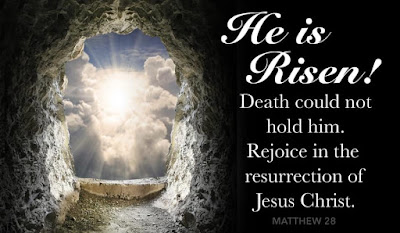 Tis’ the time again when Easter eggs add cheer to the holiday season. But amid this commercialism, let us not lose sight of Easter’s real meaning.

What has the humble egg got to do with Easter? At a glance, its well-decorated shell reminds us it’s about celebration. On further reflection, an egg bears within it the potential for a new life — a new beginning — though it may appear lifeless for a season.

When an egg hatches, a tiny chick gradually pushes its way through the shell. Just as the shell could not restrain the chick from emerging at the appropriate time, death could not keep Jesus within the tomb for more than three days. Defying death, He proved that He is divine — not just a great teacher or a founder of a major religion.

And that brings us to the reason for the season: Easter is the time when believers commemorate Christ’s resurrection, three days after His death by crucifixion at the cross.

From gloom to hope

The disciples fled in fear when their Master died. It seemed He had left this earth in shame and ignominy, like a common criminal. Moreover, it was pathetic His body had to be laid in a borrowed tomb. All seemed bleak and gloomy.

The turning point came when the huge boulder guarding the entrance to the tomb miraculously rolled away and Jesus rose again from the dead! A group of ladies who went to the tomb at dawn to anoint His body was taken aback by the angel’s declaration, “He is not here; he has risen!”

Death, where is thy sting?

The resurrection of Jesus is the epitome of hope. There is life after death for believers — everlasting life in heaven. Just as Jesus’ death is not final, physical death is not final for those who believe in Him.

Jesus said, "I am the resurrection and the life. He who believes in me will live, even though he dies” (John 11:25). Can we think of any other promise that offers greater hope to a man when he passes through the valley of death?

For believers, Christ’s resurrection gives them the power to live a victorious life. Sin’s power over them has been broken.

How is this achieved? First, believers identify with the death of Christ by dying to sin, which is symbolised by the act of baptism. And just as Christ was raised from the dead, even so believers are empowered by the Holy Spirit to walk in newness of life (Romans 6:3-11, Galatians 5:16). Set free from bondage to the inclinations of their sinful nature, they are able to resist Satan and no longer incur God’s wrath (Ephesians 2: 2-3).

The resurrection of Christ also spelt the defeat of Satan. By defying death, Christ “disarmed the spiritual rulers and authorities” and “shamed them publicly” by His victory over them at the cross (Colossians 2:15).

Believers, now seated in the heavenly places next to Christ, rest in this exalted position of victory over the principalities and powers (Ephesians 2:6). The battle has already been won. Their task is to believe and enforce the victory that Christ has achieved for them at the cross (Ephesians 6:10-11).

By dying for the sins of man, Jesus demonstrated love beyond human comprehension. And by defying death, He proved what only divine power could possibly achieve.
Love tends to be soft and wimpy whereas power tends to be harsh and unforgiving. Only in God do we find these contrasting characteristics — love and power — fused together in perfect harmony.

But one may ask, “Is the resurrection of Christ a fact or fable?”

Everything about the Christian faith hinges on one thing: “Did Christ rise from the dead?” If Christ were not raised, then the faith of believers is futile as they are still guilty of their sins. And Christians are among those most to be pitied for clinging on to a false hope (1 Corinthians 15:17,19).

Atheist-turned-believer Lee Strobel shared about his journey of faith: “I used to consider the resurrection to be a laughable fairy tale. After all, Yale Law School had trained me to be coldly rational, and my years of sniffing for news at the Chicago Tribune had only toughened my naturally cynical personality. But intrigued by changes in my wife after she became a Christian, I spent nearly two years systematically using my journalistic and legal experience to study the evidence for the resurrection and the credibility of Jesus' claims to being God. I emerged totally convinced and gave my life to Christ …” (Lee Strobel in “God’s Outrageous Claims”, page 170).

Even sceptics, including highly skilled lawyers, have accepted Christ. According to the Guinness Book of World Records, Sir Lionel Luckhoo, is the winningest lawyer in the world with 245 straight murder acquittals. With superior investigative skills, he did research on the authenticity of the resurrection and concluded: “I say unequivocally that the evidence for the resurrection of Jesus Christ is so overwhelming that it compels acceptance by proof which leaves absolutely no room for doubt” (Lee Strobel in “God’s Outrageous Claims”, page 171).

Beyond objective evidence, many Christians can testify to the reality of Christ’s resurrection power — His guidance, provision and healing. Indeed, the proof of the pudding is in the eating.

The apostle Paul counted everything a loss because of the surpassing worth of knowing Christ (Philippians 3:8). Christ meant so much to him that he was willing to endure hunger, persecution and imprisonment for His sake.

Why would anyone sacrifice so much for his faith if it were not true? Consider Paul’s suffering: “We are hard pressed on every side, but not crushed; perplexed, but not in despair; persecuted, but not abandoned; struck down, but not destroyed. We always carry around in our body the death of Jesus, so that the life of Jesus may also be revealed in our body” (2 Corinthians 4:8-10).

Well-known apologist, Josh McDowell, * wrote: “But the most telling testimony of all must be the lives of those early Christians. We must ask ourselves: What caused them to go everywhere telling the message of the risen Christ? Had there been any visible benefits accrued to them from their efforts — prestige, wealth, increased social status or material benefits — we might logically attempt to account for their actions, for their whole-hearted and total allegiance to this ‘risen Christ’. As a reward for their efforts, however, those early Christians were beaten, stoned to death, thrown to the lions, tortured and crucified. Every conceivable method was used to stop them from talking. Yet, they laid down their lives as the ultimate proof of their complete confidence in the truth of their message.”

Today, the reality of the risen Christ can be verified by anyone who is open to His claims and willing to receive Him:


When we place our trust in Christ, we don’t have to commit intellectual suicide; it is not blind faith. And we can experience for ourselves — first-hand, not second-hand through the testimonies of other believers — the reality of the power of the risen Christ!

Footnotes:
* Evidence for the Resurrection: http://www.bible.ca/d-resurrection-evidence-Josh-McDowell.htm

The above article was first published in the Asian Beacon magazine, April-May 2013, Vol. 45 No. 2

SCIENCE AND FAITH
Pascal, a physicist and philosopher, happily discovered that God can be known through faith – and that knowing Him is not incompatible with science or reason.