Is there an absolute guarantee that true believers won’t fall away from the faith?

As believers, we are told that nothing will ever separate us from the love of God, no one can pluck us from Jesus’ hands, that God will keep us from falling and that He who began a good work in us will bring it to completion when Christ returns (Romans 8:38-39, John 10:28, Jude 24, Philippians 1:6).

If it is true, as some assert, that true believers will perpetually stay fervent, will repent if they should fall into sin and will not fall away because God keeps them faithful, then why do the following passages seem to suggest otherwise?

In all the above instances, the main protagonists of New Testament teachings are addressing believers.

Let us examine these SIX instances in turn:

Why does Jesus warn believers about end-time persecution, lawlessness and deception and the need to endure to the end in order that they might be saved (Olivet Discourse)?

“Then they will deliver you up to tribulation and put you to death, and you will be hated by all nations for my name's sake. And then many will fall away and betray one another and hate one another. And many false prophets will arise and lead many astray. And because lawlessness will be increased, the love of many will grow cold. But the one who endures to the end will be saved” (Matthew 24:9-13). 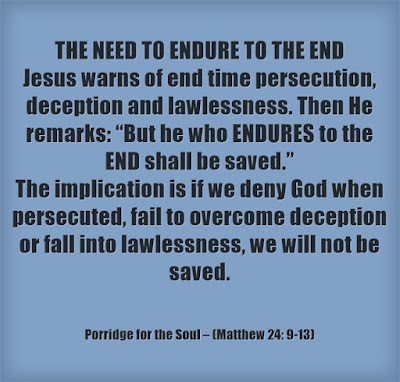 If believers perpetually remain strong and will not fall away, why does Jesus have to emphatically warn them to stay firm in their faith during the perilous end times?

Furthermore, Matthew 24:13, implies that only those believers who manage to endure these trials will be saved. It follows, therefore, that there will be believers who fall away and lose their salvation.

Why does Paul warn believers that they must not be complacent, thinking they are strong? Why does he warn them about falling away, like the exodus generation—who once experienced God’s favour but failed to enter the Promised Land because of sin and unbelief?

If the possibility of falling away does not exist, why does Paul warn believers not to be complacent—that we should take heed concerning the moral failure of the exodus generation so that we will not be condemned like them (1 Corinthians 10:12)?

Why does Paul fear that he might be disqualified from the spiritual race?

“Do you not know that in a race all the runners run, but only one receives the prize? So run that you may obtain it. Every athlete exercises self-control in all things. They do it to receive a perishable wreath, but we an imperishable. So I do not run aimlessly; I do not box as one beating the air. But I discipline my body and keep it under control, lest after preaching to others I myself should be disqualified” (1 Corinthians 9:24-27).

Why does Paul mention that a great falling away from the faith must happen before Christ’s return?

“Let no one deceive you by any means; for that Day will not come unless the falling away comes first, and the man of sin is revealed, the son of perdition” (2 Thessalonians 2:3).

It is predicted that before Jesus comes again, two important events must take place. Firstly, many will give up on their faith (apostasy). Secondly, the unveiling of the man of lawlessness (antichrist) will occur (2 Thessalonians 2:3). 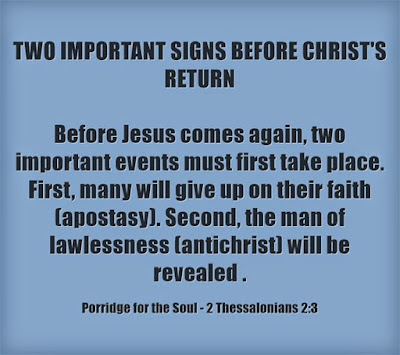 Now why does this verse in Thessalonians mention these two events (in red) side by side? It is no coincidence, I believe. For the answer, we will have to turn to Revelation.

The antichrist will unleash his wrath on believers in the Great Tribulation. Many will have to choose between their allegiance to God or their survival. Why? Because no one can buy or sell unless they receive the antichrist’s ordained mark of the beast, a sign which when received would mean everlasting damnation for believers. Pushed to the brink for the sake of self-preservation, many believers will give up on God and allow the mark of the beast on themselves—never mind the eternal consequences (Revelation13:16-17, Revelation 14: 9-10).

Now we can see why, when the antichrist appears, the faith of believers’ will be put to a degree of testing that's unprecedented.

If they choose God and refuse the mark, they might die of starvation or get killed by the antichrist. Conversely, if they choose survival by taking the mark, it will lead them down the path of everlasting damnation. But many whose faith is not strong enough will choose the latter. They would rather give up on God. That’s why there will be such a great falling away from the faith.

Why does the writer of Hebrews mention the possibility of apostasy?

“For it is impossible for those who were once enlightened, and have tasted the heavenly gift, and have become partakers of the Holy Spirit, and have tasted the good word of God and the powers of the age to come, if they fall away, to renew them again to repentance, since they crucify again for themselves the Son of God, and put Him to an open shame. For the earth which drinks in the rain that often comes upon it, and bears herbs useful for those by whom it is cultivated, receives blessing from God; but if it bears thorns and briers, it is rejected and near to being cursed, whose end is to be burned” (Hebrews 6: 4-8).

In the above passage, the optimism of inheriting God’s promise of salvation—provided they held fast to their faith—was set against the backdrop of a stern warning against apostasy.

Notice that this passage in Hebrews 6 clearly outlines FIVE characteristics of a true believer: Enlightened, tasted the heavenly gift, shared in the Holy Spirit, tasted the goodness of the Word of God and tasted the powers of the age to come.  And, yet, the possibility of falling away from the faith does exist.

Why does Peter mention that God’s judgment on believers who willfully live in sin, who turn our backs on God, is worse than that on the unsaved?

“For if, after they have escaped the defilements of the world through the knowledge of our Lord and Savior Jesus Christ, they are again entangled in them and overcome, the last state has become worse for them than the first. For it would have been better for them never to have known the way of righteousness than after knowing it to turn back from the holy commandment delivered to them” (2 Peter 2:20-21).

When people escape from the wickedness of the world by knowing Christ and then get enslaved by sin again, they are worse off than before. It would be better if they had never known the way to righteousness than to know it and then reject the command they were given to live a holy life. They prove the truth of this proverb: “A dog returns to its vomit.” And another says, “A washed pig returns to the mud.”

Now, here is the interesting part: How do we reconcile all the promises of God that He will keep us faithful, set forth in the beginning of this article, with the fact that believers can and will fall away, especially during these perilous end times?

Here is the answer: Our free will is the factor that decides whether we keep ourselves in the love of God or fall away, notwithstanding the fact that God’s desire is always to keep believers faithful and safe in His loving arms.

If God wants to keep us faithful but we refuse to come under His love, favour and authority, what can He possibly do?

If someone gives you a present but you refuse to accept it, how can you get to enjoy the benefits of that gift?

If one fondly admires a member of the opposite sex and wants to get to know him or her better, but the other party gives one the cold shoulder, how can a relationship possibly develop? 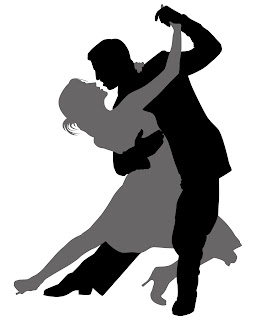 Or shall we say, “It takes two to tango.” 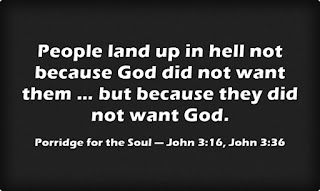 “Now I want to remind you, although you once fully knew it, that Jesus, who saved a people out of the land of Egypt, afterward destroyed those who did not believe. And the angels who did not stay within their own position of authority, but left their proper dwelling, he has kept in eternal chains under gloomy darkness until the judgment of the great day—just as Sodom and Gomorrah and the surrounding cities, which likewise indulged in sexual immorality and pursued unnatural desire, serve as an example by undergoing a punishment of eternal fire” (Jude 1:5-7).

Finally, this article in no way suggests that we through our own self-effort can stay strong in the faith, except through the empowerment of the Holy Spirit as we seek His face (Psalm 84:5, 2 Corinthians 12:9, Amos 5:4).

THE GREAT FALLING AWAY
The believers’ spiritual status is not static. Though we have been enlightened by the truth and transformed by the Holy Spirit, there is no iron-clad guarantee we won’t change. That’s because we are sinful by nature. And, because we have a will, we can choose to remain in God’s favour or reject Him.
http://bit.ly/1j1YYA1

IT TAKES TWO TO TANGO
Though believers in Christ are heaven-bound, there are conditions to be fulfilled before we arrive at our final destination and claim our eternal reward. Some say that God will never forsake believers and that nothing will ever separate us from His love (Hebrews 13:5, Matthew 28:20, Romans 8: 38-39). But has this ever crossed our minds? God may not leave us but we can walk away from God. It takes two to tango.
http://bit.ly/1Iqnckh


IS IT POSSIBLE TO FALL FROM GRACE?
http://www.gospelway.com/salvation/eternal_security.php

It would be very comforting if this doctrine—Once Saved, Always Saved—were true. However, if it is not true, then it would be a very dangerous doctrine because it would give people a false sense of security. People would not be on their guard against sin, and may not see any need to repent of sins, if they thought they would still be saved eternally despite their sins. Surely it is important for us to know what the Bible teaches.

We can all agree that there is security for those who serve God faithfully. If we study God's word diligently and honestly, if we strive to overcome sin in our lives, and if we diligently repent and ask forgiveness for our sins, then we definitely have assurance and security regarding our eternal destiny. The question, however, is whether it is possible for a child of God to cease being faithful, to become disobedient, fail to repent, and so be lost.
Posted by P A Lim at 01:41