GRACE AND HYPER-GRACE IN A NUTSHELL

The basics about grace and hyper-grace.

As Christians, we are saved by God’s grace, not by our good works, and stay on in this journey of faith because of His grace.

Like the penitent tax collector, we constantly need God’s grace and mercy (Luke 18:9-14). *

In fact, we need lots of His grace and mercy.

The poet Robert Frost penned that “all you really want in the end is mercy.” I think he was spot on there with this one-liner.

As we look at our own lives, weigh our brownie points against our sin, we will definitely conclude that a fair judgment on God’s part at the end of our lives here on earth would be this—‘guilty’.

For we have all sinned and fall short of God’s standards. If not for God’s mercy, where will we be? 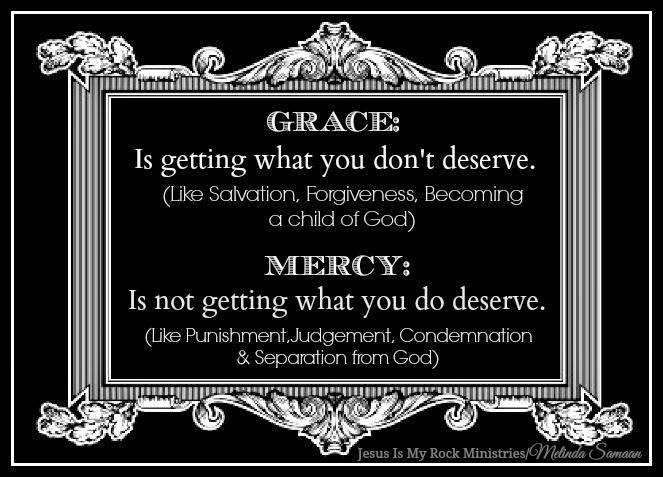 Yes, there is nothing wrong with a teaching that emphasises grace provided …


Most of us are familiar with the account of the woman caught in the act of adultery (John 8:3-11). The crowd gathered around her and wanted to stone her.

This short account has deep theological implications. The recipient of God’s love and mercy ought to show evidence of change in thought and behavior. In other words, the sinner has to repent.
We tend to emphasise God’s love and mercy towards sinners. The need for sinners to bear fruits that befit repentance—personal responsibility—is often not emphasised to the same degree. 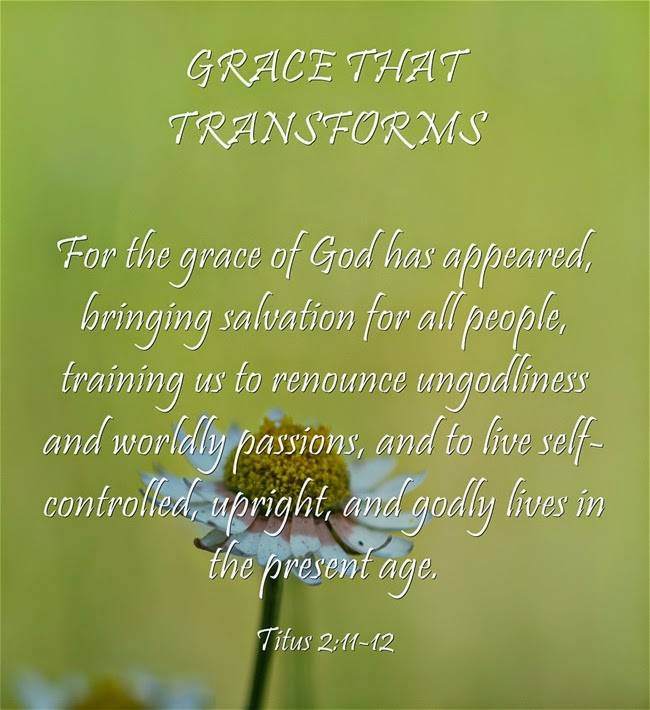 Human nature is such that we want to emphasise what God's grace can do for us and downplay what we need to do on our part.

We all love a God whose image fits our expectation of a benevolent being. We prefer preachers who portray God as loving and forgiving, patient with our sins and deficiencies—rather than those who dwell on judgment.

The respected theologian A. W. Tozer says: "Much of our difficulty as seeking Christians stems from our unwillingness to take God as He is and adjust our lives accordingly. We insist on trying to modify Him and bring Him nearer to our own image.”

As long as our perception of God is coloured by personal preferences, our concept of grace will be distorted.  http://bit.ly/1bJcfJo

Varying emphasis on the role of grace in the lives of believers has caused Christians from different camps to hold divergent views on the issue of grace.

The truth is you are saved by grace and you are kept by grace. It’s grace from start to finish! Don’t let anyone frighten you into doing dead works, but rest secure in His finished work. Just as you did nothing to earn salvation, there is nothing you can do to lose it.

God has already forgiven all the future sins of believers and, as such, we should put the ‘sin issue’ behind us and banish ‘sin consciousness’ from our lives. So we no longer need to confess our sins. When God looks at us, all He is going to see is Christ’s blood, not our sins whether it is past, present or future. We merely rest in the "imputed righteousness of Christ".


While all believers need God’s grace, some believe that hyper-grace can be dangerous.

Satan rejoices when believers rest in a false sense of security that all is well, that all their sins have been dealt with once and for all at the point of conversion—that they can therefore afford to banish sin consciousness in their lives. 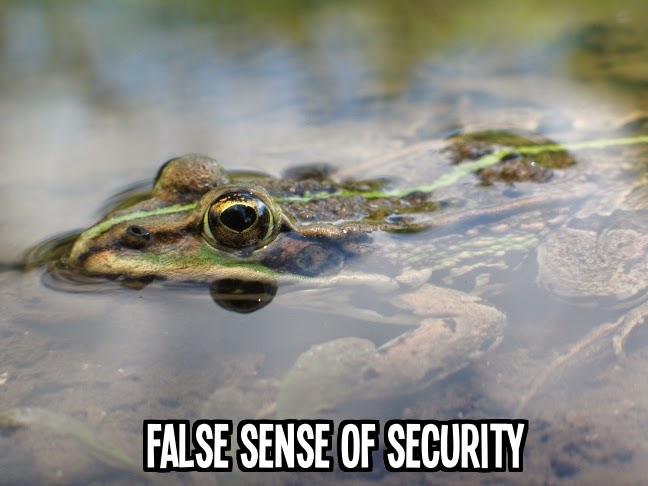 This condition reminds me of the frog which finds great delight sitting in a basin of warm water. Finally, when water temperature reaches boiling point, it is too late to jump out of the water.

The following are some posts that shed light on grace and hyper-grace using references from the whole Bible.

THE FIVE FACES OF GRACE
Grace is much more than God’s unmerited favour towards sinners. There is grace that sustains, grace that empowers and more …
http://bit.ly/KXuEpX

GRACE: CAN WE HAVE TOO MUCH OF A GOOD THING?
http://bit.ly/17qbzqV

WHAT IF A BELIEVER SINS REPEATEDLY?
http://bit.ly/1bz3TUf

ARE OUR FUTURE SINS FORGIVEN AT CONVERSION?
http://bit.ly/18wc9Rb

SHOULD WE GET RID OF SIN CONSCIOUSNESS?
http://bit.ly/GDv4QL

ARE GOOD WORKS UNNECESSARY WHEN WE EMBRACE GOD’S GRACE? http://bit.ly/GXjZKb 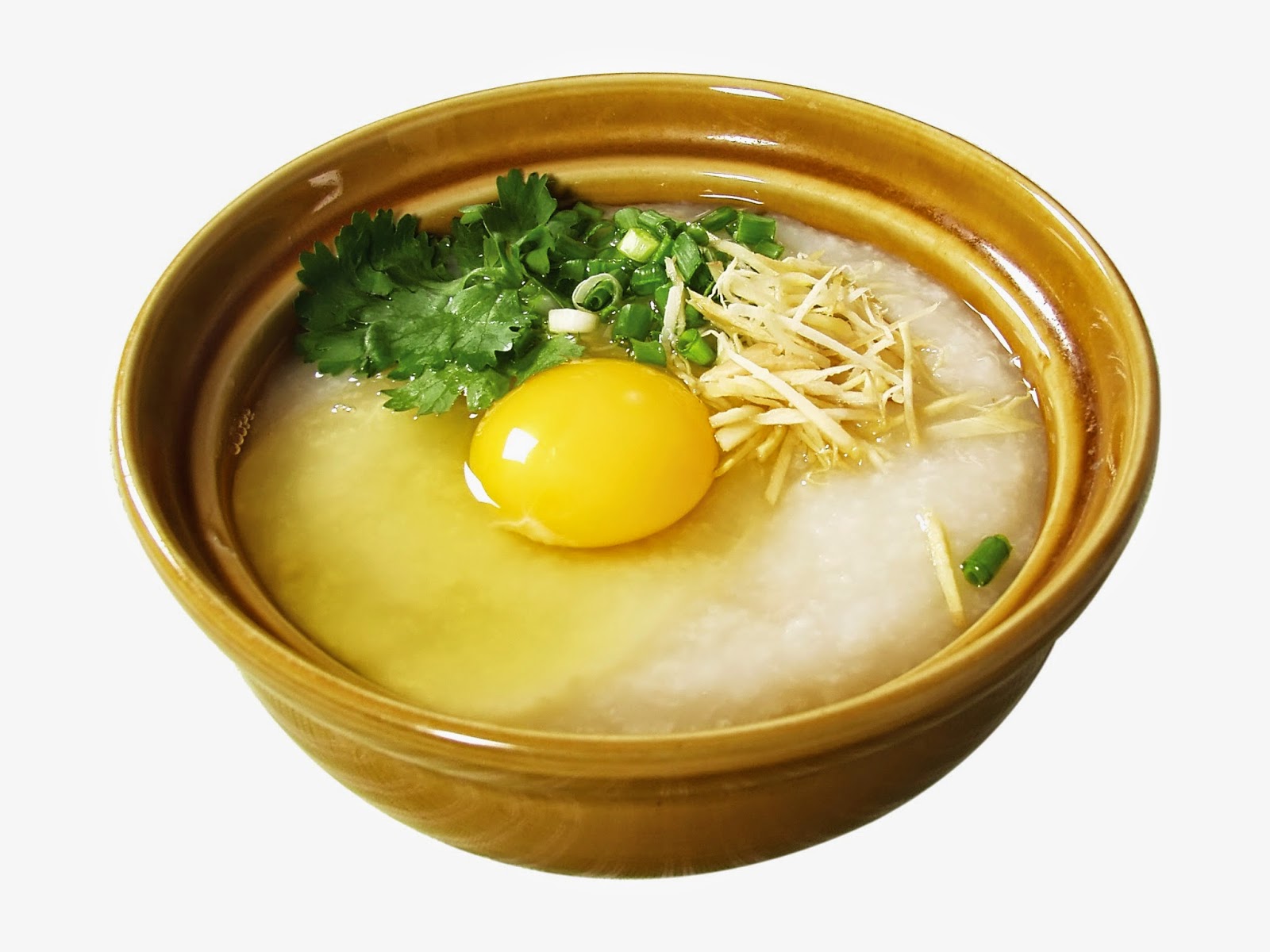 To access similar articles, type 'Porridge' in the search box of http://christianitymalaysia.com/wp/


or type ‘Lim Poh Ann’ in the search box of http://www.asianbeacon.org/


To some who were confident of their own righteousness and looked down on everyone else, Jesus told this parable: “Two men went up to the temple to pray, one a Pharisee and the other a tax collector. The Pharisee stood by himself and prayed: ‘God, I thank you that I am not like other people—robbers, evildoers, adulterers—or even like this tax collector. I fast twice a week and give a tenth of all I get.’ “But the tax collector stood at a distance. He would not even look up to heaven, but beat his breast and said, ‘God, have mercy on me, a sinner.’ “I tell you that this man, rather than the other, went home justified before God. For all those who exalt themselves will be humbled, and those who humble themselves will be exalted.”
Posted by P A Lim at 06:10