CONTENDING FOR THE FAITH

Why is preserving sound doctrine so important?

Sometimes we think that maturity means we must always be tolerant—even to the extent of condoning false teaching.

But that is not the stance adopted by apostles Paul, Peter and John. They made sure they took a strong stand against destructive heresies.

The following three instances in the New Testament underscore the need to stand up for the truth: 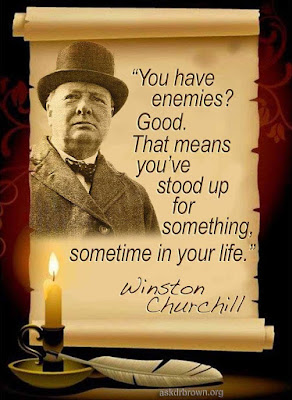 Jude found it necessary to contend earnestly for the faith which was once for all delivered to the saints. For ungodly people have wormed their way among believers and perverted the grace of our God into a license for immorality (Jude 1: 3-4).

Before he left the church elders at Ephesus to go to Jerusalem, Paul shared with them a poignant farewell message:
“So guard yourselves and God’s people. Feed and shepherd God’s flock—his church, purchased with his own blood—over which the Holy Spirit has appointed you as elders.  I know that false teachers, like vicious wolves, will come in among you after I leave, not sparing the flock. Even some men from your own group will rise up and distort the truth in order to draw a following” (Acts 20: 28-30).

Paul’s last words to Timothy have a strikingly similar tone. The former, who was then holed up in a damp and chilly dungeon, charged the young disciple to preach sound doctrine and defend the truth amid false teaching.
“I solemnly urge you in the presence of God and Christ Jesus, who will someday judge the living and the dead when he appears to set up his Kingdom: Preach the word of God. Be prepared, whether the time is favorable or not. Patiently correct, rebuke, and encourage your people with good teaching. For a time is coming when people will no longer listen to sound and wholesome teaching. They will follow their own desires and will look for teachers who will tell them whatever their itching ears want to hear. They will reject the truth and chase after myths" (2 Timothy 4:1-4).

Why the great need to preserve sound doctrine?

Sometimes we think that maturity means we must always be tolerant—even to the extent of condoning false teaching.

But that is not the stance adopted by apostles Paul, Peter and John. They made sure they took a strong stand against destructive heresies (2 Timothy 4:1-4; 2 Peter 2:1; 1 John 4:1).

Truth is not just about morality—integrity in thought, word and action. The oft neglected aspect of truth is doctrine, to which we must hold fast. 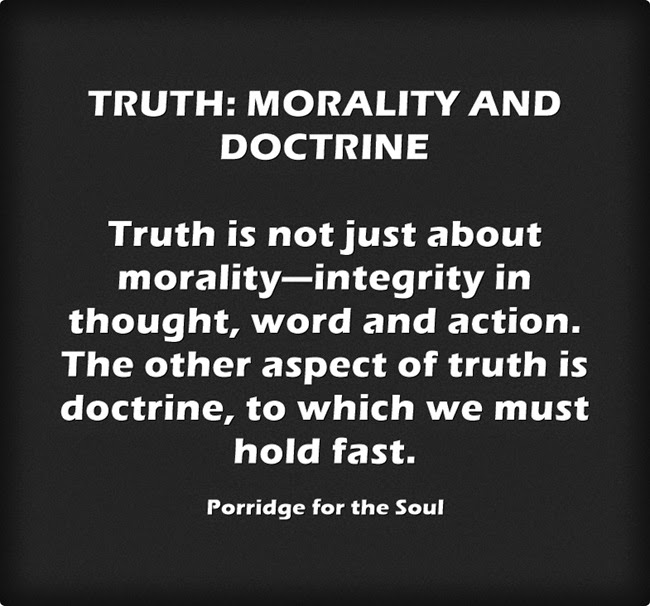 “But even if we or an angel from heaven should preach to you a gospel contrary to the one we preached to you, let him be accursed” (Galatians 1:8).

“And no wonder, for even Satan disguises himself as an angel of light” (2 Corinthians 11:14).

“Watch your life and doctrine closely. Persevere in them, because if you do, you will save both yourself and your hearers” (1 Timothy 4:16).

"Faith is good only when it engages truth; when it is made to rest upon falsehood it can and often does lead to eternal tragedy."  – A. W. Tozer.    http://bit.ly/1qGIyye

Fighting the good fight of faith is not just about keeping our personal faith and finishing the race. http://bit.ly/1deSgkU

It is also about contending for the faith, keeping believers safe from enticing words of man’s wisdom that delude many and send them to destruction. http://bit.ly/1g2CpED 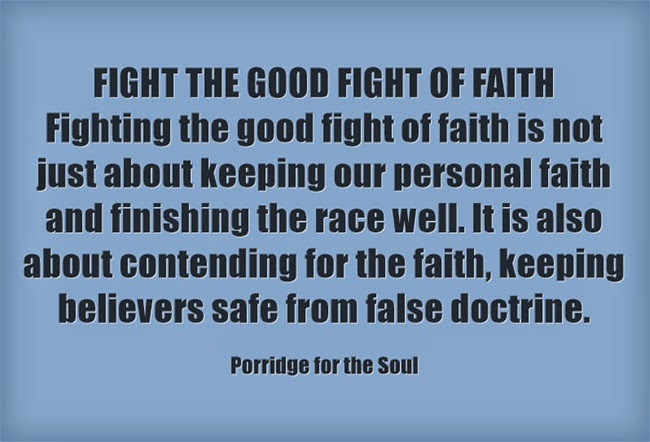 As such, it is imperative for leaders to confront false teaching during these perilous end times. If they can identify with Paul the seriousness of the task they have been entrusted with—to feed the flock with solid teaching from the whole Word of God (Acts 20:27) as well as to correct and rebuke heresy (2 Timothy 4:2)—then people will not be so easily led astray from the faith.

To recap, leaders need to uphold sound doctrine, identify heresy and rebuke it. They have to make sure that the truth is well communicated to the flock.

GRACE AND HYPER-GRACE IN A NUTSHELL
The basics about grace and hyper-grace
http://bit.ly/1qGIyye

HOW TO QUICKLY ACCESS PORRIDGE
For a quick overview: http://bit.ly/1ijiXHp
To access similar articles, type 'Porridge' in the search box of http://christianitymalaysia.com/wp/