Understanding the wiles of satan is the first step towards winning the battle against deception. For we must not be ignorant of satan’s devices. 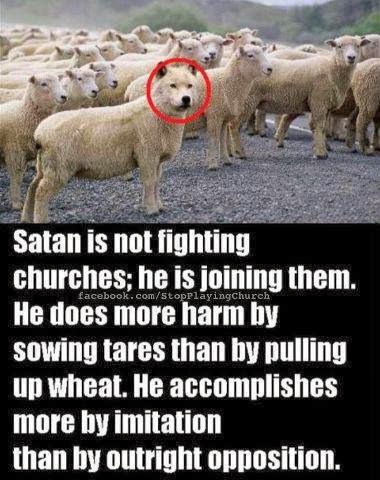 Beware of false prophets, who come to you in sheep's clothing
but inwardly are ravenous wolves

Of the various end times characteristics—deception, persecution and turbulent times*—mentioned by Jesus in Matthew 24 (The Olivet Discourse), deception seems to be the most prominent. Even the elect—supposedly mature leaders—can be deceived. If leaders are deceived, don’t you think the flock will fare even worse?

Like a serpent, deception slithers through the whole Bible from Genesis to Revelation. It is one of the most effective tools that satan employs in spiritual warfare against believers. 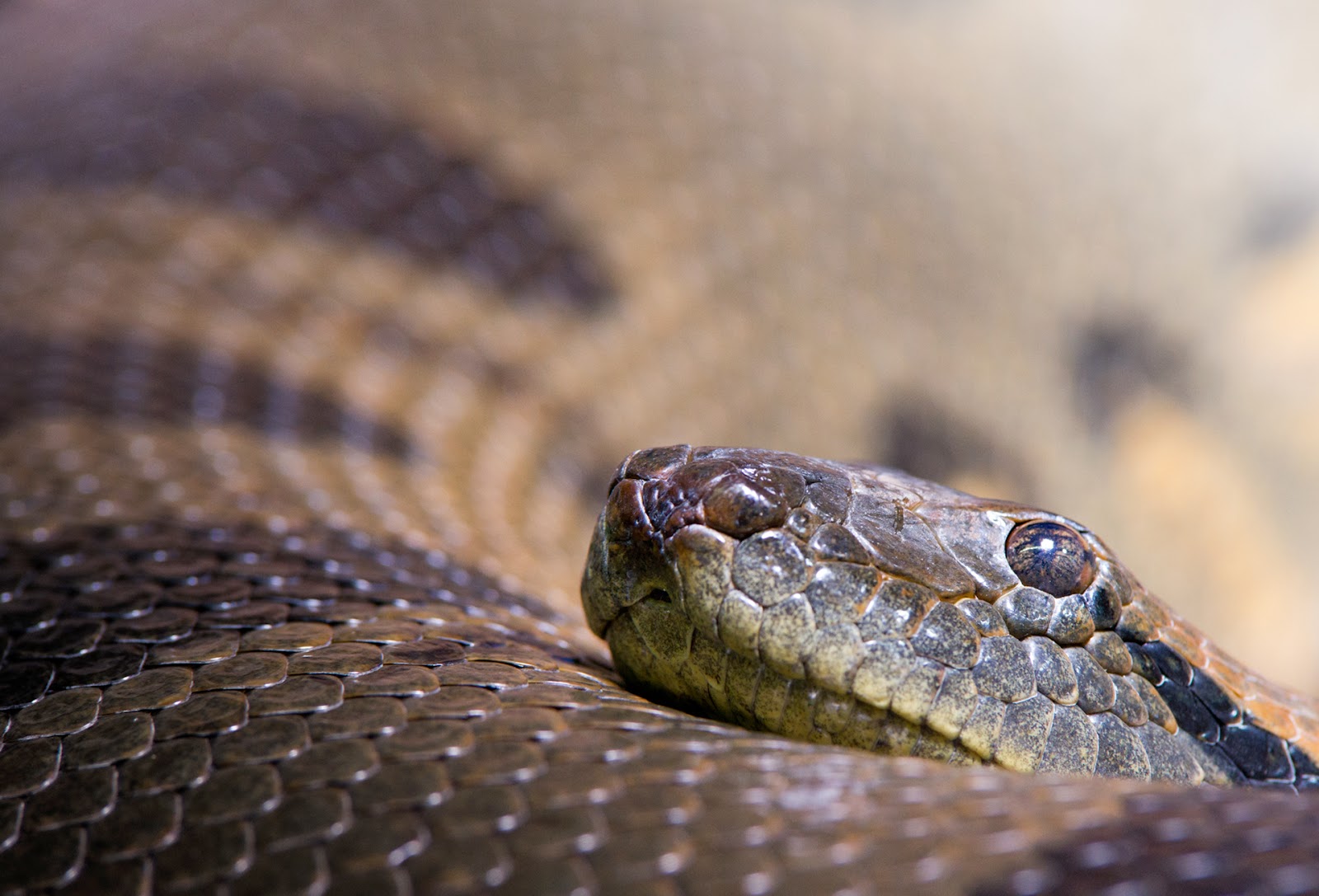 Though Eve was warned by God not to eat the forbidden fruit as she would then die, she disobeyed. She was beguiled by the cunning serpent (satan) (Genesis 3:13).
“You will not certainly die,” the serpent said to her. “For God knows that when you eat from it, your eyes will be opened, and you will be like God, knowing good and evil” (Genesis 3: 4-5).

Joshua was deceived by the Gibeonites because he did not inquire of God (Joshua 9:14). After the miraculous crossing of the river Jordan and victory at Jericho, Joshua might have thought that possessing the Promised Land was like accepting a walkover. He presumed that the Gibeonites were from a distant land and signed a peace treaty with them. Actually they were inhabitants of Canaan whom Joshua was supposed to defeat.

Jeremiah warned: "Do not listen to what the false prophets are prophesying to you; they fill you with false hopes” (Jeremiah 23:16).

Jesus warned: Watch out for false prophets. They come to you in sheep's clothing, but inwardly they are ferocious wolves (Matthew 7:15).

The apostle Paul cautioned: “I am afraid that as the serpent deceived Eve by his cunning, your thoughts will be led astray from a sincere and pure devotion to Christ” (2 Corinthians 11:3). No wonder, for even Satan disguises himself as an angel of light (2 Corinthians 11:14).

That’s why we must not judge ministers/prophets by how many or how spectacular are their signs and wonders but by their faithfulness to the Word and by their fruits. “Watch out for false prophets. They come to you in sheep’s clothing, but inwardly they are ferocious wolves. By their fruit you will recognise them" (Matthew 7:15-17).

How are we going to live our lives in this tumultuous end times where deception reigns?

“But I have this against you, that you have abandoned the love you had at first” (Revelation 2:4).

“Study and be eager and do your utmost to present yourself to God approved (tested by trial), a workman who has no cause to be ashamed, correctly analyzing and accurately dividing [rightly handling and skillfully teaching] the Word of Truth (2 Timothy 2:15).

3. Be vigilant.
“Be sober-minded; be watchful. Your adversary the devil prowls around like a roaring lion, seeking someone to devour” (1 Peter 5:8).

4. Sharpen our discerning skills.
“Dear friends, do not believe every spirit, but test the spirits to see whether they are from God, because many false prophets have gone out into the world” (1 John 4:1). 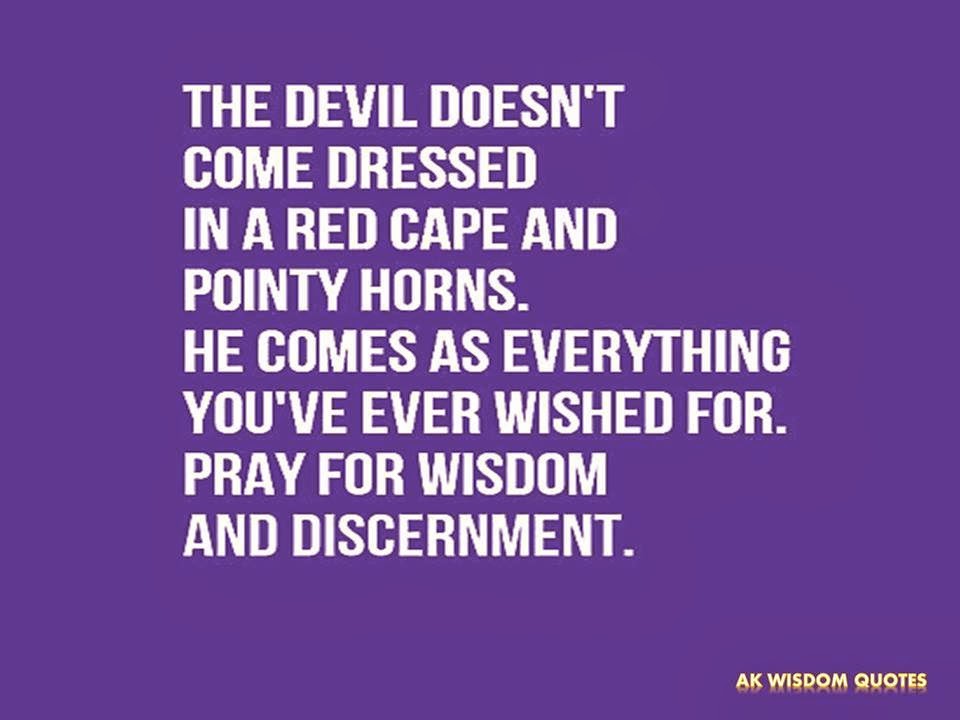 5. Seek to know and do God’s will.
“Therefore be careful how you walk, not as unwise men but as wise, making the most of your time, because the days are evil. So then do not be foolish, but understand what the will of the Lord is” (Ephesians 5:15-17).

“The world is passing away, and also its lusts; but the one who does the will of God lives forever” (1 John 2:17).

SHOULD WE RUN AFTER SIGNS AND WONDERS?
Is there a rationale for pursuing signs and wonders?
http://bit.ly/1m0GVre

C'mon, this anointed prophet is in town. You needn't be confused anymore when you come to life’s crossroads. Don’t miss the opportunity. Get a personal prophetic word direct from heaven’s throne.

THE FACES OF DECEPTION
Be aware, be warned. It’s already here. Deception can present itself in the areas of teaching or supernatural manifestation.
http://bit.ly/1aLltyt

TESTING THE SUPERNATURAL
Are the supernatural manifestations in church today invariably of divine origin?
http://bit.ly/1kLjwYF

FALSE versus TRUE PROPHECY
Do not believe every spirit, but test the spirits to see whether they are from God, for many false prophets have gone out into the world.
http://bit.ly/NBMekK

DANGER OF IGNORANCE
Satan’s ability to entrap believers depends on these factors: ignorance and lack of vigilance on the part of believers and deception on the part of the evil one.
http://bit.ly/1bQdjd0

To access similar articles, type 'Porridge' in the search box of http://christianitymalaysia.com/wp/

or type ‘Lim Poh Ann’ in the search box of http://www.asianbeacon.org/

Recently, the annexation of Crimea from Ukraine by Russia and the resultant crisis between Russia on one side and Ukraine, European Union and the United States on the other side is an example of ‘rumour of war’.
Posted by P A Lim at 05:46