Those who oversee the flock need to identify with the concerns of the Chief Shepherd. Let's learn from Him what it means to have a heart for the flock.

The Chief Shepherd speaks tenderly to us. He knows each of His sheep by name and is willing to lay down His life for the sheep when predators attack the flock:

“A thief comes only to rob, kill, and destroy. I came so that everyone would have life, and have it in its fullest. I am the good shepherd, and the good shepherd gives up his life for his sheep. Hired workers are not like the shepherd. They don’t own the sheep, and when they see a wolf coming, they run off and leave the sheep. Then the wolf attacks and scatters the flock. Hired workers run away because they don’t care about the sheep” (John 10:10-13).

Can we identify with the Chief Shepherd’s feelings as the great multitude followed and thronged Him? “When He saw the crowds, He had compassion for them, because they were harassed and helpless, like sheep without a shepherd” (Matthew 9:36). 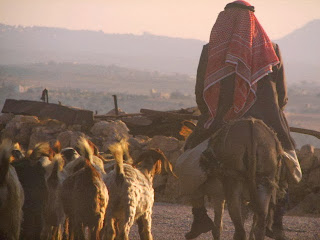 When shepherds fail to fulfill their responsibility, the sheep will be lost and scattered (Matthew 26:31).

That’s why apostle Peter reminds us:
“Just as shepherds watch over their sheep, you must watch over everyone God has placed in your care. Do it willingly in order to please God, and not simply because you think you must. Let it be something you want to do, instead of something you do merely to make money. Don’t be bossy to those people who are in your care, but set an example for them” (1 Peter 5:2-3).

Similarly, apostle Paul enjoins us:
“Keep watch over yourselves and all the flock of which the Holy Spirit has made you overseers. Be shepherds of the church of God, which he bought with his own blood. I know that after I leave, savage wolves will come in among you and will not spare the flock.  Even from your own number men will arise and distort the truth in order to draw away disciples after them” (Acts 20:28-30).

The apostle John echoes Paul’s concern about the damaging effects of false teaching on the flock. “Beloved, do not believe every spirit, but test the spirits to see whether they are from God, for many false prophets have gone out into the world” (1 John 4:1). 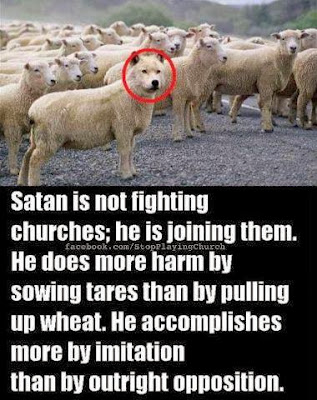 It is imperative for leaders to confront false teaching during these perilous end times. If they can identify with Paul the seriousness of the task they have been entrusted with—to feed the flock with solid teaching from the whole of God’s Word (Acts 20:27) as well as to correct and rebuke heresy (2 Timothy 4:2)—then people will not be so easily led astray from the faith. http://bit.ly/1aFKueb

RELATED POST
PARTING WORDS
If you know it’s the last time you are going to see someone, you make sure you leave behind the most significant and precious words. What can we learn from Paul’s farewell message to the church?