GRACE: CAN WE HAVE TOO MUCH OF A GOOD THING? 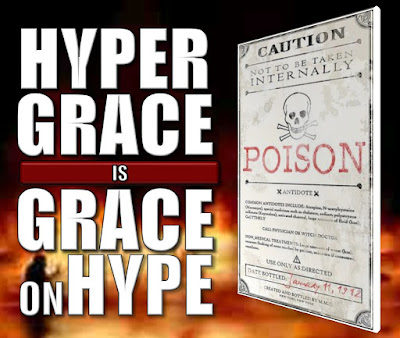 Being sinners—even after we have placed our faith in Christ—we need grace. In fact, lots and lots of grace as nobody’s perfect.

Many of us can identify with the apostle Paul’s dilemma as he agonises over the internal conflict between two opposing natures: “For I have the desire to do what is good, but I cannot carry it out. For I do not do the good I want to do, but the evil I do not want to do— this I keep on doing” (Romans 7: 18b,19).

It is frustrating enough when our body fails to follow the dictates of our mind. It is worse when it does the exact opposite of what we intend.

Referring to the ugliness of our sinful nature, Rev Dr John R. W. Stott states: “Indeed, an honest and humble acknowledgment of the hopeless evil of our flesh, even after the new birth, is the first step to holiness. To speak quite plainly, some of us are not leading holy lives for the simple reason that we have too high an opinion of ourselves.” John R. W. Stott, Men Made New (Downers Grove: Inter-Varsity Press, 1966), p. 74.

Varying emphasis on the role of grace in the lives of believers has caused Christians from different camps to hold divergent views on this issue of grace. While all believers need God’s grace, some believe that overemphasis on grace can be dangerous.

Dr Michael Brown wrote on “Confronting the Error of Hyper-Grace”:  http://www.charismanews.com/opinion/38297-confronting-the-error-of-hyper-grace
in “Charisma News” on 18.2.13.

Paul Ellis gave his rebuttal to the above “Charisma News” article on 22.2.13:
http://escapetoreality.org/2013/02/22/error-of-hyper-grace-michael-brown/

Paul Ellis, who belongs to the “grace camp”, agrees that the Michael Brown has stated fairly well the doctrinal stand of the “grace camp”: (1) we have been made righteous by the blood of Jesus, (2) all our sins have been forgiven, (3) the Holy Spirit never convicts believers of sin, and (4) we need never repent for nor confess our sins (this last point needs some qualification).

Paul Ellis also mentioned in his website, “Escape to Reality”:
“We stand secure, not on our feeble promises to Him, but on His unconditional and unbreakable promises to us."
http://escapetoreality.org/resources/good-news/

“The truth is you are saved by grace and you are kept by grace. It’s grace from start to finish! Don’t let anyone frighten you into doing dead works, but rest secure in His finished work. Just as you did nothing to earn salvation, there is nothing you can do to lose it.”
http://escapetoreality.org/resources/good-news/2/

While these two esteemed gentlemen debate on what constitutes 'grace' from a biblical perspective, I would like to direct the following questions to Paul Ellis:
If we deliberately keep on sinning after we have received the knowledge of the truth, no sacrifice for sins is left, but only a fearful expectation of judgment and of raging fire that will consume the enemies of God. Anyone who rejected the law of Moses died without mercy on the testimony of two or three witnesses. How much more severely do you think someone deserves to be punished who has trampled the Son of God under foot, who has treated as an unholy thing the blood of the covenant that sanctified them, and who has insulted the Spirit of grace? For we know him who said, “It is mine to avenge; I will repay,” and again, “The Lord will judge his people.” It is a dreadful thing to fall into the hands of the living God (Hebrews 10: 26-31).


It is impossible for those who have once been enlightened, who have tasted the heavenly gift, who have shared in the Holy Spirit, who have tasted the goodness of the word of God and the powers of the coming age and who have fallen away, to be brought back to repentance. To their loss they are crucifying the Son of God all over again and subjecting him to public disgrace (Hebrews 6:4-6).

If they have escaped the corruption of the world by knowing our Lord and Savior Jesus Christ and are again entangled in it and are overcome, they are worse off at the end than they were at the beginning. It would have been better for them not to have known the way of righteousness, than to have known it and then to turn their backs on the sacred command that was passed on to them. Of them the proverbs are true: “A dog returns to its vomit,” and, “A sow that is washed returns to her wallowing in the mud” (2 Peter 2:20-22).

By the way, my views are summarised in the following links:

I also concur with this link:
http://www.evangelicaloutreach.org/futuresins.htm

In my humble opinion, this issue can be resolved by considering how Jesus dealt with the woman caught in the act of adultery (without going too much into protracted theological discussion):

Then the scribes and Pharisees brought to Him a woman caught in adultery. And when they had set her in the midst, they said to Him, “Teacher, this woman was caught in adultery, in the very act. Now Moses, in the law, commanded us that such should be stoned. But what do You say?” This they said, testing Him, that they might have something of which to accuse Him. But Jesus stooped down and wrote on the ground with His finger, as though He did not hear.

So when they continued asking Him, He raised Himself up and said to them, “He who is without sin among you, let him throw a stone at her first.” And again He stooped down and wrote on the ground. Then those who heard it, being convicted by their conscience, went out one by one, beginning with the oldest even to the last. And Jesus was left alone, and the woman standing in the midst. When Jesus had raised Himself up and saw no one but the woman, He said to her, “Woman, where are those accusers of yours? Has no one condemned you?”
She said, “No one, Lord.”
And Jesus said to her, “Neither do I condemn you; go and sin no more.”
(John 8:3-11)

This short account has deep theological implications. The recipient of God’s love and mercy ought to show evidence of change in thought and behavior. In other words, the sinner has to repent.

We tend to emphasize God’s love and mercy towards sinners. The need for sinners to bear fruits that befit repentance—personal responsibility—is often not emphasised to the same degree.

Jesus was gracious and merciful towards her when the crowd wanted to stone her.
But Jesus also made it a point to tell her, “Go and sin no more.”

Just watch this touching video and let the truth sink in: http://www.youtube.com/watch?v=8welVgKX8Qo

“For the law was given through Moses, but grace and truth came through Jesus Christ.” (John 1:17). Jesus was not only gracious to forgive her but He demanded that, from henceforth, she live a life true to her new status as a recipient of God’s grace. She was to live a righteous life in keeping with repentance.

I think Dr Michael Brown made a convincing case when he wrote “Confronting the Error of Hyper-Grace”:
http://www.charismanews.com/opinion/38297-confronting-the-error-of-hyper-grace

By now you probably would have noticed where I stand on this issue of grace, which is not merely a topic to tickle our minds for it may have drastic eternal consequences for those who embrace the wrong belief.

Everyone is free to believe what he or she wants. You are free to voice your views.

WHAT GRACE TEACHES US
“I am convinced many Christians cannot handle the blessings of grace. They glory in the message of God's unearned pardon, filling their minds with every Bible passage describing His mercy and compassion. They love to hear the story of the shepherd who goes after the lost sheep, because it brings them great comfort. Yet, once they stockpile all the rich, glorious truth about God's grace toward them, it begins to burn a hole in their purse of flesh. And it becomes to them a license to sin!” — David Wilkerson.
http://sermons.worldchallenge.org/en/node/23344