False teachings or heresies are making inroads into the church today and many are caught unaware by the wiles of satan.

How do false teachers infiltrate the church? They worm their way, slither in unnoticed and surreptitiously enter the church (Jude 4). These heresies, like leaven, progressively spread its destructive influence among church members (2 Peter 2:1). 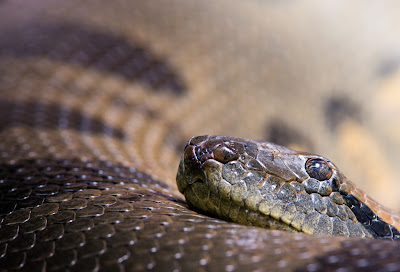 Some think that I enjoy taking up the task of ‘heresy hunting’. I do it with a heavy heart. Realising that so many believers have been deceived by a different Christ, a different gospel and a different spirit, it has to be done. http://bit.ly/1LvvGS0

I make no apology if a large proportion of my posts include themes that many Christians would not like to hear or expect to hear. I have a burden to discharge and it weighs heavily on me if I do not keep on doing the job. Even if I wanted to, I can’t stop.

We can see in the final days of Paul’s life that he had this burden to confront false doctrine.

Paul was apprehensive that—amid the infiltration of false doctrine—both the church he founded at Ephesus and the church he was about to leave under young Timothy’s care would not be able to endure when he (Paul) was no longer around.

Paul’s last words to Timothy have a strikingly similar tone. The former, holed up in a dark and damp dungeon, charged the young disciple to preach sound doctrine and defend the truth amid false teaching.

We can glean precious lessons from the two passages above, which record for us Paul’s parting words.

Firstly, it concerns the paramount importance of preaching the truth, the Word of God, irrespective of the season. The flock needs to be fed the solid Word, especially when there is false teaching (heresy) that it is so enticing; it tickles and soothes “itching ears”. People are naturally drawn away from truth to distorted versions of truth because the latter give them the “feel good” sensation.  There is a great need not only to teach and encourage (positive) but also to correct and rebuke (negative).

Secondly, Paul wanted to impress upon the believers the importance of unwavering faith and the need to hold on to the gospel so that they will not be swept by every wind of doctrine that blows across their path.

That is why he had to entrust the church at Ephesus to God and the Word (Acts 20:32) so that their faith might endure and they will finally receive their heavenly reward.

We need to hold on to our faith till the end if we do not want to miss out on the eternal rewards promised to all who love Him. 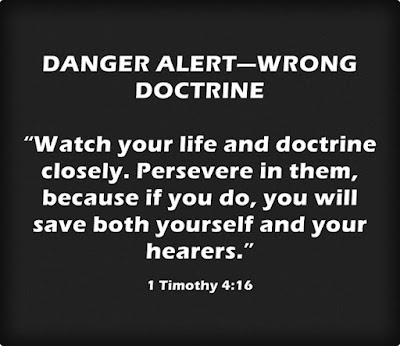 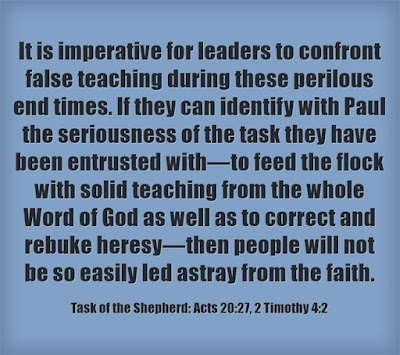 "Beloved, although I was very eager to write to you about our common salvation, I found it necessary to write appealing to you to contend for the faith that was once for all delivered to the saints. For certain people have crept in unnoticed who long ago were designated for this condemnation, ungodly people, who pervert the grace of our God into sensuality and deny our only Master and Lord, Jesus Christ."
(Jude 1:3-4)

TOUGH QUESTIONS FOR BETHEL FANS
Here are some searching questions for fans of Bill Johnson and Bethel church
http://bit.ly/1LvvGS0

HYPER-GRACE DOCTRINE REFUTED
Eight key tenets of hyper-grace doctrine refuted
When red flags go up at popular beaches, it means there are dangerous undercurrents that endanger lives. Stay out of harm’s way. Don’t swim. It’s too risky. Similarly, in the spiritual realm, we need to raise red flags whenever there are dangerous false teachings so that impressionable believers will not be entrapped.
http://bit.ly/1ibPiTU

CONTENDING FOR THE FAITH
Why is preserving sound doctrine so important? Sometimes we think that maturity means we must always be tolerant—even to the extent of condoning false teaching.
http://bit.ly/1m0CHha