RIDING OUT THE STORM

How to experience God’s providence in times of economic uncertainty

If we are looking for explicit, step-by-step instructions from scriptures on how to deal with economic crisis, we will be disappointed. However, it doesn’t mean that we can’t glean important principles from the Word on dealing with hard times.

Let's take for example the prophet Elijah who was fed by ravens and a widow during famine. How God chooses the most unlikely sources of sustenance to meet His servants’ needs is indeed mind boggling and unfathomable.

Divine providence comes to us in wondrous and diverse ways and we should not try to limit the workings of an infinite and omnipotent God. 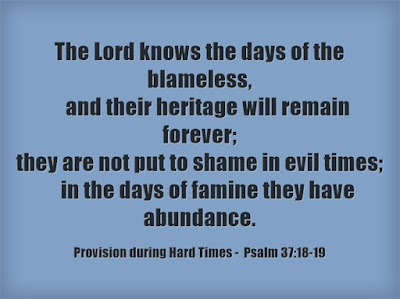 Firstly, Elijah was told to go a brook, near the Jordan river, where ravens would feed him. For water, he merely needed to help himself from the brook.

When the brook dried up, the prophet was told to go to the village of Zarephath in territory of his enemy, Jezebel. God was trying to tell Elijah that He can protect him even in the enemy’s lair. We would have surmised that Elijah would be directed to a rich man’s house to be fed. But again, God chose an unlikely candidate, a poor widow, to feed the prophet.

Those who trust God, serve and honour Him must put full confidence in God in times of need. Elijah and the widow relied entirely on God for their sustenance. 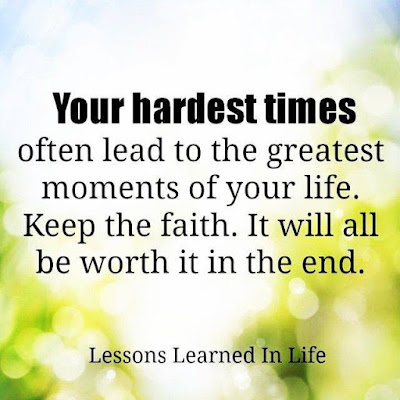 Elijah was blessed when he obeyed God’s instructions to go to the brook and, later, to Gentile territory. His needs were miraculously met through unclean birds and a poor widow.

Similarly, the widow benefitted by obeying Elijah’s instruction to prepare a meal for him first, even before serving herself. The result was nothing short of a miracle—there was enough food for her and her son throughout the duration of the famine.

If we focus on obeying and serving God, not only will our own needs be met; we will also be a blessing to others. First, we ourselves are filled; next, we will bear fruit and bless others even in times of famine. We will buck the trend during hard times (Matthew 6:33, Jeremiah 17:7-8, Psalm 1:1-3).

The moral of the story is that we must listen to our Master’s instructions during hard times or economic crisis, which will surely befall us in these end times. But how do we receive His instructions? By abiding in His word, dwelling in His presence and listening to what He says to us (John 10:27, John 14:26, John 15:7, Psalm 37:18-19).

If we do so, we will experience His blessing and provision, which may come from various sources and “delivered” to us in unexpected ways—even through “unclean birds”. 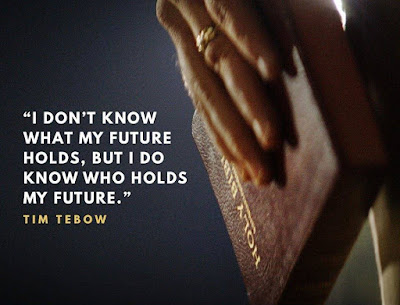 Let's now consider another example of famine in the Bible. When famine struck the ancient world, Joseph’s brothers came down to Egypt to buy grain. Unknown to them, God had already prepared way ahead for their needs to be met through Joseph, the influential governor of Egypt, second in rank to Pharaoh. This reflects the foreknowledge of a faithful God. Has it ever crossed our minds that God has our welfare at heart all the time (Jeremiah 29:11)?

Guided earlier by divine wisdom, Joseph had built storehouses to stockpile grain—with the blessing of Pharaoh after interpreting the king’s dream that seven years of famine would follow seven years of plenty. This ample provision of grain met the needs of the Egyptians and Joseph’s brothers (Genesis 41: 53-57).

May we learn from this story as we prepare for end time global economic crisis. To insist that believers will continue to experience effortless success and that good times will continue to roll is being naïve. This kind of teaching makes people with itching ears feel good.

Notice that God does not shield His children from famine or trials. He does not remove tribulation from the life of believers: “I have said these things to you, that in me you may have peace. In the world you will have tribulation. But take heart; I have overcome the world” (John 16:33). http://bit.ly/1w2LYfH

But He promises to be with us through it all, good or bad times (Hebrews 13:5b, Matthew 28:20b). God’s faithfulness coupled with obedience on our part—proactively preparing for hard times when times are better, like Joseph—will help us to ride out the storm of economic uncertainty. 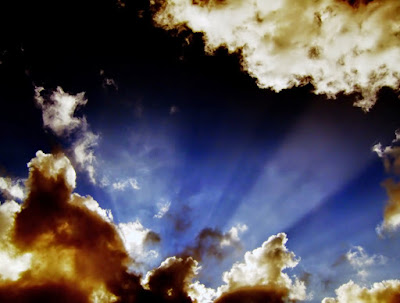 BRACING FOR TOUGH TIMES
Will there come a time when many believers lose faith in God?
http://goo.gl/saIhkK

HARD TIMES
Whether it’s a global economic downturn or a personal financial crisis such as retrenchment, no one fancies going through dire financial straits. Can we learn something positive through it all? Can we emerge stronger and better through it all?
http://bit.ly/1QTl8R2

MORE THAN ENOUGH
Facing hard times? An all-sufficient God is able to meet all our needs. How can we affirm and declare this truth?
http://bit.ly/1Vy6Dca

HOW TO ATTAIN FINANCIAL FREEDOM
http://bit.ly/NIWat8

DOES GOD CARE WHETHER WE MAKE A PROFIT?
http://bit.ly/1cSWoHz

RIDING OUT THE STORM
How to experience God’s providence in times of economic uncertainty
http://goo.gl/engJ50

BRACING FOR A ROUGH RIDE
May we prepare ourselves for end time global economic crisis. To insist that believers will continue to experience effortless success and that good times will continue to roll is being naïve. This kind of teaching only makes people with itching ears feel good.
http://goo.gl/engJ50

When famine struck the ancient world, Joseph’s brothers came down to Egypt to buy grain. Unknown to them, God had already prepared way ahead for their needs to be met through Joseph, the influential governor of Egypt, second in rank to Pharaoh. This reflects the foreknowledge of a faithful God. Has it ever crossed our minds that God has our welfare at heart all the time?
http://goo.gl/engJ50

REFERENCES
The Lord knows the days of the blameless,
and their heritage will remain forever;
they are not put to shame in evil times;
in the days of famine they have abundance.
(Psalm 37:18-19)

“Blessed is the man who trusts in the Lord,
And whose hope is the Lord.
For he shall be like a tree planted by the waters,
Which spreads out its roots by the river,
And will not fear when heat comes;
But its leaf will be green,
And will not be anxious in the year of drought,
Nor will cease from yielding fruit.
(Jeremiah 17:7-8)

Blessed is the man
who walks not in the counsel of the wicked,
nor stands in the way of sinners,
nor sits in the seat of scoffers;
but his delight is in the law of the Lord,
and on his law he meditates day and night.
He is like a tree
planted by streams of water
that yields its fruit in its season,
and its leaf does not wither.
In all that he does, he prospers.
(Psalm 1:1-3)

ELIJAH FED BY RAVENS AND A WIDOW

Now Elijah the Tishbite, of Tishbe in Gilead, said to Ahab, “As the Lord, the God of Israel, lives, before whom I stand, there shall be neither dew nor rain these years, except by my word.” And the word of the Lord came to him: “Depart from here and turn eastward and hide yourself by the brook Cherith, which is east of the Jordan. You shall drink from the brook, and I have commanded the ravens to feed you there.” So he went and did according to the word of the Lord. He went and lived by the brook Cherith that is east of the Jordan. And the ravens brought him bread and meat in the morning, and bread and meat in the evening, and he drank from the brook. And after a while the brook dried up, because there was no rain in the land.
Then the word of the Lord came to him, “Arise, go to Zarephath, which belongs to Sidon, and dwell there. Behold, I have commanded a widow there to feed you.” So he arose and went to Zarephath. And when he came to the gate of the city, behold, a widow was there gathering sticks. And he called to her and said, “Bring me a little water in a vessel, that I may drink.” And as she was going to bring it, he called to her and said, “Bring me a morsel of bread in your hand.” And she said, “As the Lord your God lives, I have nothing baked, only a handful of flour in a jar and a little oil in a jug. And now I am gathering a couple of sticks that I may go in and prepare it for myself and my son, that we may eat it and die.” And Elijah said to her, “Do not fear; go and do as you have said. But first make me a little cake of it and bring it to me, and afterward make something for yourself and your son. For thus says the Lord, the God of Israel, ‘The jar of flour shall not be spent, and the jug of oil shall not be empty, until the day that the Lord sends rain upon the earth.’” And she went and did as Elijah said. And she and he and her household ate for many days. The jar of flour was not spent, neither did the jug of oil become empty, according to the word of the Lord that he spoke by Elijah.
(1 Kings 17:1-16)

PROVISION IN TIMES OF FAMINE