FAITHFUL TO OUR CALLING

Knowing that God keeps us faithful till the end is not enough. We have to seek to understand His will for our lives and then live it out. In these end times when evil abounds, it is all the more important that we live intentionally and purposefully. 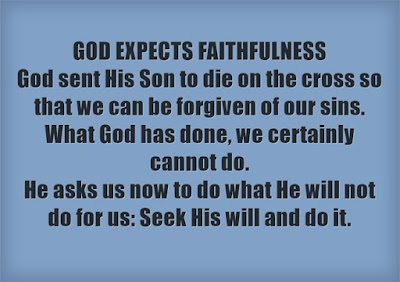 Findings by researchers on church growth show that only 20% of churchgoers have found their gifting and place in the Body of Christ. The rest, about 80%, are merely passive Sunday worshippers.

Which category would you like to be in? What does it mean to be faithful to our calling?

God who began the good work in believers ensures that we remain faithful till the end. Finally when our journey in life is over, we gain entrance into heaven and receive our due reward.

What a glorious day it would be when we find rest for our souls, having endured the toil and troubles that continually beset our transient earthly existence.

However, is this the complete story? What about our part? Do we merely accept Jesus by faith, sit back and allow God to keep us safe till we attain eternal bliss?

God sent His Son to die on the cross for our sins so that we can be forgiven when we place our trust in Him. What God has done, we certainly cannot do. Now He asks us to do what He will not do for us: Seek His will and do it. 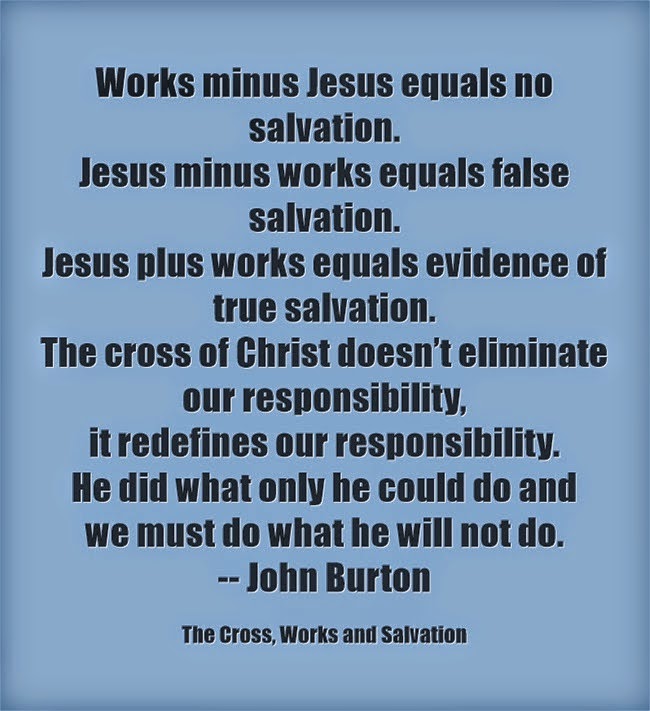 Long ago, the disciples were only thinking about food when hunger pangs set in. But Jesus told them that there is something more they should be focusing on—doing God’s will. Jesus said to them, “My food is to do the will of him who sent me and to accomplish his work” (John 4:34).


Believers have a limited, finite period to discharge the God-ordained task He has placed in our hands. We must emulate the sense of urgency in Jesus’ life and mission. “We must work the works of him who sent me while it is day; night is coming, when no one can work (John 9:4). http://bit.ly/1iLeGuV

If evil was prevalent in Paul’s day, how much more exceedingly evil it is in these end times when men are lovers of self, money and pleasure rather than lovers of God—holding a form of religion but denying its power (2 Timothy 3:1-5).

How much more, then, we ought to live intentionally in these perilous end times!

Having understood and determined God’s specific will for our lives, the next step is to live a life worthy of our high calling. 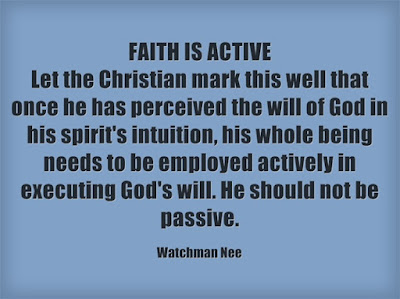 For example, if we are not called to be a teacher of the Word, we can exercise our gifts in other areas such as hospitality (1 Peter 4:9-11).

If we have no sense of calling in life, we tend to drift along in life like flotsam. http://bit.ly/1aAGtZG

Many well-meaning believers are deeply involved in a particular ministry—meeting diverse needs, spreading themselves thin, “fighting fires” with leaky hoses and blunt axes. But if they don’t have a clear understanding of their primary calling in life, they won’t be effective. 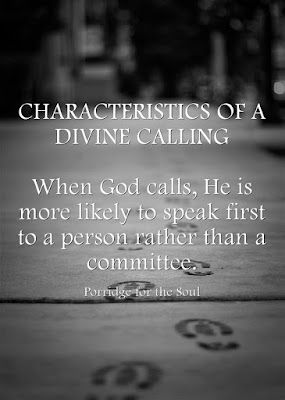 Philosopher and theologian, Dr Ramesh Richard, once challenged some leaders to reduce their life work to one word, which to him is “proclamation”. We too need to find that 'one word' that best describes our life work.

To be faithful in our calling also means that we are willing to be good stewards of the time, talents and resources God has endowed us with (Parable of the Talents). The servants who received five and two talents were equally commended for being faithful. The productivity facts and figures aren’t exactly what God is looking for; it’s our faithfulness in managing the talents that counts. Woe betide any believer who buries his talent. Such a believer is epitomised by the one-talent servant who was condemned as wicked and slothful and cast into the outer darkness (Matthew 25:14-30).

Jesus issues a word of warning to those who rest on their laurels, who religiously say and do the right things but do not do his will:

Knowing that God keeps us faithful till the end is not enough. We have to seek to understand His will for our lives and then live it out. In these end times when evil abounds, it is all the more important that we live intentionally and purposefully.

Besides working to support ourselves, which is a legitimate pursuit, can we truly echo Jesus’ words, “My food is to do the will of him who sent me and to accomplish his work”?

WHEN GOD CALLS
Identifying some of the characteristics of a divine calling
When God calls, He is more likely to speak first to a person rather than a committee
http://bit.ly/1e9JEbK

THE POWER OF VISION
By embracing a God-inspired vision, we can live purposefully—by design and not by default.
http://bit.ly/1aAGtZG

STEPPING INTO OUR DESTINY
When we step out by faith to embrace God’s calling, we need to focus on His promises rather than obstacles.
http://bit.ly/1bRLAro

SINGLE-MINDEDNESS
Being so focused and determined that we have one objective in mind. Once Jesus and Paul knew for certain what God wanted them to do, nothing on earth could make them change their minds. They set their faces like flint towards Jerusalem.
http://bit.ly/1iLeGuV

Have you found your gifting and place in the Body of Christ?

And he gave the apostles, the prophets, the evangelists, the shepherds and teachers, to equip the saints for the work of ministry, for building up the body of Christ, until we all attain to the unity of the faith and of the knowledge of the Son of God, to mature manhood, to the measure of the stature of the fullness of Christ.
(Ephesians 4:11-13)

Having gifts that differ according to the grace given to us, let us use them: if prophecy, in proportion to our faith; if service, in our serving; the one who teaches, in his teaching; the one who exhorts, in his exhortation; the one who contributes, in generosity; the one who leads, with zeal; the one who does acts of mercy, with cheerfulness.
(Romans 12:6-8)

Show hospitality to one another without grumbling. As each has received a gift, use it to serve one another, as good stewards of God's varied grace: whoever speaks, as one who speaks oracles of God; whoever serves, as one who serves by the strength that God supplies—in order that in everything God may be glorified through Jesus Christ.
(1 Peter 4:9-11)

The Parable of the Talents 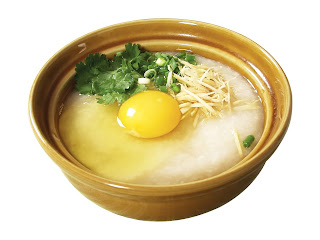