LOSS OF REWARDS VS LOSS OF SALVATION

Some believers may lose their eternal rewards BUT eventually they are saved. In the Parable of the Ten Virgins, did the foolish virgins merely lose their rewards or much more?

The apostle Paul teaches that some believers will make it to heaven by the skin of their teeth with the smell of smoke on their clothes and their hair singed. They will barely scrape through the “final examination” before attaining eternal bliss, just like a student who gets 51 marks out of 100.

Loss of rewards but still saved
“Now if anyone builds on the foundation with gold, silver, precious stones, wood, hay, straw— each one's work will become manifest, for the Day will disclose it, because it will be revealed by fire, and the fire will test what sort of work each one has done. If the work that anyone has built on the foundation survives, he will receive a reward. If anyone's work is burned up, he will suffer loss, though he himself will be saved, but only as through fire” (1 Corinthians 3: 12-15).

Some believers may lose their eternal rewards BUT eventually they are saved. Loss of rewards may happen because their works are tainted with wrong motive or pride. For example, those who flaunt their charitable deeds or love praying publicly to show off will not be rewarded in future (Matthew 6:1-6).

However, in the Parable of the Ten Virgins (Matthew 25:1-13), a completely different scenario exists. Did the foolish virgins merely lose their rewards? Or did they lose much more—their salvation? Let’s go deeper. 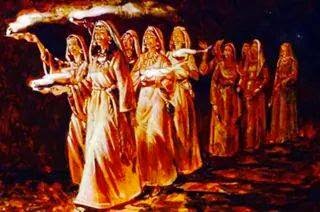 Parable of the Ten Virgins (Matthew 25: 1-13)
“At that time the kingdom of heaven will be like ten virgins who took their lamps and went out to meet the bridegroom. Five of them were foolish and five were wise. The foolish ones took their lamps but did not take any oil with them. The wise ones, however, took oil in jars along with their lamps. The bridegroom was a long time in coming, and they all became drowsy and fell asleep.
“At midnight the cry rang out: ‘Here’s the bridegroom! Come out to meet him!’
“Then all the virgins woke up and trimmed their lamps. The foolish ones said to the wise, ‘Give us some of your oil; our lamps are going out.’
“‘No,’ they replied, ‘there may not be enough for both us and you. Instead, go to those who sell oil and buy some for yourselves.’
“But while they were on their way to buy the oil, the bridegroom arrived. The virgins who were ready went in with him to the wedding banquet. And the door was shut.
“Later the others also came. ‘Lord, Lord,’ they said, ‘open the door for us!’
“But he replied, ‘Truly I tell you, I don’t know you.’
“Therefore keep watch, because you do not know the day or the hour. 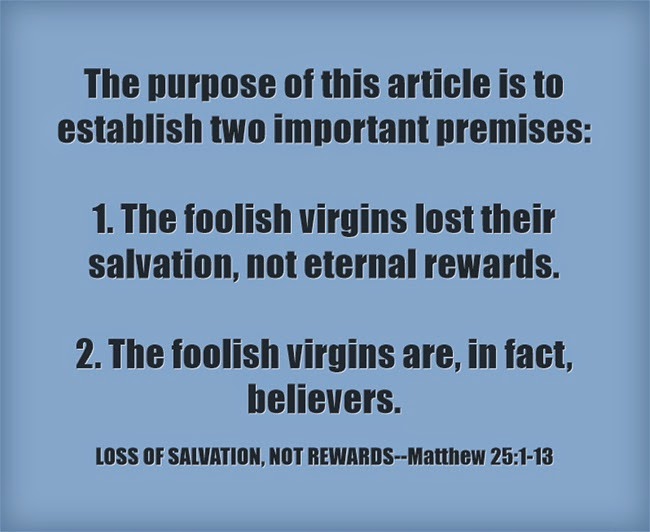 The purpose of this article is to establish two important premises:

Loss of salvation
When we hear terrifying expressions such as ‘door is shut’, ‘I do not know you’, ‘weeping and gnashing of teeth’ with regards to eligibility for entry to heaven, our only wish is that it does not apply to us.  All of them suggest exclusion from heaven. All are related to being sent to hell.

‘Shutting of the door’ is a picture of judgment. Because the foolish virgins had to go out to buy oil to refill their lamps, they failed to meet the bridegroom and were shut out from the wedding feast.

After Noah entered the ark with his family and the animals, the door of the ark was shut. Shut out from the ark, the sinful world faced God’s judgment, perishing in the great flood.

The foolish virgins were shocked to hear these ominous words, “I do not know you”, just like the backslidden miracle workers in Matthew 7: 21-23. If the foolish virgins' names are written in the book of life, wouldn’t the bridegroom / God know them?

What do we do if a stranger requests for permission to enter our home? If we do not know him, we will just shut the door. Why then do we not accept at face value Jesus’ teachings in this parable? Why must we allow the preconceived idea that believers cannot possibly lose their salvation to cloud our thinking and make us rationalise away their outcome?

When the door is shut on account of the fact there is no existing relationship between the person inside and outside the door, it can only mean one thing: Exclusion from the wedding feast / heaven (Revelation 19:6-9).

Failure to develop an intimate and abiding relationship with Christ, lack of anticipation and preparedness for the bridegroom’s arrival (failure to carry extra oil) caused the foolish virgins to lose their salvation.

They did not lose their reward as 'feel good' teaching would have us believe. The door to heaven was shut in their faces.

If the names of believers can be blotted out from the book of life (Revelation 3:5), it means that their names must be there in the first place.

Next, we ask ourselves who do these virgins (bridesmaids) represent: Are they believers or pre-believers? 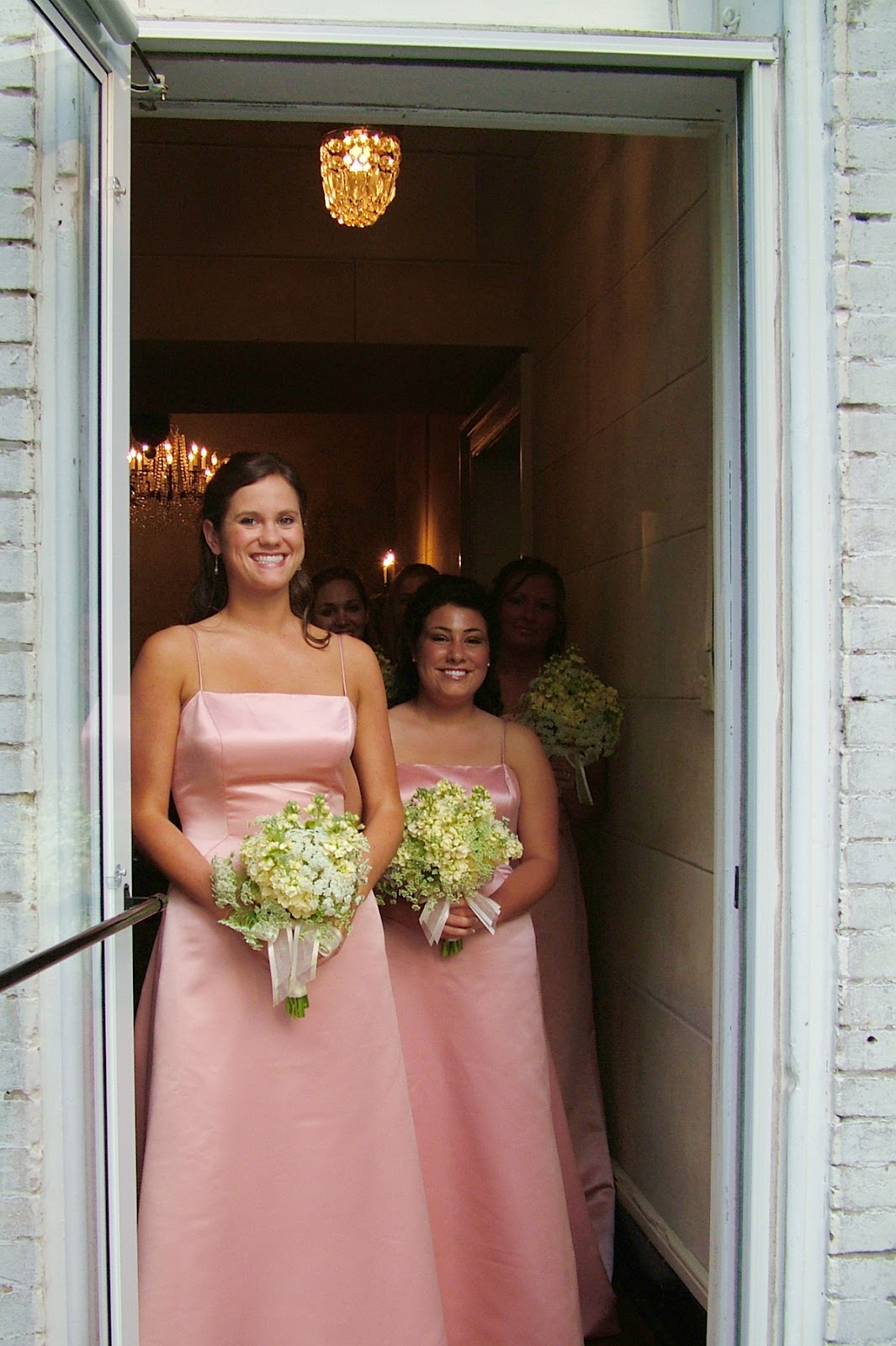 Are the Foolish Virgins Believers?
Here are SEVEN reasons in favour of the fact that all the virgins were believers, including the foolish virgins.

First, Jesus was addressing believers in Matthew 24 (Olivet Discourse) and this Parable of the Ten Virgins is a follow up to emphasise to believers to be watchful, not complacent and careless, as He can come anytime. Even at an unexpectedly late hour (midnight) as the bridegroom in the parable did.

We must not fail to recognise that this parable is a continuation of the Olivet Discourse where Jesus was explaining to His disciples the signs of the end of the age:

“As he sat on the Mount of Olives, the disciples came to him privately, saying, ‘Tell us, when will these things be, and what will be the sign of your coming and of the end of the age?’” (Matthew 24:3).

Second, the word 'virgins' suggest that all the bridesmaids were pure, just like believers set apart for God’s purposes (2 Corinthians 11:2).

Third, 'ten' is the minimum number associated with a congregation. In Judaism, public prayers could only be offered if there were at least ten believers. Jesus certainly knew how to use the best metaphors (ten virgins) to contextualise His message to the people then so that they could grasp it easily.

Fourth, like many presumptuous believers in church today, the foolish virgins addressed the groom by the name, "Lord, Lord" (Matthew 25:11). That means they were not outside the circle of believers but had a relationship with the Lord once upon a time. Sadly, they lost their spiritual fervour with the passage of time and finally were told by the bridegroom, “I don’t know you.”

Fifth, all the virgins were carrying lamps. This picture is consistent with the fact that believers are supposed to be the light of the world (Matthew 5:14).

Sixth, they all had oil in their lamps. Oil is a symbol of the Holy Spirit. A lamp can only emit light when it has sufficient oil. Without the Spirit, believers would be spiritually dead and ineffective as witnesses. If anyone does not have the Spirit, he does not belong to God (Romans 8:9b)

Seventh, they were all eagerly looking forward to meet the bridegroom so that they can light the way for the bridal party as they make their way to the bridegroom’s home where the wedding feast was held. This is consistent with the fact that all believers should look forward in the future to attend the Marriage Supper of the Lamb (Revelation 19:6-9).

I hope it does not seem to you that I am trying to squeeze milk out from a rock in order to prove my point that all the virgins (bridesmaids) are those who profess to be believers.

With so much evidence in place, it is a well-established fact that Jesus was speaking to believers (audience) and referring to those who profess to be believers (represented by the virgins) in this parable.

The foolish virgins are those who profess to be believers but are careless and complacent. They did not carry with them extra oil to keep their lamps burning just in case the bridegroom got delayed.

Why is it important to establish the fact that the foolish virgins are believers, not pre-believers?

If the foolish virgins are pre-believers, then some believers would take comfort in the fact that it does not apply to them. Hence, they (believers) think they need not buck up spiritually.

Once we acknowledge that the foolish virgins are believers, the sombre truth emerges that believers may lose their salvation:

What happened to the wicked and slothful servant who failed to multiply the single talent given to him?

“For whoever has will be given more, and they will have an abundance. Whoever does not have, even what they have will be taken from them. And throw that worthless servant outside, into the darkness, where there will be weeping and gnashing of teeth” (Matthew 25: 29-30).

The fruitless (wicked and slothful) servant in the Parable of Talents was condemned. Fruitless faith will not save us (James 2: 19-22, Luke 3:8-9).

Both the above parables, which are addressed to believers, underscore the need for accountability and personal responsibility.

Complacency and failure to abide may rob believers of eternal life. And it is not about getting smaller or lesser rewards but totally missing out on heaven. The following passages refer to believers:


So easy to go to heaven?
Anytime you hear people making it sound so simple to make it to heaven (Matthew 7: 13-14), downplaying personal responsibility, immediately you can smell a rat. False teaching is once again rearing its ugly head.

If we believe that we do not have to work out our faith, then we will have to cut off the following verses from our Bible:

FOOLISH VIRGINS REJECTED
How can the foolish virgins, being believers, be shut out from heaven? Isn't it supposed to be Once Saved, Always Saved?
http://bit.ly/1BUqF3G 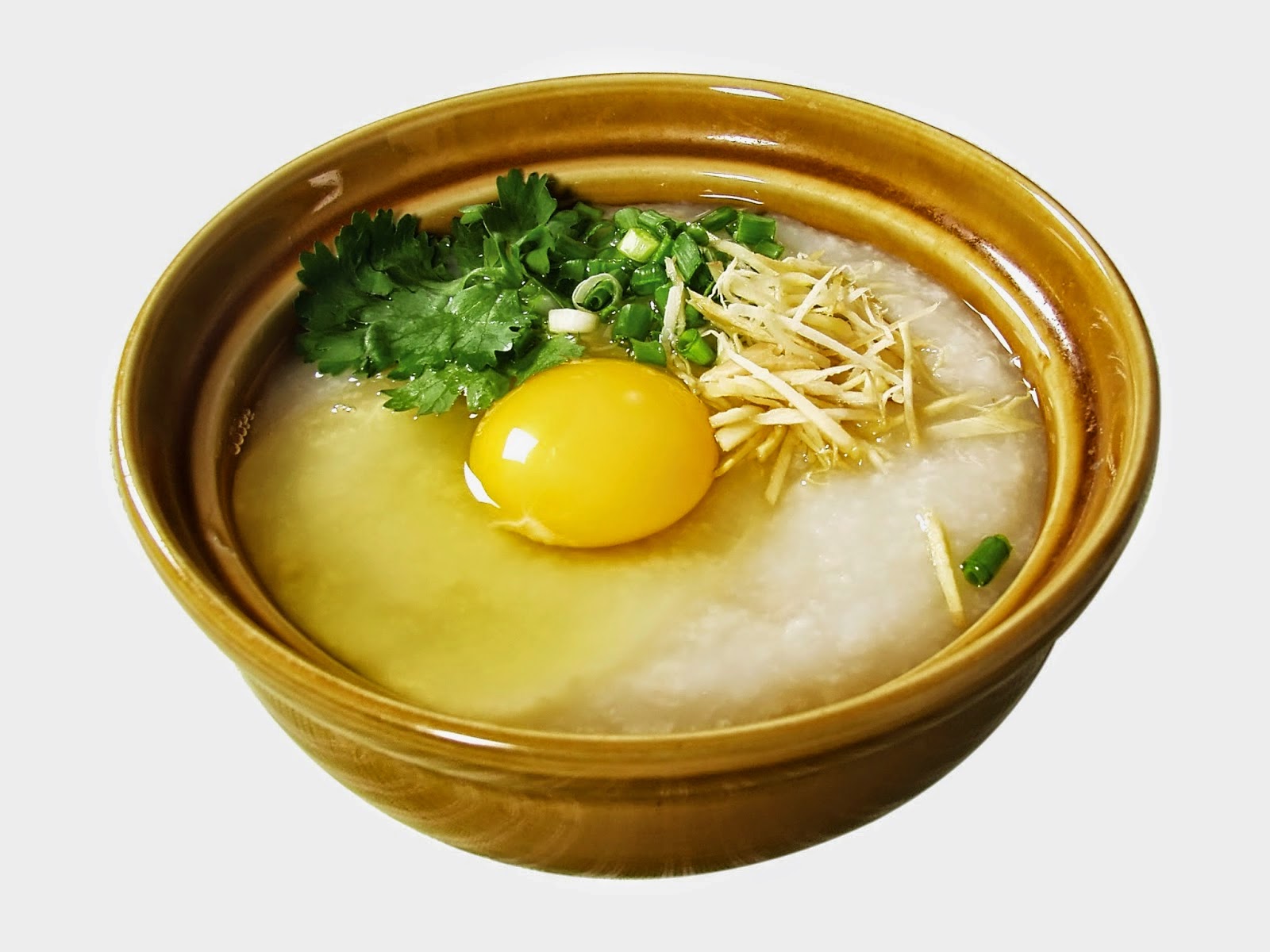