WHY FORGIVENESS IS FOR OUR OWN GOOD

When we forgive we are actually doing ourselves a favour.

"To forgive is to set a prisoner free and to discover the prisoner was you.” — Corrie Ten Boom 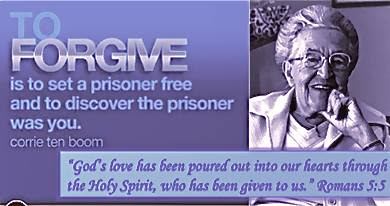 When Holland was under German rule during World War II, a brave Christian lady called Corrie Ten Boom hid several Jews, who were then hunted down by the Nazis, in her home. Later, betrayed by an informer, she was sent to a harsh concentration camp.

In post-war Germany, she happened to meet the prison guard in a church. The latter, seeking forgiveness for the cruel things he had done in prison, asked, “Will you forgive me?” Though her heart was cold towards him, she knew forgiveness was an act of the will, not an emotion. She realised God’s prerequisite for forgiveness—if we don’t forgive those who have wronged us, God won’t forgive us (Matthew 6:14-15). Struggling hard, she forgave him. 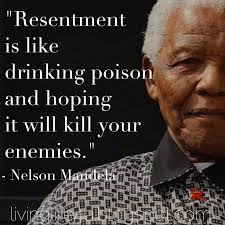 To forgive our enemies—and to bless and pray for them—goes against the grain of human nature. If God forgives us daily for our sins, how can we harbour bitterness against those who have hurt us? But only a deep experience of God’s unconditional love can empower us to forgive. It wasn’t easy even for a spiritual giant like Corrie. 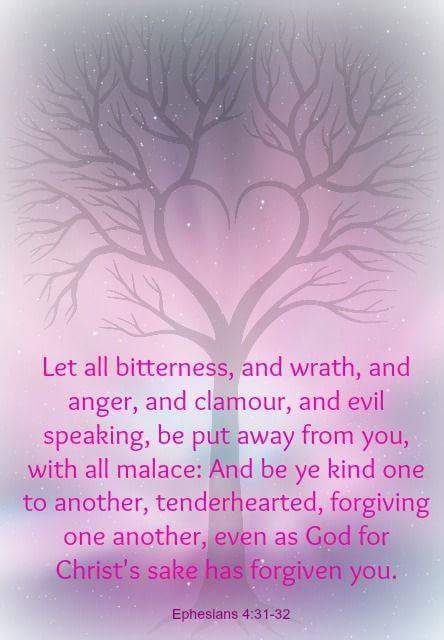 Forgiveness is an act of obedience on our part in response to God’s word. It is not a feeling. Forgiving those who have wronged us, though difficult, is necessary to overcome our inner hurts and pain.

The world’s philosophy tells us to take revenge: You must get even. An eye for an eye, a tooth for a tooth. But we have to demolish such vindictive thoughts, taking them captive to obey Christ (2 Corinthians 10:5). We are told to put off the old nature, put on the new nature and be renewed in the spirit of our minds (Ephesians 4:22-24). By doing so, we do not allow anger to fester (Ephesians 4:26) or bitterness to take root (Hebrews 12:15). 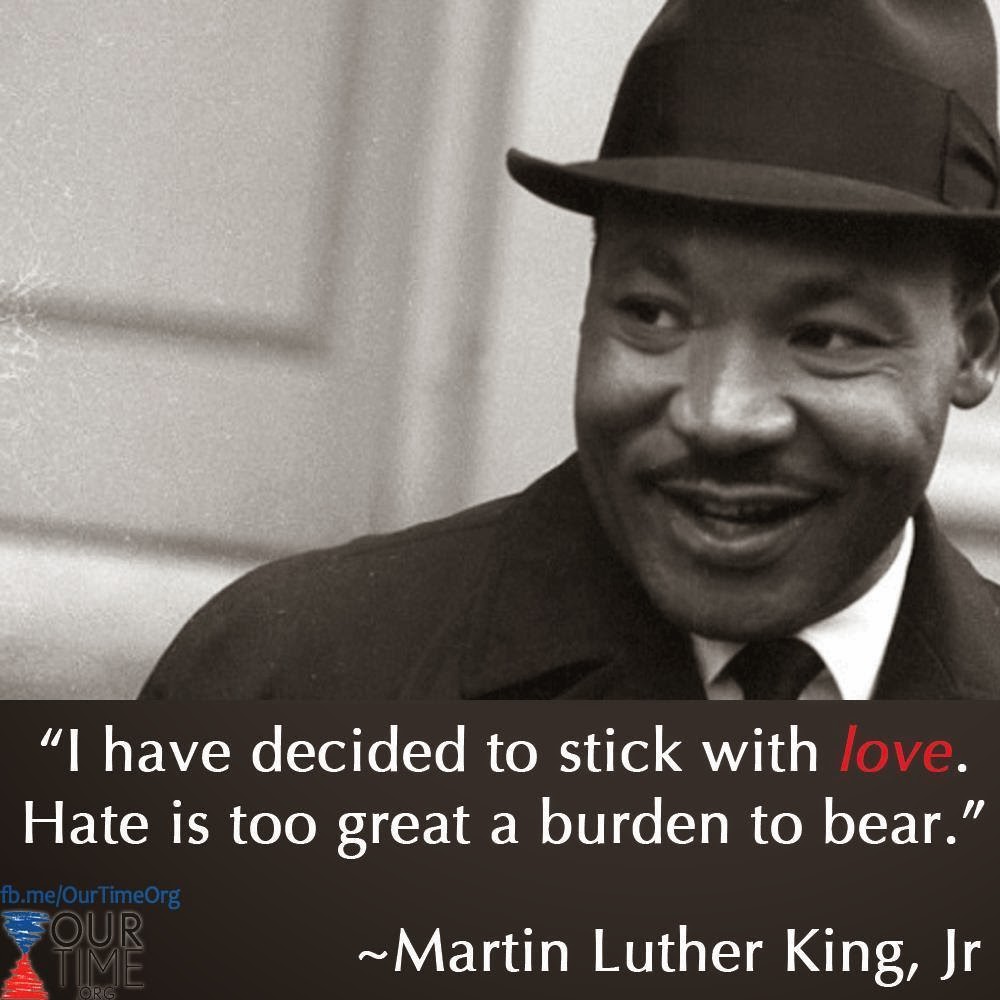 It does not mean we condone the act of injustice inflicted upon us. But we forgive anyway. Forgiveness not only restores our relationship with those who have offended us but also restores our fellowship with God. We also stand to benefit in other ways—physiologically and psychologically. Thus, when we forgive, we are doing ourselves a favour.

According to Dr. Michael Barry, author of the book, The Forgiveness Project, research has shown that more than 60 percent of all cancer patients harbour unforgiveness. Harbouring such a negative emotion creates a state of chronic anxiety.

Chronic anxiety, in turn, produces excess adrenaline and cortisol, which suppresses the production of natural killer cells, the body's defence against cancer cells. As such, forgiveness therapy is being used to treat cancer in some medical centres.

Besides the negative temporal effects, unforgiveness also has spiritual consequences. It cuts off God’s favour from our lives. In fact, those who are forgiven by God but fail to forgive others are handed over to the jailers (torturers) until they pay up their debts (Matthew 18: 34-35).

When we harbour unforgiveness, we are letting Satan take advantage of us (2 Corinthians 2:11). Similarly, if we allow anger to fester, we are giving an opportunity to the devil (Ephesians 4:27). The evil one can only create a stronghold in our lives if we give him a foothold—if we open the door of our lives to him.

The eternal consequences of unforgiveness are serious. We will not be forgiven by God if we fail to forgive others.

When we align ourselves with God’s word—that we are to forgive as we have been forgiven by Christ—we will experience freedom and healing.

Compared to The Great Commission, the healing of emotional wounds may not be a “big thing” as far as the church’s agenda is concerned. Nevertheless, it has a crucial role in liberating and preparing believers for their God-appointed destinies. 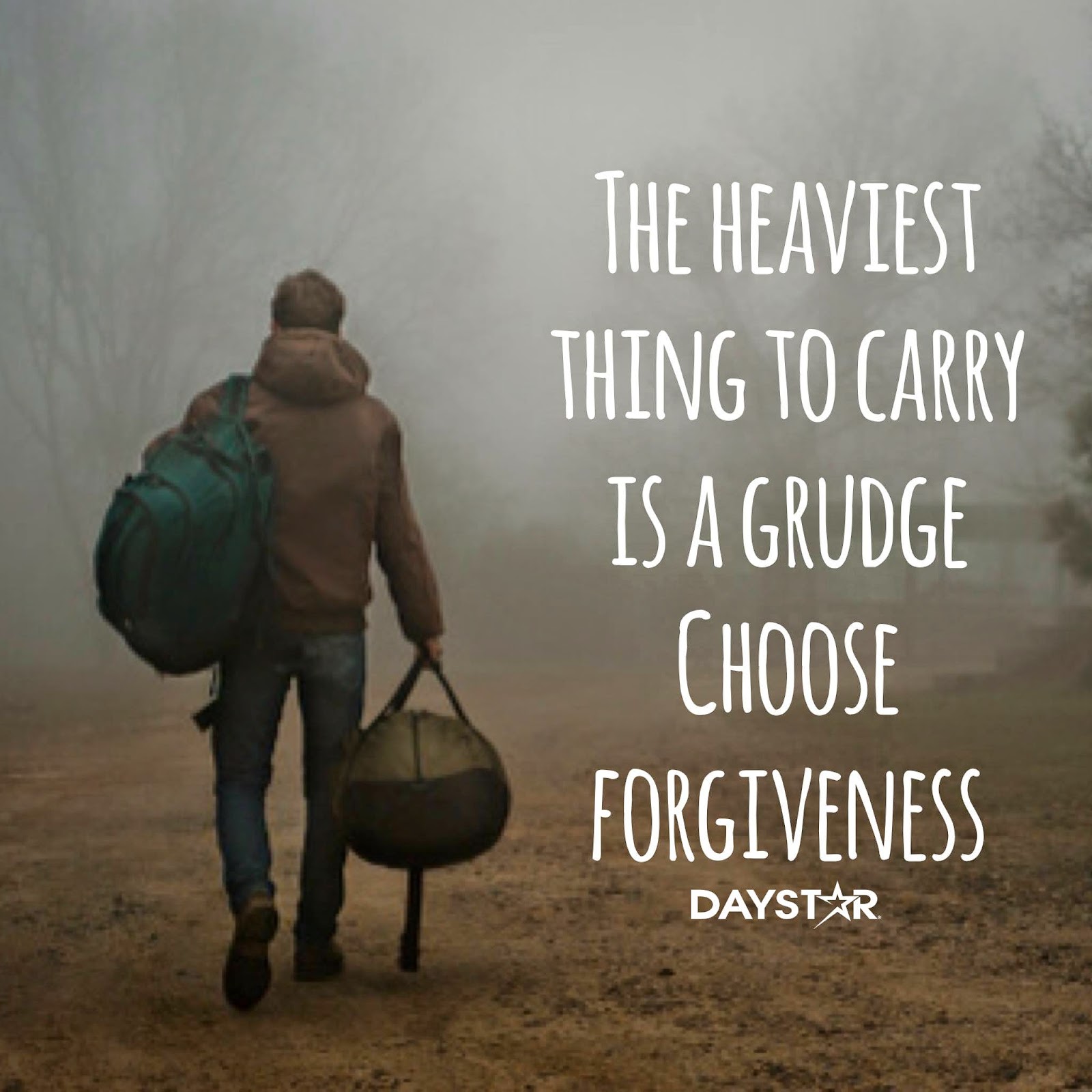 TRAVELLING LIGHT
Many of us have emotional baggage that we lug along even after we have become believers. How do we travel light? What weights should we lay aside in order to run well in the spiritual race?
http://bit.ly/1XVLgkj

FROM BROKENNESS TO MINISTRY
A “burning bush” experience with God set a broken soul free and launched him into an ‘inner healing’ ministry.
http://bit.ly/1NHtVsq

HEALING THE INNER MAN
How we can be set free from bondages, emotional wounds and baggages to live a victorious Christian life—one filled with meaning, purpose and power.
http://bit.ly/1mcFm82