THE POWER OF THE SPOKEN WORD

Speaking forth and declaring the truth in spiritual warfare


Learning from Jesus’ example—how He overcame the devil’s temptation 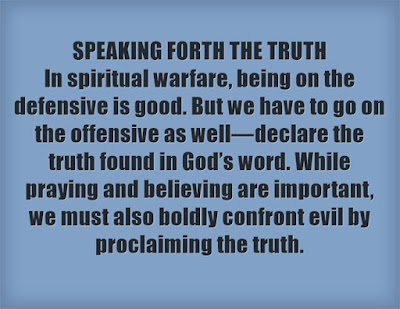 How did Jesus overcome the wiles of the devil when He was tempted in the wilderness? He countered Satan’s lies by proclaiming the truth found in God’s word.

When Jesus was tempted in the wilderness, he drew the Sword of the Spirit (scriptures) to fight against the devil. Physically he was at His weakest moment after a forty-day fast when Satan tempted Him (Matthew 4:1-11). 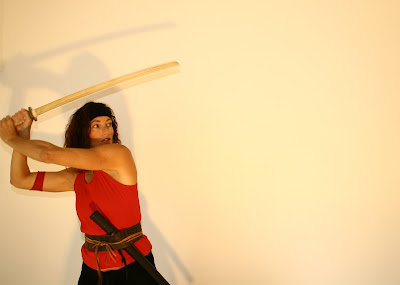 
For each of Satan’s attempts, Jesus overcame the attacker with the Word of God. Jesus rebuked Satan by quoting three times from the book of Deuteronomy:


Even as a boy, Jesus had a firm grasp of scriptures. His parents found him sitting in the temple, learning from the teachers and asking them questions beyond his age (Luke 2:46). Later, after His resurrection, while talking with two believers who were walking towards Emmaus, He confidently referred to the ancient scriptures alluding to Him, beginning with Moses and all the prophets (Luke 24:25-27).

Of course, it is not head knowledge of scriptures which will stand us in good stead against the devil. We also need to be in a right relationship with God, “having girded our loins with truth and having put on the breastplate of righteousness” (Ephesians 6:14).The saints defeat the devil by the blood of the Lamb and by their testimony. None can testify with conviction and power unless they are righteous before God, having been cleansed by the blood of the Lamb (Revelation 12:11). We must give no opportunity to the devil by sinning (Ephesians 4: 27).

We need to bear in mind that, in the second temptation, Satan can even quote scripture: “Throw yourself down and God will send angels to bear you up.” But Jesus withstood Satan's suggestion by saying, "You must not test the Lord your God."

If the devil quotes, “It is written …” we must rebuke him by saying, “It is also written ...” That was what Jesus did. He countered lies with truth. So we, too, must not allow Satan to twist scriptures. We must not only be equipped with the Word but also know how to rightly handle the Word: “Be diligent to present yourself approved to God, a worker who does not need to be ashamed, rightly dividing the word of truth” (2 Timothy 2:15).

These temptations happened before Jesus embarked on His ministry. Even so, we have to be proven faithful before we are called to do God’s work. Like Joseph, we have to demonstrate our ability to overcome trials and testings before we are given the honour of serving Him.

Jesus knew exactly how to wield the Sword of the Spirit when faced with each of the devil’s temptations. If Jesus needed the Word to be victorious against temptation, how much more we, weak mortals, need to be well-equipped with knowledge and understanding of scriptures.

In spiritual warfare, we employ defensive weapons such as the helmet, breastplate and shield, which merely protect us and keep our enemy at bay. While having a solid defense is good, we must not forget to take the offensive. We must learn how to wield and thrust the weapon of offense—the Sword of the Spirit—which is the Word of God (Ephesians 6:10-18).

Let’s examine another occasion that illustrates the power of speaking forth and declaring the truth. The disciples were surprised that the fig tree had so quickly withered away as a result of Jesus’ curse. The Master then took the opportunity to teach his disciples the importance of faith and how to release that faith by “speaking to the mountain”.

Jesus told his disciples, “Have faith in God” (Mark 11:22). He seems to be telling them, “You may think that the mountain (obstacle or problem) you are facing is insurmountable but nothing is impossible when you have faith.”

“Truly, I say to you, whoever says to this mountain, ‘Be taken up and thrown into the sea,’ and does not doubt in his heart, but believes that what he says will come to pass, it will be done for him” (Mark 11: 23).

Notice that apart from having faith, there is a need to declare the truth or expected outcome— speak to the mountain. We must speak out what we believe is true and in accordance with God’s will.

For positive results, our tongue must align itself with our belief. “Death and life are in the power of the tongue and those who love it will eat its fruit” (Proverbs 18:21).

On another occasion, Jesus exercised spiritual authority by rebuking the evil spirit in the demon-possessed boy: “You mute and deaf spirit, I command you, come out of him and never enter him again” (Mark 9:25b).

To be effective in the spiritual warfare, we need faith. As we diligently study God’s word, our faith (shield that protects us from Satan’s arrows) is strengthened. We know our rightful position in Christ—that Satan had already been defeated by Jesus at the cross. “He disarmed the rulers and authorities and put them to open shame, by triumphing over them in him” (Colossians 2:15).

Believers need to know that we are stronger than the evil one because He who is in us is greater than he who is in the world (1 John 4:4). And when we submit ourselves to God and resist the devil, the evil one will flee from us (James 4:7).

Thus, we need to constantly embrace the fact that Satan is already a defeated foe. We do not fight for victory. We merely enforce the victory that Christ has already won for us. 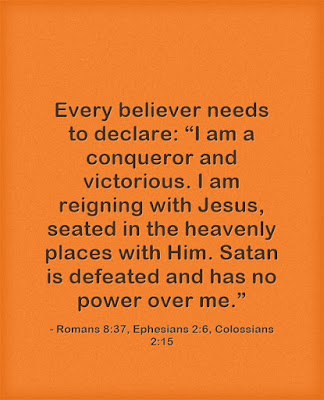 Every believer needs to declare: “I am a conqueror and victorious. I am reigning with Jesus, seated in the heavenly places with Him. Satan is defeated and has no power over me.” (Romans 8:37, Ephesians 2:6, Colossians 2:15).

While praying and believing are important, we must also boldly confront evil by proclaiming the truth.

In spiritual warfare, being on the defensive is good. But we have to go on the offensive as well —declare the truth found in God’s word.

The stakes are high in spiritual warfare. And what is at stake is the eternal destiny of lost souls. The devil—the commander of the powers in the unseen world—is the spirit at work in the hearts of those who refuse to obey God (Ephesians 2:2). We do not wrestle against flesh and blood but against the spiritual forces of evil in the heavenly places (Ephesians 6:12).

As God’s kingdom advances, it meets with resistance from the kingdom of darkness. For lost souls to be freed from the grip of evil, God’s servants have to be intentional and decisive in overcoming the forces of darkness. As believers, we must declare the truth in accordance with scriptures in order to withstand evil.

SPIRITUAL BACKLASH
Spiritual backlash when we attempt to serve God and extend His kingdom is a grim reality. But believers must be bold and persevere in spiritual warfare, not easily intimidated by satan’s devices.
http://bit.ly/1K8aAty

POWER OF WORDS
“Death and life are in the power of the tongue and those who love it will eat its fruit” (Proverbs 18:21).
What we say can edify, encourage or comfort others. Or it may discourage, condemn or make them feel inferior. Words often have permanent and far-reaching effects on its hearers. As such, we should pause to check ourselves before speaking. What are the possible consequences of our words? Once released, words cannot be retracted.
http://bit.ly/1MALLw1


I BELIEVE, HELP MY UNBELIEF
How much faith is needed when we pray? What does Jesus mean when He says, "If you have faith like a grain of mustard seed, you will say to this mountain, ‘Move from here to there,’ and it will move?"
http://bit.ly/1OireN9

I AM A CONQUEROR AND VICTORIOUS