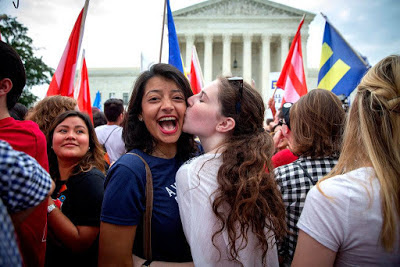 Sex is such a powerful driving force in human life. It is only logical that God who created sexual desire must have also conceived a legitimate means for its fulfillment.

If our sexual drive is not strong, Homo sapiens as a species might face extinction. Mother Nature is careful to ensure this will not happen by making sex a powerful primal urge.

Nevertheless, in some developed countries, the population replacement rate cannot keep pace with the death rate. This phenomenon is not due to weak sex drive. It is a trend among the young to delay marriage in their quest for personal freedom or career advancement.

Firstly, if we have no sexual desire, we are biologically and physiologically abnormal but morally “neutral”. We may need to consult a physician (Matthew 19:12).

Secondly, if we have sexual desire for the opposite sex, we are biologically and physiologically normal. And the only way to fulfil this desire with God’s blessings is within the context of a monogamous, marital relationship.

“The husband should fulfil his wife’s sexual needs, and the wife should fulfil her husband’s needs. The wife gives authority over her body to her husband, and the husband gives authority over his body to his wife. Do not deprive each other of sexual relations, unless you both agree to refrain from sexual intimacy for a limited time so you can give yourselves more completely to prayer. Afterward, you should come together again so that Satan won’t be able to tempt you because of your lack of self-control” (1 Corinthians 7:3-5).

Thirdly, if we have sex with someone who is not our spouse, we are violating God’s law—though we may excuse ourselves, by saying it is biologically and physiologically normal to do so. Premarital sex, cohabiting, extramarital sex (adultery) all fall under this category.

“Don’t you realise that those who do wrong will not inherit the Kingdom of God? Don’t fool yourselves. Those who indulge in sexual sin, or who worship idols, or commit adultery, or are male prostitutes, or practice homosexuality, or are thieves, or greedy people, or drunkards, or are abusive, or cheat people—none of these will inherit the Kingdom of God” (1 Corinthians 6:9-10).

Fourthly, if we have sexual desire for the same sex, we are biologically against the order of nature. And if we seek to gratify this abnormal desire, we are clearly violating God’s laws.

“God let them follow their own evil desires. Women no longer wanted to have sex in a natural way, and they did things with each other that were not natural. Men behaved in the same way. They stopped wanting to have sex with women and had strong desires for sex with other men. They did shameful things with each other, and what has happened to them is punishment for their foolish deeds” (Romans 1:26-27).

Some say that the gender of one’s sex partner is a matter of personal preference—just like some people relish spicy food while others delight in milder, non-spicy food. God would understand, they argue. After all, isn’t He a God of love? Won’t He accept our choice of sexual partner, even if it is the same sex, as long as everything is done in the name of love between consenting adults?

If Mother Nature had intended us to have same-sex partners, she must have made some serious mistakes along the way.

First, let’s reflect on the wisdom behind Mother Nature’s design of the male and female anatomy. Even if we don’t believe in God, we can observe and learn much. A spontaneous “lock and key mechanism” is activated when a man and a woman engage in sex, not when lesbians have sex. The latter would have to improvise or make use of sex toys to make it happen.

Furthermore, the sexual act between heterosexual partners has the potential of producing offspring, thus completing Mother Nature’s cycle of life where seniors get replaced by the young. However, if male homosexuals were to engage in sex, they would be “firing blanks” for the “receiving end” is unfruitful.

By the way, isn’t it repulsive and against the order of nature to mix recreational activity and excretory function in the same conduit? Amphibians, reptiles and birds have a common outlet, termed the cloaca (‘sewer’), into which the intestinal, urinary, and genital tracts open. It is not present in placental mammals. Why should man stoop so low to follow members of the animal kingdom lower in the creation order?

For most, marriage is God’s way of fulfilling our sexual desires. We are biologically wired that way. Not everyone has the gift of celibacy, like the apostle Paul.

In 1 Corinthians 7:7, Paul writes: “But I wish everyone were single, just as I am. Yet each person has a special gift from God.” In citing his own unique situation, Paul does not condemn those who seek to be married. In fact, he says those who cannot control themselves should “marry rather than burn with passion”.

Addressing the issue of moral purity, Paul affirms: “For this is the will of God, your sanctification: that you abstain from sexual immorality; that each one of you know how to control his own body (how to take a wife for himself) in holiness and honour, not in the passion of lust like the Gentiles who do not know God” (1 Thessalonians 4:3-5).

In the preceding passage, it is implied that self-control is, in a sense, made easier when a man has a wife. At least, he will not be so easily tempted (hopefully) when his wife is sexually available to him. The reverse is also true—when a lady has her husband to meet her sexual needs.
Elsewhere, we read: “Marriage is honorable among all, and the bed undefiled; but fornicators and adulterers God will judge” (Hebrews 13:4).

God created us male and female, each with distinctive features, and each having a natural affinity and desire for the opposite sex. We shouldn’t be ashamed of sex because it is God’s marvelous idea—not a creation of Hollywood or Playboy. He meant it for intimacy, recreation and procreation. It’s only when sex is deviant or extramarital that it becomes impure.

So, once again, the four sexual lifestyles in a nutshell:
That which is biologically normal and natural may not necessarily be moral. That’s why sex is the great conundrum. It is a special gift from God that can potentially bless us in so many ways when we obey His moral laws. Conversely, it can bring painful regrets in life—with condemnation in the afterlife—if we break these laws. http://bit.ly/2aidgNr

We are free to choose whatever sexual lifestyle or orientation we may wish. But we will have to face the consequences of our decision. http://bit.ly/23iuaiH 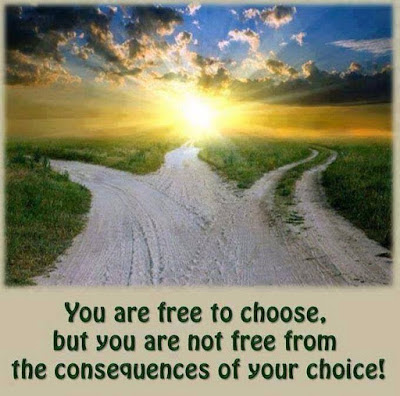 Caveat: This article does not imply that marriage is primarily about sex. Sexual fulfillment is just one aspect of marriage. The other aspects are love, companionship, communication, mutual support and encouragement—to complement our spouses’ weaknesses. http://bit.ly/1mxJ178

HAPPILY EVER AFTER
Marital bliss, like trouble-free motoring, depends on one thing: Follow the prescribed manual.
http://bit.ly/19dSlGo

THE SPLENDOUR OF LOVE
What makes love a many-splendoured thing? Its unique characteristics that begin with the letter P.
http://bit.ly/1mxJ178

SINGLE AND FULFILLED
Singles should embrace life to the full for God's glory. They should view singlehood as a wonderful state where they are able to serve God wholeheartedly, free from the concerns of family life and having to please their spouses.
http://bit.ly/1cXpC4D

GOD FORGIVES BUT CONSEQUENCES OF SIN REMAIN
Though God in His mercy forgives, the consequences of sin often remain.
http://bit.ly/2aidgNr

AGAINST THE ORDER OF NATURE
When it comes to sexual orientation, we are free to choose whatever we wish. But, having decided, we cannot choose the consequences of our decision.
http://bit.ly/1T504sn

FOUR STEPS TO PROTECT YOUR CHILD FROM THE INFLUENCE OF THE GAY LIFESTYLE
http://www.charismamag.com/life/women/27090-4-steps-to-protect-your-child-s-faith-in-a-culture-that-promotes-the-gay-lifestyle

LESBIANISM CONDONED AND ENDORSED
Have learned men and women become dull in their understanding when there are clear instructions in scripture? Or is it a matter of knowing the truth but willfully refusing to follow the truth?

http://www.charismanews.com/us/58669-married-lesbian-ordained-as-methodist-bishop-led-by-the-holy-spirit
Posted by P A Lim at 01:00