DOES GOD EVER GIVE UP ON SINNERS?

Can God run out of patience towards sinners? Is there a limit to His abundant grace and mercy?

In the account of the woman caught in the act of adultery (John 8:3-11), the crowd was so vicious towards her that they wanted to stone her. But Jesus showed her mercy and forgave her. However, He required repentance and holiness from her. Jesus said to her, “Neither do I condemn you; go and sin no more.”

However, can God run out of patience towards sinners? Are there occasions when He gives up on sinners and leaves them to face His judgment?

We can harbour extreme views of God in our minds. If we embrace the notion that God is always loving and merciful, we think that He is like an indulgent Santa Claus. But when we picture Him as holy and just, we sense that He is like a no-nonsense, strict Judge. The true picture is somewhere in the middle of these extremes.

In Romans chapter 1, with regards to those who have unnatural lusts, the expression ‘God gave them up’ appears three times:

“Therefore God gave them up in the lusts of their hearts to impurity, to the dishonoring of their bodies among themselves” (Romans 1: 24).

“For this reason God gave them up to dishonorable passions. For their women exchanged natural relations for those that are contrary to nature;  and the men likewise gave up natural relations with women and were consumed with passion for one another, men committing shameless acts with men and receiving in themselves the due penalty for their error” (Romans 1: 26,27). More on those whose sexual orientation is against the order of nature: http://bit.ly/1T504sn

“And since they did not see fit to acknowledge God, God gave them up to a debased mind to do what ought not to be done” (Romans 1: 28).

Why did God give them up? “For although they knew God, they did not honor him as God or give thanks to him, but they became futile in their thinking, and their foolish hearts were darkened. Claiming to be wise, they became fools” (Romans 1:21-22).

Secondly, when God sent various plagues on Egypt, Pharaoh did not relent by letting the Israelites go as requested by Moses. The ruler repeatedly hardened his heart (Exodus 8: 32). Later, as more plagues were released, God further hardened his heart (Exodus 11:10). This hardening of man’s heart by God is reiterated in the New Testament: “So you see, God chooses to show mercy to some, and He chooses to harden the hearts of others so they refuse to listen” (Romans 9: 18).

The danger is when our hearts become hardened and calloused, like Pharaoh, to the extent we are no longer willing to repent.

So far we have looked at God’s dealings with unbelievers—how, on certain occasions, He got so fed up that He gave up trying to get them reconciled to Him; instead He let judgment take its course. 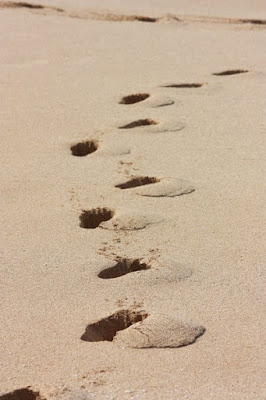 Now let us consider how God deals with believers. Does He ever give up on them because of stubbornness and the severity of their sins?

Delivered from slavery, the Israelites who left Egypt in a great exodus fell into sin in the wilderness. They committed idolatry and sexual immorality. They rebelled against God and hardened their heart. And, consequently, they perished in the desert and failed to enter the Promised Land (Hebrews 3:14-19, 1 Corinthians 10:1-12).

If we continue to willfully live in sin and persistently harden our heart, we pour contempt on the forgiveness of God made available through Christ’s blood. Finally, we will have to face God’s judgment. The point of no return has been crossed. The die has been cast.

For if we go on sinning deliberately after receiving the knowledge of the truth, there no longer remains a sacrifice for sins, but a fearful expectation of judgment, and a fury of fire that will consume the adversaries. Anyone who has set aside the law of Moses dies without mercy on the evidence of two or three witnesses. How much worse punishment, do you think, will be deserved by the one who has trampled underfoot the Son of God, and has profaned the blood of the covenant by which he was sanctified, and has outraged the Spirit of grace? For we know him who said, “Vengeance is mine; I will repay.” And again, “The Lord will judge his people.” It is a fearful thing to fall into the hands of the living God.
(Hebrews 10:26-31).

In fact, believers who willfully live in sin stand to receive even worse judgment than  unbelievers because they have been enlightened about the truth but choose to turn away from God’s ways (2 Peter 2:20-22).

If we take God’s grace and mercy for granted by sinning repeatedly, and by hardening our heart, we may pass the point of no return and face God’s judgment.

The danger of hardening of our heart has been stressed three times in consecutive chapters—Hebrews 3:7-8; Hebrews 3:15 and Hebrews 4: 7. 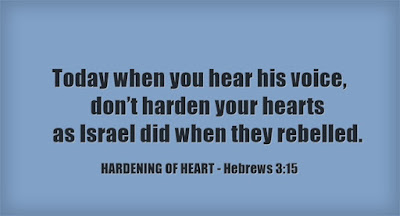 There is always tension between God's grace and mercy AND His justice and righteousness. As believers, we do not lose our salvation when we sin—provided we repent (1 John 1:9). But if we abuse this privilege, continue to willfully live in sin and persistently  harden our heart, a stage will be reached when we pass the point of no return (Hebrews 10:26-31).

God always deals with man in accordance with the two contrasting sides of His character. He is loving and merciful as well as holy and just. If we are forced to make a difficult choice between them, it is better to err on the side of His holiness rather than on His mercy. We have everything to lose if we think He is an indulgent God and, finally, it turns out He is not!

Paul says, on one hand, that nothing can ever separate us from God’s love (Romans 8: 39).  On the other hand, he also says he has to be disciplined in running the spiritual race so that he will not be disqualified (1 Corinthians 9:27). Though God will eventually bring to completion the good work He began in us (Philippians 1: 6), we still have to work out our salvation with fear and trembling (Philippians 2:12).

We need to have a healthy, reverential fear of God because He is coming again as the ultimate Judge (whereas He first came as the gentle Lamb of God, whose blood was shed for the forgiveness of our sins).

Living in sin, presuming upon on His grace and mercy—but not recognising His attributes of justice and righteousness—may lead us along the path of eternal damnation.

In summary, God does give up on people if they continue to willfully live in sin, remain stiff-necked and rebellious, and persistently harden their hearts. They will then have to face His judgment.

We see this principle illustrated in three different accounts in the Bible: 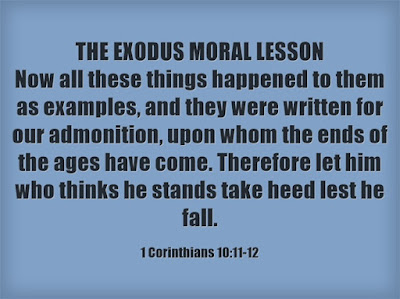 How do we know when we have reached the end of God’s tolerance for sin in our lives?

Nobody knows except God. But we can be assured He is a righteous and fair judge. He knows our heart’s true condition—whether we are living in sin or deep in our heart we want to please God but fall into sin on and off.

God alone knows those who belong to Him—those who are really sincere in wanting to please Him. Let everyone who confesses the name of God turn away from wickedness (2 Timothy 2:19).

AGAINST THE ORDER OF NATURE
What does the Bible have to say about those whose sexual orientation is against the order of nature?
http://bit.ly/1T504sn

ONCE SAVED, FOREVER SECURE?
Some Christians believe, once they are saved, absolutely nothing can happen to them to alter their destiny. Even though they might live in sin or deny God, they believe that one day they will surely reach their final destination in heaven. Is this belief true?
http://bit.ly/1MPWDB0
Posted by P A Lim at 00:38