IT TAKES TWO TO TANGO

Though believers in Christ are heaven-bound, there are conditions to be fulfilled before we arrive at our final destination and claim our eternal reward.

But has this ever crossed our minds?

God may not leave us but we can walk away from God.

It takes two to tango. 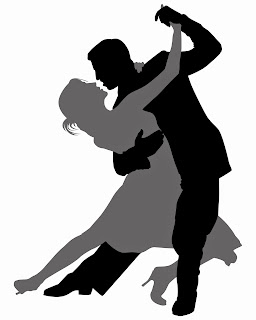 Some also like to emphasise the fact that God keeps us in the faith (Philippians 1:6, Jude 1:24). Well, that is true to a certain extent.

But have we considered the fact that everyone has a will? That makes everyone capable of saying 'Yes' or 'No' to God, even after conversion (2 Timothy 2:12, Joshua 24:15).

And, because we have a will, we can choose the way we live our lives. In fact, the Christian walk is a moment-by-moment experience whereby we can choose to serve the spirit or flesh—as opposed to a ‘once and for all’ experience of victory. Notice our free will is operative even after we are saved. http://bit.ly/1awc42C 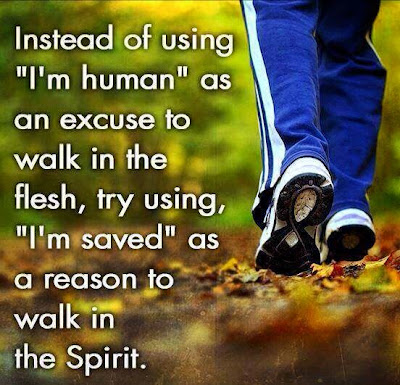 Though believers in Christ are heaven-bound, there are conditions to be fulfilled before we arrive at our final destination and claim our eternal reward.

Let’s examine some passages which are less “popular” but, nevertheless, are relevant in helping us understand why it takes two to tango.

Our faith endures till the end and we do not deny God:
If we endure,
We shall also reign with Him.
If we deny Him,
He also will deny us.
(2 Timothy 2:12)

We do not fall away or commit apostasy:
For it is impossible for those who were once enlightened, and have tasted the heavenly gift, and have become partakers of the Holy Spirit, and have tasted the good word of God and the powers of the age to come, if they fall away, to renew them again to repentance, since they crucify again for themselves the Son of God, and put Him to an open shame.
For the earth which drinks in the rain that often comes upon it, and bears herbs useful for those by whom it is cultivated, receives blessing from God; but if it bears thorns and briers, it is rejected and near to being cursed, whose end is to be burned.
(Hebrews 6: 4-8)

For if, after they have escaped the pollutions of the world through the knowledge of the Lord and Savior Jesus Christ, they are again entangled in them and overcome, the latter end is worse for them than the beginning. For it would have been better for them not to have known the way of righteousness, than having known it, to turn from the holy commandment delivered to them. But it has happened to them according to the true proverb: “A dog returns to his own vomit,” and, “a sow, having washed, to her wallowing in the mire.”
(2 Peter 2:20-22)

We are not complacent that we are God’s chosen but remain faithful—not fall away like the originally favoured people, the Jews:
And if some of the branches were broken off, and you, being a wild olive tree, were grafted in among them, and with them became a partaker of the root and fatness of the olive tree, do not boast against the branches. But if you do boast, remember that you do not support the root, but the root supports you.
(Romans 11:17-18)
For if God did not spare the natural branches, He may not spare you either. Therefore consider the goodness and severity of God: on those who fell, severity; but toward you, goodness, if you continue in His goodness. Otherwise you also will be cut off.
(Romans 11: 21-22).

We are able to overcome persecution, apostasy and deception
Then you will be handed over to be persecuted and put to death, and you will be hated by all nations because of me. At that time many will turn away from the faith and will betray and hate each other, and many false prophets will appear and deceive many people. Because of the increase of wickedness, the love of most will grow cold, but the one who stands firm to the end will be saved.
(Matthew 24: 9-13)

We are able to overcome sin and unbelief
He who overcomes shall inherit all things, and I will be his God and he shall be My son. But the cowardly, unbelieving, abominable, murderers, sexually immoral, sorcerers, idolaters, and all liars shall have their part in the lake which burns with fire and brimstone, which is the second death.
(Revelation 21:7-8) 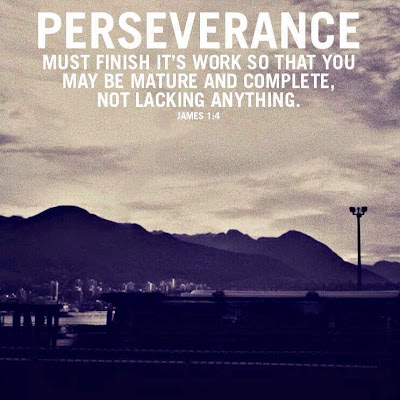 We continue to hold fast to sound doctrine—not led astray by heresies of wolves lurking within the church
For I know this, that after my departure savage wolves will come in among you, not sparing the flock. Also from among yourselves men will rise up, speaking perverse things, to draw away the disciples after themselves. Therefore watch, and remember that for three years I did not cease to warn everyone night and day with tears.“So now, brethren, I commend you to God and to the word of His grace, which is able to build you up and give you an inheritance among all those who are sanctified.
(Acts 20:29-32)

But you must continue in the things which you have learned and been assured of, knowing from whom you have learned them, and that from childhood you have known the Holy Scriptures, which are able to make you wise for salvation through faith which is in Christ Jesus.
All Scripture is given by inspiration of God, and is profitable for doctrine, for reproof, for correction, for instruction in righteousness, that the man of God may be complete, thoroughly equipped for every good work.
(2 Timothy 3:14-17)

But even if we, or an angel from heaven, preach any other gospel to you than what we have preached to you, let him be accursed.
(Galatians 1:8)

Jesus told the people who had faith in him, “If you keep on obeying what I have said, you truly are my disciples. You will know the truth, and the truth will set you free.”
(John 8:31-32)

We are able to overcome sin and unbelief—unlike the children of Israel who fell after being delivered from slavery in Egypt.
But I want to remind you, though you once knew this, that the Lord, having saved the people out of the land of Egypt, afterward destroyed those who did not believe.
(Jude 1:5)

Now these things became our examples, to the intent that we should not lust after evil things as they also lusted. And do not become idolaters as were some of them. As it is written, “The people sat down to eat and drink, and rose up to play.” Nor let us commit sexual immorality, as some of them did, and in one day twenty-three thousand fell; nor let us tempt Christ, as some of them also tempted, and were destroyed by serpents; nor complain, as some of them also complained, and were destroyed by the destroyer. Now all these things happened to them as examples, and they were written for our admonition, upon whom the ends of the ages have come. Therefore let him who thinks he stands take heed lest he fall.
(1 Corinthians 10:6-12)

We ourselves are accountable in keeping God’s law. Starting out well is not enough; we must finish well.
The soul who sins shall die. The son shall not bear the guilt of the father, nor the father bear the guilt of the son. The righteousness of the righteous shall be upon himself, and the wickedness of the wicked shall be upon himself. But if a wicked man turns from all his sins which he has committed, keeps all My statutes, and does what is lawful and right, he shall surely live; he shall not die.
(Ezekiel 18: 20-21)
But when a righteous man turns away from his righteousness and commits iniquity, and does according to all the abominations that the wicked man does, shall he live? All the righteousness which he has done shall not be remembered; because of the unfaithfulness of which he is guilty and the sin which he has committed, because of them he shall die.
(Ezekiel 18: 24-25)

Unless the righteous man who commits sin repents, he will face judgment. http://bit.ly/1rcYJzl

Many believers find it difficult to accept the HARD SAYINGS outlined in the above passages. Or they might rationalise them away and choose to cherry pick the more acceptable verses. http://bit.ly/1bus4hn

Many only want to hear the soft, comforting and pleasant truths that tickle the ears. http://bit.ly/Jk0DAA 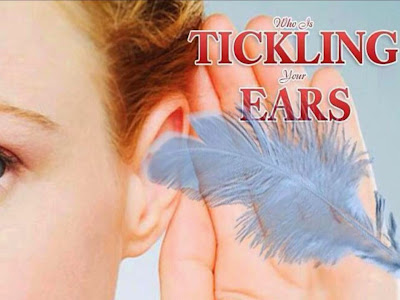 For the time will come when they will not endure sound doctrine, but according to their own desires, because they have itching ears, they will heap up for themselves teachers; and they will turn their ears away from the truth, and be turned aside to fables.
(2 Timothy 4:3-4)

God plays a great part in our Christian walk. He is faithful when we are faithless, forgives us countless times and restores us when we fall. His grace also empowers us to follow His commandments.

But I think we have this tendency to shift the responsibility in our spiritual pilgrimage to God—and downplay our part through it all.

“Work out your own salvation with fear and trembling; for it is God who works in you both to will and to do for His good pleasure” (Philippians 2:12b-13).

It is hoped that this article will set a much-needed balance in our Christian worldview.

MORE THAN UNMERITED FAVOUR
As believers, have we come to a point in our faith walk when we say to ourselves, “Thank you God for taking me as I am,” and then happily go on our way? After all, as some teachers say, believers always enjoy God’s unmerited favour—grace beyond measure—whatever we do or don't do. Does it mean then we don’t need to improve ourselves in areas such as self-discipline and character? Does it mean then that we need not strive for excellence?
http://goo.gl/w8gpZt

CAN TRUE BELIEVERS DENY THEIR MASTER?
In light of the pressure faced by persecuted Christians in the Middle East, this is an important question that needs to be asked.
http://bit.ly/SFapBp

SAVED AND SECURE?
Is there eternal security for believers if they deny God or continue living in sin?
http://bit.ly/1mIQKvq

ALL YOU WANT TO KNOW ABOUT GRACE AND HYPER-GRACE BUT WERE AFRAID TO ASK—IT’S ALL HERE FOR YOU IN A NUTSHELL
http://goo.gl/KDNIJ9 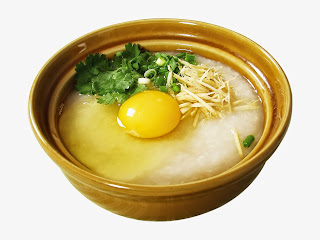 To access similar articles in Asian Beacon magazine:
http://asianbeacon.org/?s=Lim+Poh+Ann
Posted by P A Lim at 06:53