Is it God’s will to heal faithful believers always?

Doctors treat but God heals. As a Christian for forty years and a practising doctor for thirty years, I have seen people being healed in so many different ways—through supernatural means and medicine/surgery.

Yet, I have also seen many who have not been healed, irrespective of their denomination or the strength of their faith.

True, He is Jehovah Rapha (Exodus 15:26)—God our healer. But He is also a sovereign God.

God, being sovereign, does not heal always. And we cannot possibly fathom why some remain unhealed. Many disabled people gathered round the pool of Bethesda. But Jesus chose to demonstrate His healing virtue to one invalid (John 5:2-9).

I know of a devout lady with terminal cancer who, while admitted for chemotherapy, witnessed to fellow hospital mates and brought a few of them to the faith. She was so upbeat and positive even to the very end. She was faithfully giving her all to the Master and others despite her own suffering. Yet she succumbed to the cancer shortly after admission.

On the other hand, I had dinner recently with a long lost friend who used to hold healing and deliverance meetings in India. He said he witnessed so many amazing cases of supernatural healing there. Poor, desperate and spiritually hungry, people walked for miles to the place of the meeting. They had great need, faith and expectancy. And God SHOWED UP! They were not disappointed.

In both the above scenarios, we see God's sovereignty at work. 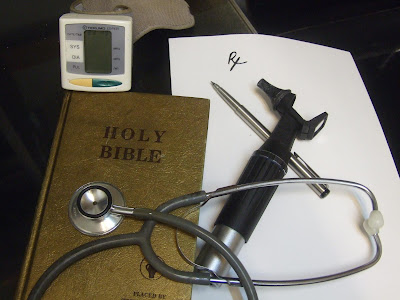 Apart from God’s sovereignty, I think the reason why people are not healed always is because everyone has to die somehow, some day. It is the inevitable consequence of the Fall—Adam’s sin and its aftermath.

The apostle Paul speaks of the body as an earthly tent: “For we know that if the earthly tent we live in is destroyed, we have a building from God, an eternal house in heaven, not built by human hands” (2 Corinthians 5:1). This body, which has been continuously subjected to degeneration and decay from the day we are born, will one day be redeemed (Romans 8: 21, 23). Paul then ends by saying it is a glorious hope that, one day, we will receive new bodies which will no longer be subject to decay (2 Corinthians 5:3-4, Romans 8:24-25).

If God heals always when sick people are ministered to, then we will not have to die and will hypothetically live forever. Then how are we going to expire? We have to die, in most cases, of some illness (for example, heart attack, stroke, or cancer) if we don’t die of accidents. Do you know of anyone of the likes of Enoch and Elijah who get translated to heaven without dying?

Paul instructed young Timothy to take wine for the sake of his frequent ailments (1 Timothy 5:23). Epaphroditus was sick and almost died (Philippians 2:27). Can such faithful servants of God, held in high regard by Paul, be considered to have fallen into sin or deemed to be lacking in faith that they had to endure sicknesses? Can they be considered ignorant of God’s so-called provision of healing in the atonement, as many would be quick to defend based on 1 Peter 2: 24? http://cicministry.org/commentary/issue14.htm

God does not answer all our whys this side of eternity when we’re confronted with non-healing—even when all the prerequisites have been fulfilled for miraculous healing. His thoughts and ways are higher than that of ours.

BY HIS STRIPES WE ARE HEALED?
Is physical healing included when Christ atoned for our sins at the cross? Yes or No?

WHEN GOD DOES NOT HEAL
http://bit.ly/1lSxCts

DON'T TRY TO FIGURE IT OUT
http://bit.ly/1graob4

HEALING VERSUS SOVEREIGNTY OF GOD
http://bit.ly/IHpNZA

For we know that when this earthly tent we live in is taken down (that is, when we die and leave this earthly body), we will have a house in heaven, an eternal body made for us by God himself and not by human hands. We grow weary in our present bodies, and we long to put on our heavenly bodies like new clothing. For we will put on heavenly bodies; we will not be spirits without bodies. While we live in these earthly bodies, we groan and sigh, but it’s not that we want to die and get rid of these bodies that clothe us. Rather, we want to put on our new bodies so that these dying bodies will be swallowed up by life. God himself has prepared us for this, and as a guarantee he has given us his Holy Spirit.
(2 Corinthians 5: 1-5) NLT.
Posted by P A Lim at 20:28